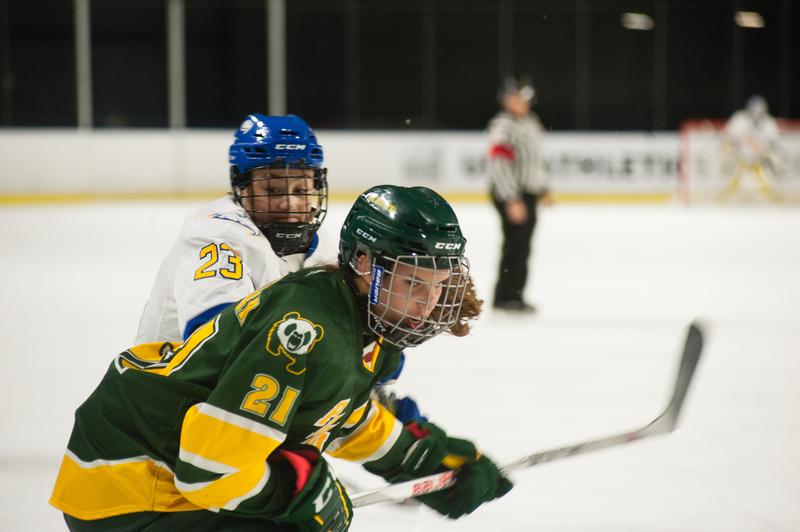 In a weekend match up against the reigning U Sports champions, the UBC women’s hockey team saw the tables turned on them — though they earned a 3-2 overtime victory against the University of Alberta Pandas on Friday night, the 'Birds saw the scoreline reversed in Saturday afternoon's game.

On Friday night, UBC head coach Graham Thomas was impressed with the team’s win, especially against the defending national champions.

“This has been our overall best full game this year,” said Thomas after the game. “Especially against the number one team in the country, great competitors and a great team like Alberta.”

Eight minutes into the first period, the ’Birds were first to get onto the scoreboard. After a penalty against the Pandas’ Deanna Morin for cross-checking, forward Cassandra Vilgrain netted the goal for UBC from the slot during the ensuing power play.

Less than two minutes into the second frame, the ’Birds doubled their lead, putting the biscuit in the basket again on a power play. Alberta goalkeeper Kirsten Chamberlain was able to make a blocker save on forward Emily Costales’ wrist shot before forward Logan Boyd rebounded the puck.

A few minutes after UBC’s second goal, the Pandas’ Ashley Morin and ’Birds Kirsten Toth each received a penalty, with Toth’s being four minutes. Lindsay Weech then buried the puck for the Pandas on the power play that followed, cutting the ’Birds’ lead in half. 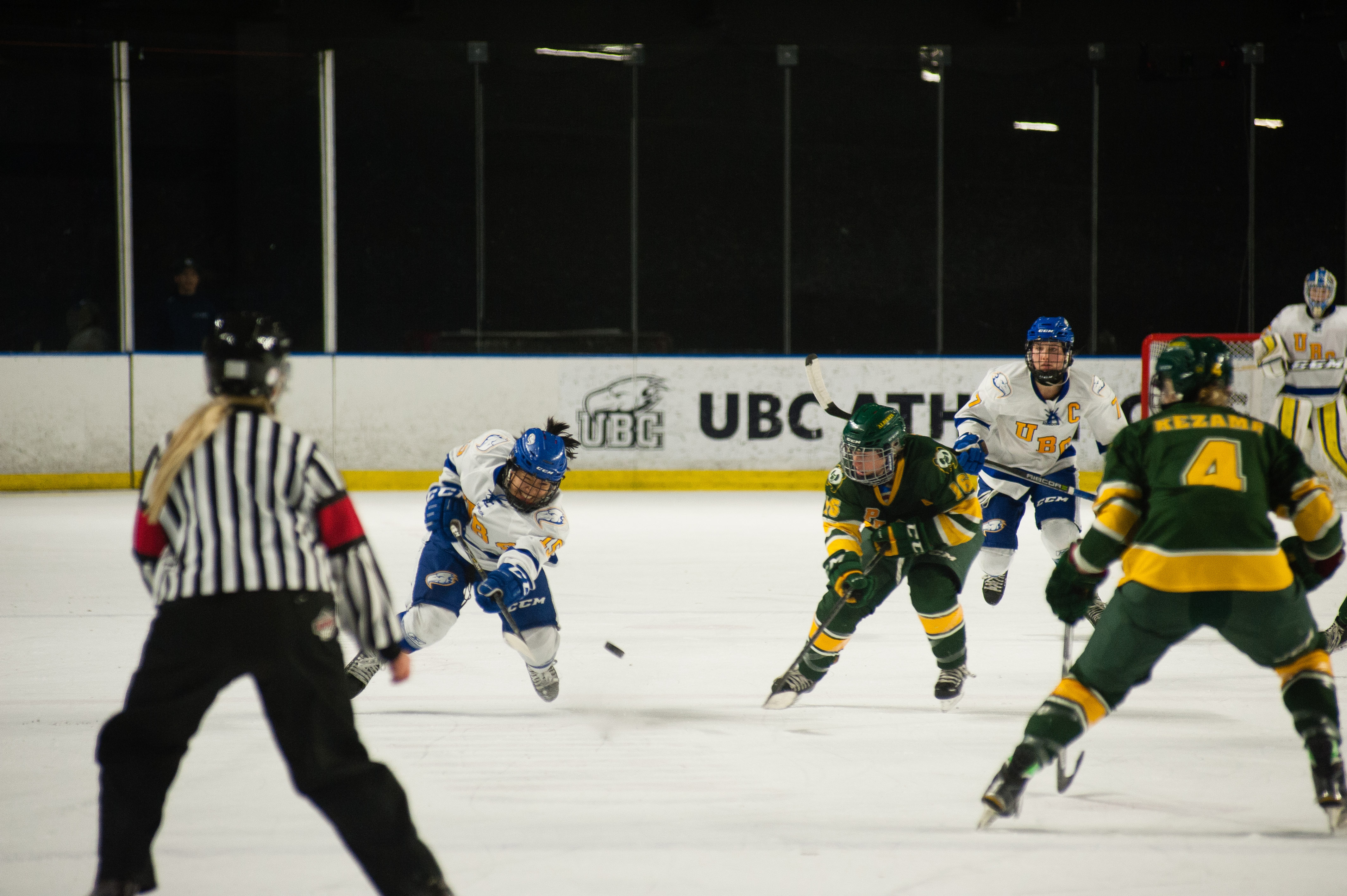 With UBC leading 2-1 after two frames, neither team scored again until 12 minutes after the start of the third. As the ’Birds were on offence, Alberta’s Amy Boucher managed a breakaway before beating Thunderbirds goalie Tory Micklash for the equalizer.

Two minutes later, the game ground to a halt after an on-ice collision between UBC’s Vilgrain and Alberta’s Deanna Morin, resulting in both players leaving the game.

“It was a pretty scary moment there,” said Thomas. “[The players] were learning how to play relaxed and focused in those tense moments, so it was a good learning experience.”

With no scoring from either team in the remainder of the third, the game went into overtime. In the final two minutes, Shay-Lee McConnell secured the victory for UBC when she caught a cross-ice pass from teammate Ireland Perrott and found herself on a breakaway. It was McConnell’s first goal of her varsity career. 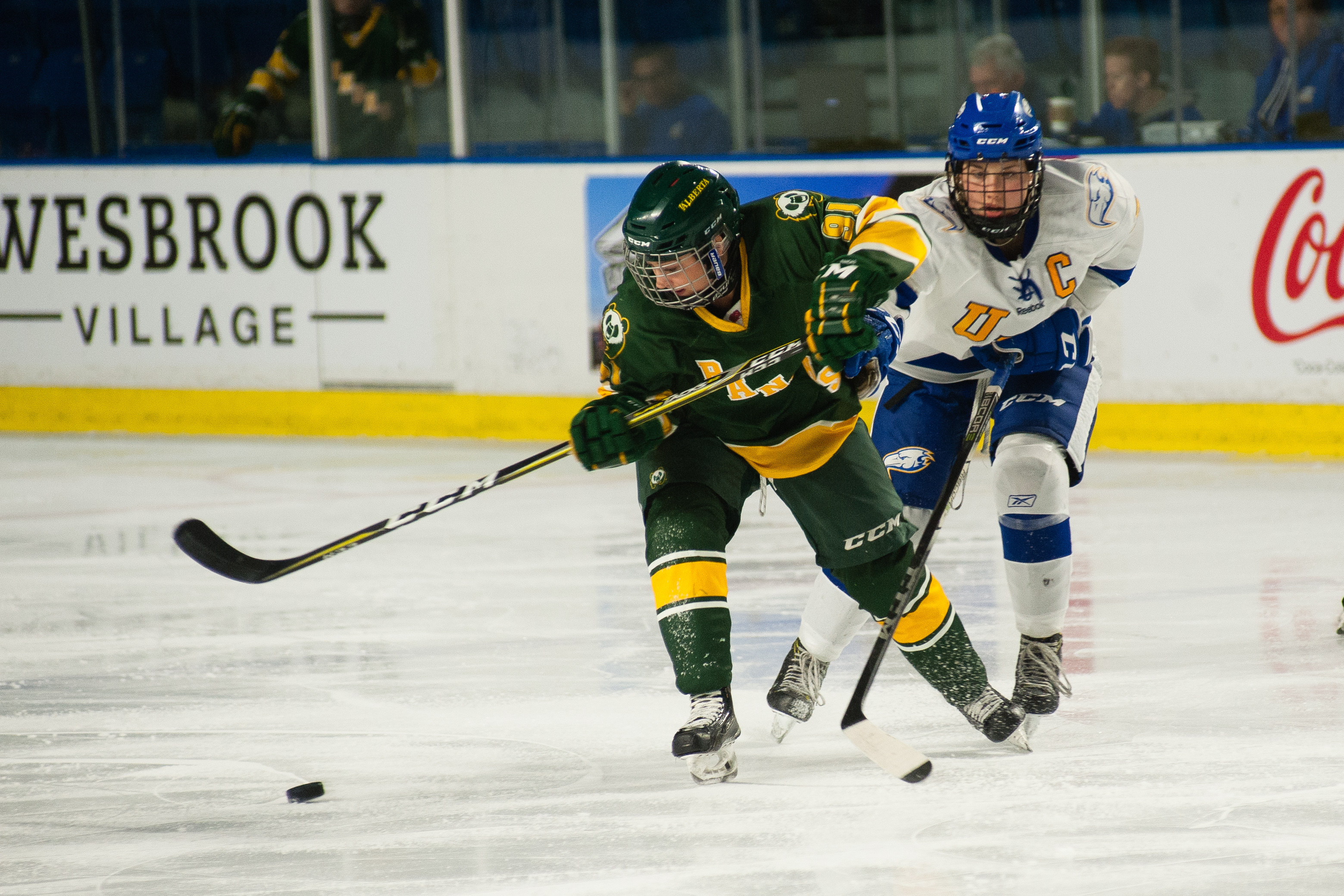 “It was awesome. Good pass, and as a team we fought hard and we really deserved that win, so it felt nice,” said McConnell.

It was also the ’Birds’ eighth straight game where they allowed two or fewer goals.

“I believe defence wins championships. We've got to be defensively sound and take care of our end first,” said Thomas. “We started our focus from the very beginning with the defensive zone.”

On Saturday afternoon, the Pandas took the overtime advantage, finishing the game on the upper hand at 3-2.

With the split weekend, the 'Birds move to a 9-5-0 record in Canada West. Next weekend, the team heads to Winnipeg to face the Manitoba Bisons.