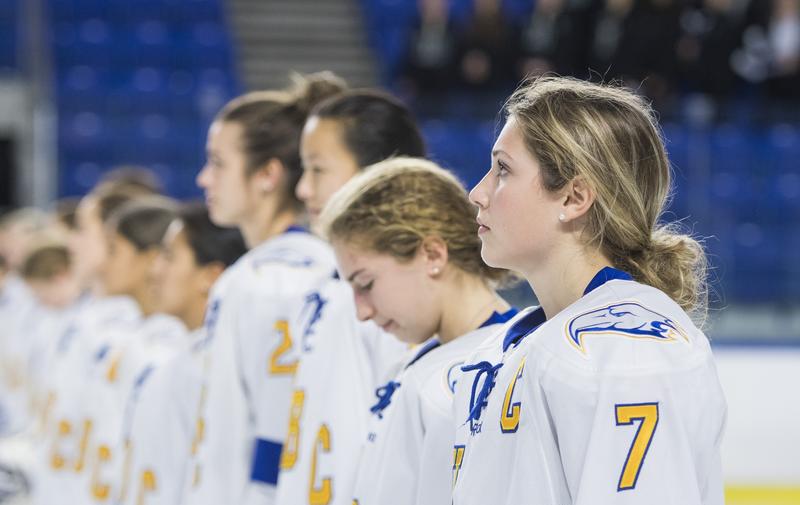 The Thunderbirds hit the ice for their first weekend of the 2017 regular season. Courtesy UBC Athletics

With the 2017 women’s hockey season finally underway, the T-Birds team split their debut doubleheader against the Manitoba Bisons in front of their home fans.

In the first game on Friday night, the ’Birds trailed 5-2 by the end of the second, having given up three goals on Bison power plays. Still, thanks to two goals by UBC defenceman Celine Tardif in the final frame, Manitoba came out with a 5-4 win in the end. Logan Boyd and Emily Costales had the other two goals for the ’Birds.

On Saturday, the Thunderbirds were looking for a redemption victory and they did just that as they routed the Bisons 4-1.

“At the end of yesterday’s game, we showed a lot of heart. Everybody on the ice dug really deep to come back,” T-Bird forward Jaedon Cooke said after the game. “We just kept our train rolling into this game and that was our mentality.”

Midway into the first frame, Boyd recorded her second goal of the weekend, putting the biscuit in the basket from the right circle for the ’Birds.

It didn’t take long before UBC saw their next power play goal. As Bisons captain Caitlyn Fyten was serving a penalty for body checking, Cooke lit the lamp and bumped the ’Birds up to a 3-0 lead by the end of the first.

“That’s a really great hockey team and we got to come out ready to play," UBC head coach Graham Thomas said. 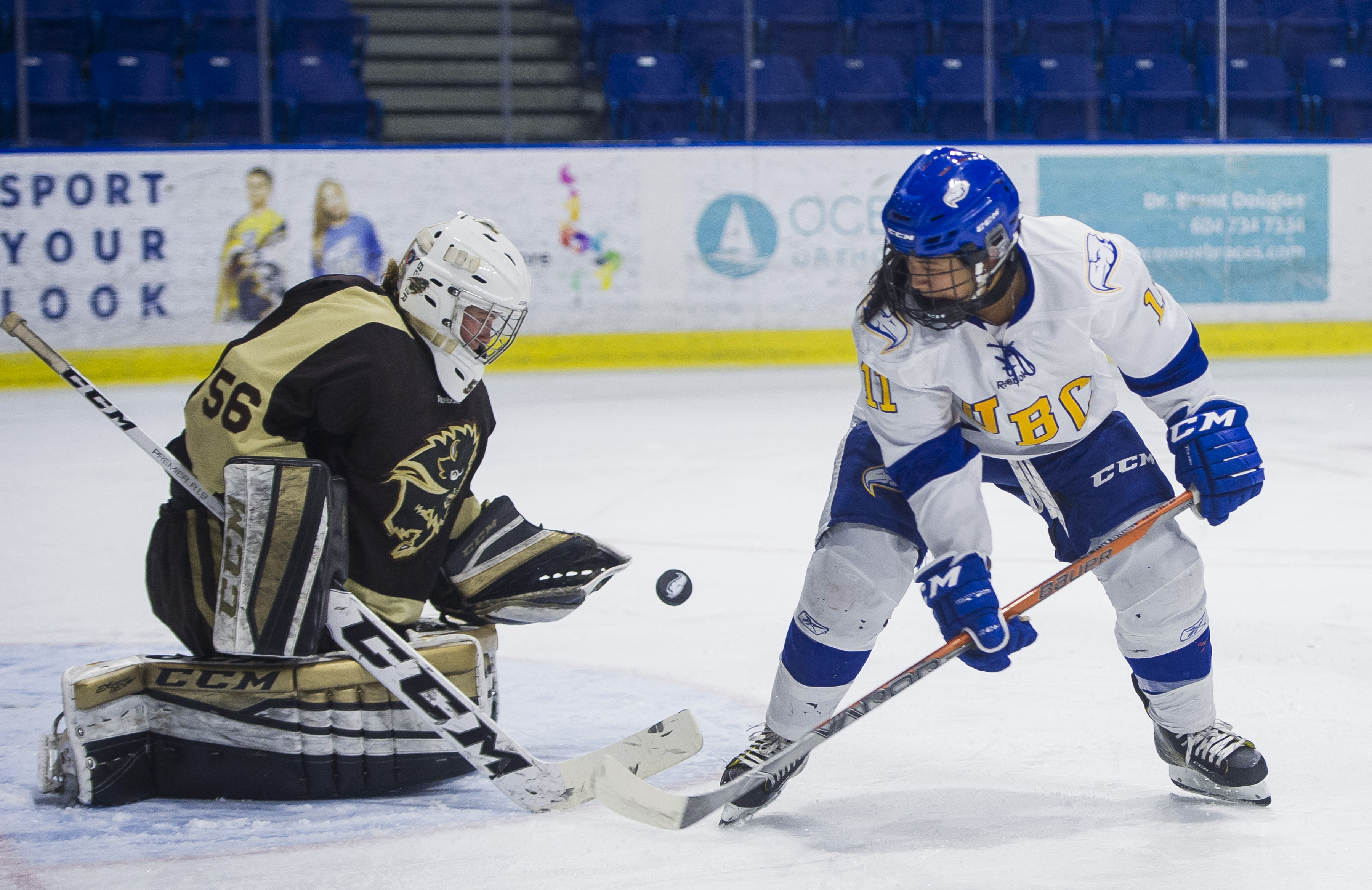 At the start of the second frame, the penalty troubles continued for the Bisons. This time, Alexandra Henderson received a major penalty and game misconduct for body checking. One minute into the power play, the ’Birds showed strong offensive pressure once again, culminating in a goal by third-year forward Hannah Clayton-Carroll.

“Our power play’s got to be effective in the game,” said Thomas. “There have been struggles in the preseason … but we got it figured out and we’re keeping it.”

Despite the four-goal deficit, the Bisons’ momentum picked up in the remainder of the frame. With four power plays in the second period, Manitoba produced several close scoring chances. Still, the only time they found an opening was during a 5-on-3 in the final three minutes of the frame, when Bisons defender Erica Rieder rebounded a deflection off the blocker of UBC goaltender Tory Micklash.

At the second period’s final buzzer, the ’Birds held a 4-1 lead. That scoreline would stand throughout the final frame, giving UBC their first win of the 2017 regular season.

“Tonight, you have so much confidence in [Micklash],” said Cooke. “She made some incredible saves tonight for sure.”

The ’Birds will be travelling on the road next week to face the Calgary Dinos.