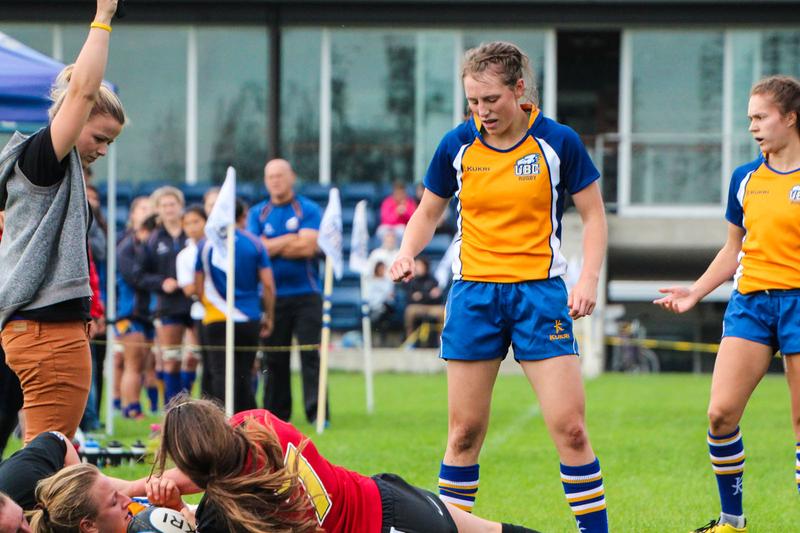 “This is our second year at the Rugby Canada invitational tournament,” said head coach Maria Gallo. “Last year, we got exposed to lots of different teams across the country and we also travelled to Las Vegas the weekend before in order to prepare for this tournament. The girls definitely knew the talent what we were expecting. We also were quite aware of the level of play we were going to encounter. We were prepared for it and we had a great weekend performing.”

Fuelled by home support, the ’Birds surrendered just one try during pool play on Friday, beating University of Guelph 21-0, York University 31-5 and Queen’s University by a whopping score of 38-0. Gallo expressed that prior to her team’s dominance on opening day, she was a bit nervous about playing at home.

“I was a little nervous at first because sometimes when you don’t stay at a hotel as a team, there’s definitely some distractions that get in the way of the athlete’s mind,” said Gallo. “But I think it was great for the girls to go home to their own beds and have their home-cooked meal after a hard day on Friday.”

On Saturday, the ’Birds got past Guelph with a 22-10 win in the quarter-final and faced the University of Alberta in the semis. According to Gallo, the team showed a lot of grit and perseverance in this game. They were out-sized, but we were threatening on the outside and managed to pull off a tight 28-24 victory. In the final, UBC defeated reigning champion McMaster University 33-26 to claim the title.

Having gone 0-3-1 in Canada West’s fifteens league play earlier in the season, Gallo’s team seemed to flourish in the game of sevens.

Despite the ’Birds’ talent in the game of sevens, Gallo emphasized the importance of developing her team for the game of fifteens.

“We’re still trying to grow the game of fifteens. The CanWest league is very competitive and we have some very big and strong teams in there. We often struggle because of size deficiency. But when it comes to skill, fitness and speed, we are definitely one of the top teams in CanWest and now in Canada.”