Women's soccer crushed by Eagles, shut out Cardinals over weekend 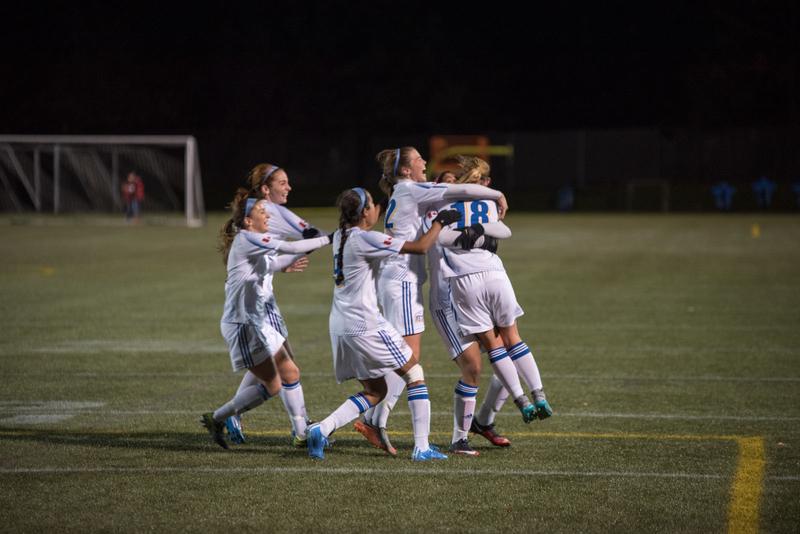 The women’s soccer team are the defending CIS championship team. But despite a fantastic ending to their 2015/16 season, they started their preseason in a disheartening fashion. The Thunderbirds fell 4-1 to the Eastern Washington Eagles at Cheney, Washington last weekend.

But the flowing rivers of outrage can wait, because it's still preseason — things are too early to call. This was the new head coach Jesse Symon’s debut game — he was hired in May, two months after the previous head coach Marisa Kovacs resigned.

Kovacs herself had tied her first game to Warner Pacific Knights from Oregon before leading the team to 11 regular season victories and the program’s sixth CIS national title in her first year. After her debut she said, “It wasn't the result we wanted but there were lots of positive things to build off… Moving forward, we know what we need to do. It's really early. We got some freshmen in the match as well."

That’s usually a strategy coaches take in a preseason game. Preseason is the time and place to test a team’s depth and try new recruits in real game time. Symons did exactly this, with 19 of her players getting playing time.

Also, the Eagles are a strong team. They finished their regular season last year with a 6-2-2 conference record and went on to the Big Sky Championships where they fell to Sacramento State University in the quarterfinals.

The ‘Birds started the game out really well, out-shooting the eagles six to nothing in the first half. After an initial shot on goal that went over the bar in the 22nd minute, T-Bird forward Jasmin Dhanda scored in the 38th minute thanks to an assist from midfielder Sydney Jennings.

But everything was downhill from there. Eagle Savannah Hoekstra, who came on three minutes before UBC’s goal, went on a rampage in the second half, and scored a goal in the 62nd minute. After about a minute of chaos in the T-Birds half, Hoekstra again got her foot on the ball to put the Eagles above the ‘Birds at 2-1.

Hoekstra explains this quick succession of goals on the Eagle’s athletics website "I think teams are always vulnerable over the next five to six minutes when you score a goal on them. We wanted to press high up in the field and snap right back into the game and that's what we did.”

Two more goals followed, with Eagle Chloe Williams scoring in the 69th and her teammate Jenny Chavez sealing the deal in the 85th.

Still in Cheney, UBC went out looking for blood on Monday, pulling off a 2-0 win against the North Idaho College Cardinals. The ‘Birds found their stride and really put the pressure on the Cardinals with 12 shots in the first half, and 18 in the second half.

Dhanda scored the first goal at the 74th minute thanks to an assist from T-Bird forward Shayla Chorney. Elizabeth Swoboda was substituted in for Chorney right after the goal, and she went on to score a goal of her own in the 83rd to finish off the game.

The team has three more games before the regular season begins, which is ample time to prepare before they have to defend their national title. After this weekend’s disconcerting result, let’s hope they do just that.

The Thunderbirds will be looking to improving their preseason record against University of Northern British Columbia Timberwolves on Saturday 20 August at 11 a.m. in the South Surrey Athletic Park.