Women’s soccer struggles to find its footing, loses 1-0 to Vikes

After a silver medal finish at the U Sport national championships, the UBC women’s soccer team looked poised for an explosive entrance to their 2017/18 season. Instead, they got a frustrating defeat, falling 1-0 to the University of Victoria Vikes (UVic) in their season opener on September 2.

The match-up at Centennial Stadium in Victoria, BC started off fairly uneventful, with few scares in the T-Bird’s half in the early minutes.

The pace of the game heightened when UVic forward Kiara Kilbey started getting on the ball, which UBC’s defence initially held up well against. In the 33rd minute though, Kilbey scored and the balance of the game changed.

As the first half began winding down, the ’Birds switched up their play to become more attack-oriented. UBC forward Margaret Hadley and rookie Danielle Steer gave the Victoria defenders hell by making many good runs, sadly to no avail for the ’Birds.

For the rest of the half, UVic’s defence remained solid and Victoria keeper Puck Louwes refused UBC the opportunity for a comeback by making many key saves — she made 13 total saves in the match. 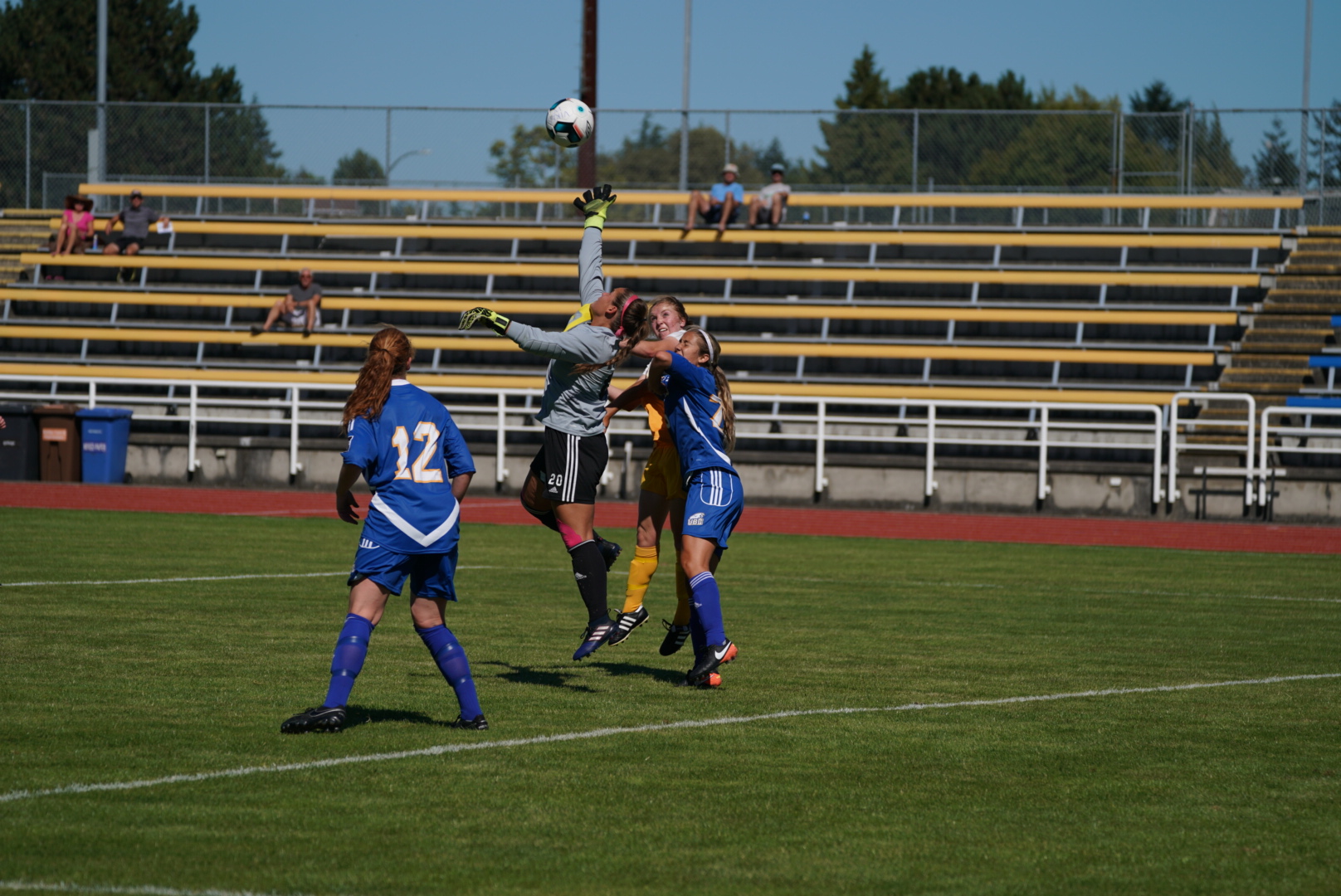 The second half proved more of the same, with UBC searching for an equalizer. At this point however, the ’Birds started to find the Vikes dancing around in the UBC half much too often. Vikes forward Georgia Bignold kept the pressure on UBC keeper Marlee Maracle, remaining a thorn in the side for the ’Birds for the rest of the match.

With time running out, there was a scramble for the ball in the UVic box for what looked like an easy goal, but the ’Birds passed out of the box and lost the momentum. The whistle eventually blew and the hard fought match ended with a T-Bird loss.

A season opener usually means a new beginning and an opportunity to test out a new team — a mix of seasoned veterans and energetic rookies. But the team failed to hit the right pace early and lost the match.

Like most other teams, UBC has seen a large turnover of players and a team overhaul with the new year. A bad start is not usually indicative of the rest of a team’s season. However, the ’Birds seem to be struggling to connect in their vital moments.

It looks to be a season of rebuilding and growth — particularly in positions previously held by key veteran players. How the team rises to the challenge will determine their season finish.

The Thunderbirds will face the Trinity Western Spartans at 5 p.m. on Friday, September 8 in Langley, BC.