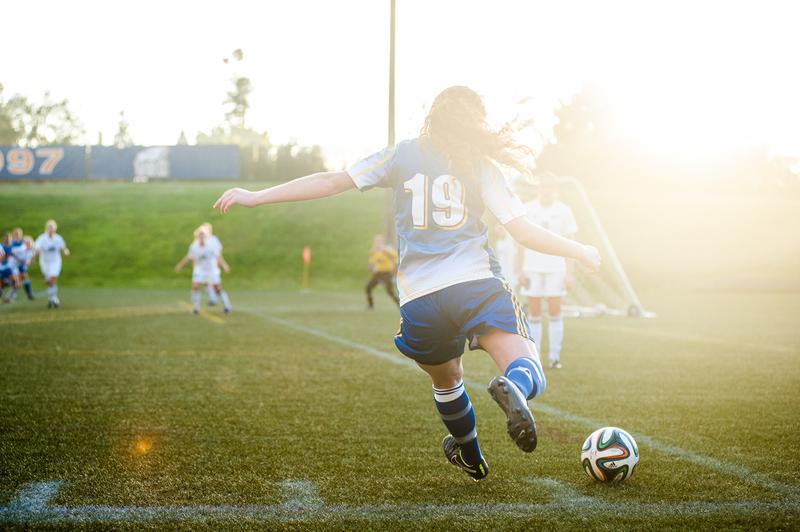 The first game, on September 23, started like many of the games have this season — with a goal in the first 10 minutes. UBC's Margaret Hadley opened the scoring in the ninth minute, finding some space and sending a through ball to a running Dhanda, who sent it past TRU goalie Danielle Robertson.

The scoring was lopsided for the rest of the match. In the 32nd, first-year forward Danielle Steer received a cross from Hadley and shot it into the net with one touch. Dhanda scored a quick pair of goals in the 58th and 65th, with assists from fifth-year forward Aman Shergill and second-year midfielder Emma Cunningham.

Shergill snagged a goal of her own in the 83rd minute, when she got on a long through ball from Dhanda. The next minute, Dhanda capped off the match with her fourth goal of the match, assisted by Steer.

The 'Birds never turned off the attack and closed TRU away from any substantial opportunities. By the end of the match, the T-Birds had made three times more total shots than their opponents — 30, compared to the WolfPack's 10.

Sunday's game against UBCO was a little more contentious, but the Thunderbirds came through for their sixth straight win of the season. The two goals of the game were scored in the 23rd and the 83rd, by Dhanda and Hadley respectively and both with assists from Shergill.

The entire team seems to be working on autopilot — each player knows exactly what they need to do and how they need to play to get the desired outcome.

The ’Birds are also leading the Canada West in offense. Dhanda has scored 10 goals — the most in the league so far — and Shergill and Hadley are both leading in assists, with six and four respectively. The Thunderbird goalkeepers are also doing well, with Marlee Maracle and Emily Moore conceding only three goals between them so far this season.

Dhanda hit another milestone this weekend, reaching third place in all-time conference goals in Canada West with 39. She is right below UBC's Janine Frazao who played between 2009 and 2013 and Saskatchewan Huskies alumn Elizabeth Hudon.

Now past the halfway mark of their 2017/18 campaign, the 'Birds will need to double down on their current strategy and finish the regular season well. Sitting atop of the Pacific Division with 18 points, the conference is theirs for the taking.

UBC will face the MacEwan University Griffins on September 29 and the University of Northern British Columbia Timberwolves on October 1. Both games will take place in Vancouver, BC.