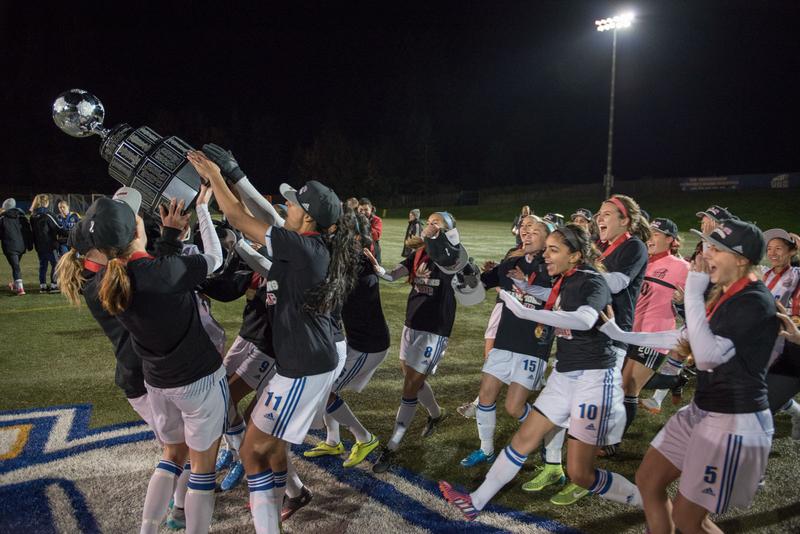 In their first CIS national final since 2006 and their first time hosting the Gladys Bean Memorial Trophy in 25 years, the UBC women’s soccer team defeated the Trinity Western University Spartans 3-0 to record the program at six CIS title wins — the most of all the teams in Canada. This win also records the UBC athletics program’s 100th CIS title.

This is a stark contrast to the ‘Birds 2014-2015 season. Last year, the T-Birds lost to the Spartans in the quarter-finals of the Canada West and had lost four games in regular season play. This year, the 'Birds have lost only one game, clinched the Canada West playoffs and defeated their regional rivals to solidify their place as CIS national champions.

“[I am] proud of my team. I think they had this goal in mind all season and they never faltered in their preparation and their determination,” said Marisa Kovacs, who is finishing off her inaugural season as Thunderbird’s head coach.

“They have played for each other this season and they deserve it. I am extremely proud and happy for them."

Kovac’s high-pressure style of play and constant attack showed up right from the first whistle to the first goal. After a mad scramble in the Spartan’s box in the 17th minute, the ball found T-Bird midfielder Madison Guy and she proceeded to lob the ball over Spartan goalkeeper Ally Williamson for her first goal of the season. 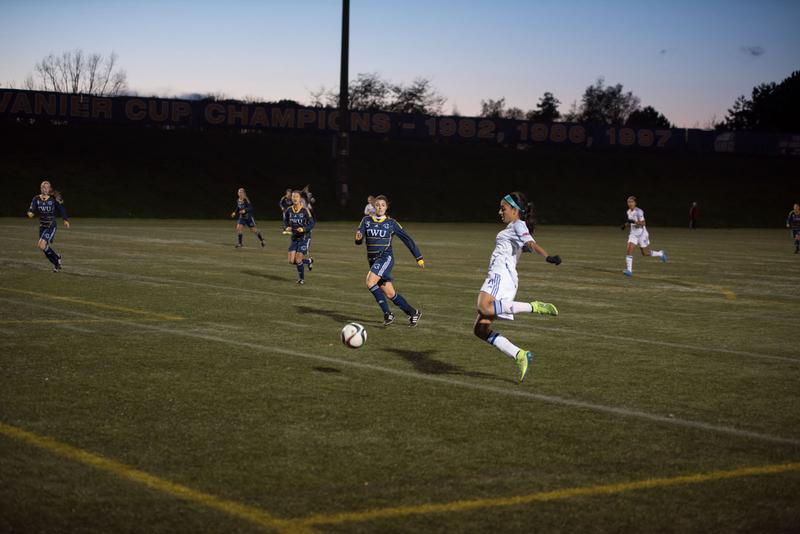 There was an opportunity for a Spartan comeback in the 30th minute, to level the score and equalize. Spartan forward Seina Kashima snuck into the box to receive a through pass from the left side of the field, but Thunderbird goalie Olivia De Goede dove deep and saved it. In the next minute and after an incredible counter-attack, the Thunderbirds scored another goal to make it 2-0 in the first half. T-Bird forward Jasmin Dhanda made a quick drive down the right side of the pitch and fourth-year T-Bird Shayla Chorney polished it off.

Spartan forwards Isabella Di Trocchio and Krista Gommeringer went on a rampage in the opening moments of the second half, posing a big danger to the ‘Birds. A real scare occurred in the 55th minute when Gommeringer unleashed a hard shot from the edge of the box, but De Goede dove and caught it.

In the 63rd minute, the T-Birds got a free kick. Thunderbird defender Aman Shergill took three steps back before launching the ball towards Williamson. Williamson intervened at the last seconds, tipping the ball over her and out of bounds, putting it momentarily out of danger. However, the following corner kick by UBC midfielder and assist leader Taylor Shannik led to a hustle right in the middle of the Spartans box and found its way into the back of the net.

Dhanda and her striking counterpart Amirit Berar were a fantastic duo in the game with quick back and forth passing and weaving in between defenders. The gaps that they opened up in the Spartans defence seemed to wear down the opposition. The two were also very proactive forwards, coming back several times to make a tackle or to defend the goal.

The ‘Birds, as a unit, managed to stay comfortable and composed the entire game and tournament — even with the pressure of hosting the national championships. Perhaps the comfort was as a result of their home advantage or their firm belief in Kovac’s coaching philosophy. Whatever the case, the ‘Birds managed to completely shut out all their opposition — the University of Calgary and the University of Sherbrooke — in the CIS, maintaining clean sheets throughout.

“I think the talent speaks for itself on the pitch and ... we couldn’t have done it without all 27 players,” said Kovacs.

“We just needed something to believe in and they started to believe in themselves and believed that they could win the national title.”