The future looks bright for the UBC Wrestling Club 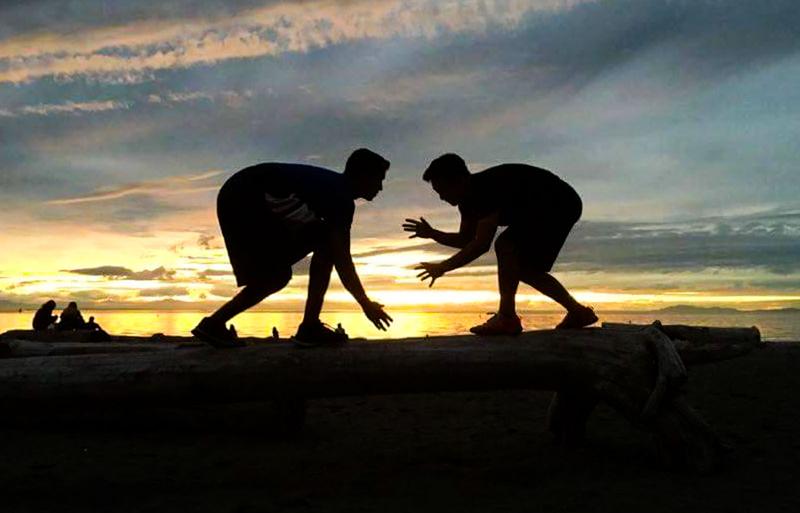 There’s no doubt that wrestling remains one of the world’s most popular sports, contested at the Olympics every four years, with participants from all over the world. At UBC, wrestling had its peak back in the 1970s. With a strong varsity program, the team was one of the best in Canada. Unfortunately in 1986, its varsity status was stripped due to lack of funding.

The sport did not see the light of day at UBC until the early 2000s, when wrestling was established as an AMS club. Though far from varsity status, the club produced some quality wrestlers that competed in national championships. Last year, the club competed in the SFU invitational and the Canada Juvenile Championships. Additionally, they host the Vancouver International Wrestling Festival every year, turning downtown Vancouver’s Robson Square Ice Rink into a combat coliseum for wrestlers of all ages to compete.

“[The festival] is one of our accomplishments,” said UBC Wrestling Club President Kentaro Hayashi. “We do it every year as part of a campaign to save Olympic wrestling because [it] almost got kicked out of the Olympics a few years ago.”

On October 19, Hayashi’s club teamed up with fencing, boxing and taekwondo to host a similar event in the Nest. The event — called SUBmission — featured the four combat sports contested live in front of an audience in the Nest. Clearly, the club has been working hard to help build the sport into what it once was.

In an attempt to give wrestling a bigger name on campus, the Wrestling Club — along with other sports such as quidditch and fencing — has gone a step further by joining the Thunderbirds Sports Club program. This new competitive option for student athletes — which launched last September and is one level below varsity — is housed within the department of athletics and recreation. The major difference between this program and varsity status is that students are in charge of the executive roles of finding coaches, organizing practices, travel and fundraising.

“[Amirhasani and Barzegar] are here to try to get us to the competitive levels,” said Hayashi. “Barzegar is the son of an Olympic silver medalist in Iran and he’s also a national champion himself. We’re excited to have him because he can directly pass on the techniques he got from his father.”

This year also marks the first year in which Hayashi’s club will participate in a competitive league.

“We didn’t compete in a league before, but this year we’re excited because now we have something really to aspire to,” said Hayashi. “We’re joining a new league called the NCWA [National Collegiate Wrestling Association] and that’ll be exciting for us because we will be able to compete at a national level now.”

The team recruited a promising young wrestler out of high school named Joseph Huh. He won silver at the 2016 Canadian Juvenile Championships and is highly-regarded as one of Canada’s top high school wrestlers. Hayashi believes new talent will bring the club success in their NCWA endeavours.

“I think we’re going to do pretty well [in the NCWA],” said Hayashi. “[This is especially] because we’re hosting events like [SUBmission] that try to recruit more people. There are wrestlers out there — it’s just that they don’t know that our club exists, so hopefully we can get the word out there and recruit some new members.”

With an all-star coaching staff, new recruits and new opportunities to compete, the future looks bright for the UBC Wrestling Club.