Notable writers from The Who?byssey's century of garbage 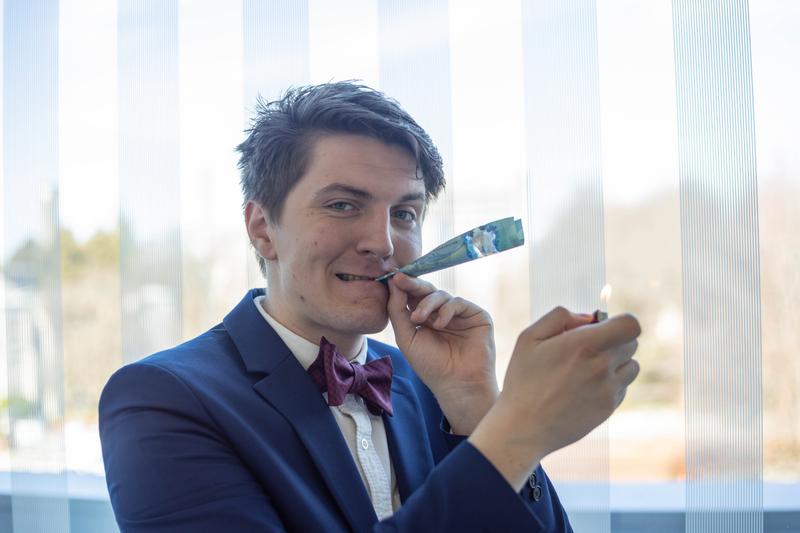 You'd be surprised who has written for our paper. Bronson Swanson

The Who?byssey has had a long line of notable writers, journalists and white-collar criminals in our history. Here are just a few notable Who?byssey alumni from around the world and a variety of industries.

That’s right, former Enron CEO and convicted criminal Jeff Skilling was our Coordinating Editor while he was in jail from 2009 to 2010. We know, we know, that's super wrong and unethical, but we didn’t bother to check until he was shipped to a different prison nearby. Maybe we should have noticed when all of his calls to us started with, “Will you accept this call from [jail name redacted]”. His most notable article was “Why it’s okay that I took all that money.”

The guy who killed Gianni Versace

Yeah, not much to say here other than that he was a humour writer for us for over two years. While definitely a bit of a character, he was a mainstay in the office culture. He specialized in silly jokes and had a gut-splitting column called “I hate and want to kill Gianni Versace.”

Now famous on the many railroads of this great nation, the noted wanderer and railroader Black-Bill Clancy was a part of Who?byssey for years. While his name now leaves lawmen throwing their hats on the ground in anger, back then he was a lifestyle reporter, writing on the best sushi, luxury hotels and gem stores in the city. He’s why we have all the code on the walls warning fellow wanderers about a dangerous dog.

Most Who?byssey writers go on to work for the great Walmart corporation. Actually, Who?byssey alumni are the backbone of the Walmart Canada workforce making up over 80 per cent of the workforce. Say hi next time you see a greeter!