Letter to the Schmeditor: I got the newspaper wet and now it says exactly what I want it to 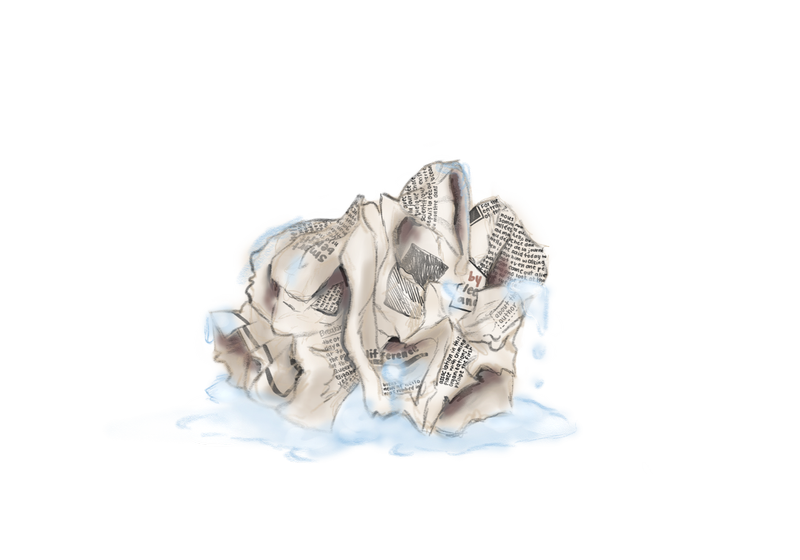 this paper is so wet Jean Niamh

The other day, I found myself looking out at the rain, wishing I had remembered an umbrella. It was then that I noticed the heaping stack of untouched Who?byssey newspapers and realized the countless pages of newsworthy “content” would provide me with protection and enough material to keep my shoes dry!

Only upon returning the rag to the garbage did I realize the pulp mass contained the most enthralling content I had ever read!

The Opinion section surprised me when they simply published a few indistinguishable blobs of ink. I quickly realized that the article was actually a piece of art whose message was simple: “We all have the same opinion so just make your own!” How self-aware!

I was eager to see what the other sections had to say and I was not disappointed! The weekly descriptions of rain were extra soaked and the rants about construction were riddled with holes through the pages. What a clever way to make the content actually relatable!

Even the Thunderbirds seem to be doing well! There were so many fans in the crowd that the audience just looked like a blue and gold smear!

While I was very pleased to see all these changes, I can’t say I’m a fan of the new name for the paper. Yes, the name may be needlessly hard to pronounce but The Uruguay just doesn’t seem that relevant.