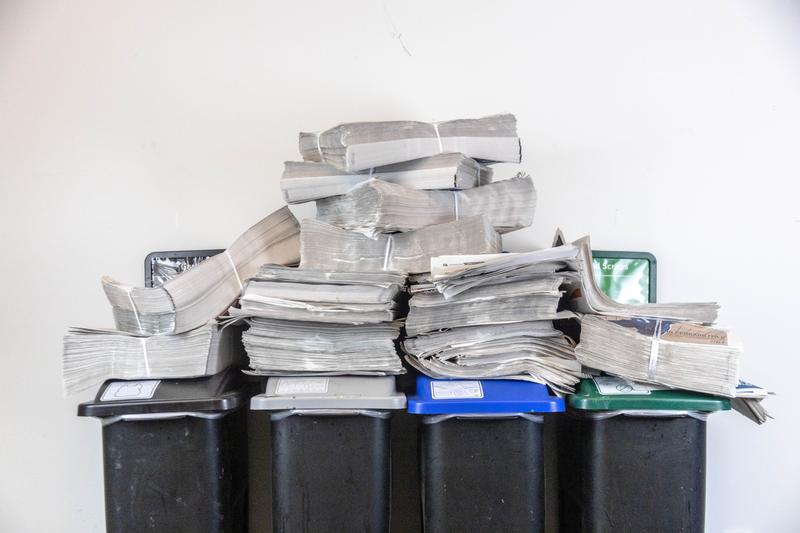 The AMS has confirmed that starting April 1, a brown bin will be added for disposing paper copies of The Who?byssey. Bronson Swanson

The AMS has confirmed that starting April 1, a brown bin will be added for disposing paper copies of The Who?byssey. This move will not only ease out the Who?byssey-filled blue paper bins but also generally improve the lives of UBC students.

“We’re enthralled that finally, we’d be able to focus on recycling ‘real’ paper waste. Earlier, The Who?byssey polluted the entire paper bin, making it tough for us to segregate filth from actual recyclable material,” said Mono.

“All the waste collected in the brown bin would either be directed to produce toilet paper or be put back in the paper stand [as nobody actually reads this particular newspaper],” Mono added. He described this measure to be in line with “the new recycling guidelines issued by the province.”

Mason Ma, a resident of Orchard Commons, felt relieved that she can now dispose of the heaps of The Who?byssey, which according to her, are a “visual catastrophe.”

“I’m glad that the AMS recognized this issue. I couldn't dispose of heaps of this so-called newspaper earlier because there wasn’t enough space in the blue bin.”

On the other hand, some students are frustrated with this decision.

Stephen Sidhu, a seventh-year engineering student, was concerned about the times he would need to throw his midterm answer sheet in the paper bin.

“The Who?byssey is the only thing that’s as poorly written as my midterm,” said Sidhu.

“Giving a separate bin to The Who?byssey would leave my midterm alone in the blue garbage bin.”

Not only did the staff at The Who?byssey decline to comment on this move, but they also avoided eye contact.