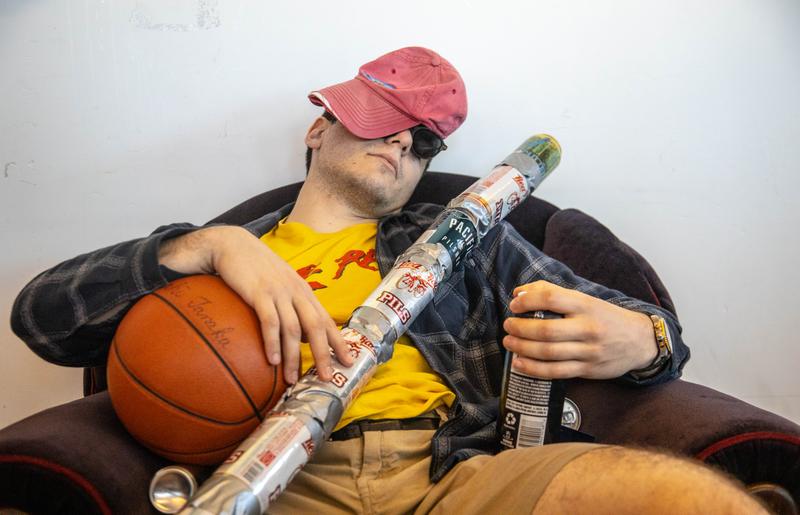 He hasn’t played a game since the 2017/18 season due to a shoulder injury he sustained playing beer pong. Dave Mirror

For Chad Zachary Chadwick, the last week was a week to forget.

“I don’t get it, I really just don’t. I’ve shown up to at least half of the practices this year and I really thought I’d at least go as a tenth-round pick,” Chadwick said in response to not being drafted in this year’s Major Minor League Baseball Draft.

Chadwick, a sixth-year shortstop for the UBC Lightningfowl baseball team, was the NAIA leader in Runs Batted In 2015. The veteran L-Fowl played in over 100 games for the Blue and Gold, although he hasn’t played a game since the 2017/18 season due to a shoulder injury he sustained playing beer pong.

“That was a pretty big setback, but I did learn to throw with my left hand,” Chadwick said. “Not a baseball though, just a ping pong ball. Still managed to come in third at the annual Alpha Kappa Epsilon tournie. Pretty proud of that moment.”

With his sports career all but over and MMLB or even junior options unlikely, Chadwick has set his sights abroad to further his baseball career.

“I heard they started to like baseball out in Russia. I figure I’ll head out there, work on my game as much as possible and then make the jump back to North America.”

Chadwick, @MarcoBrolo on Instagram, will leave for the Siberian coast next week and skip graduation, only 36 credits short on his media studies minor.