Snorfball is quickly becoming a memorable tradition at UBC 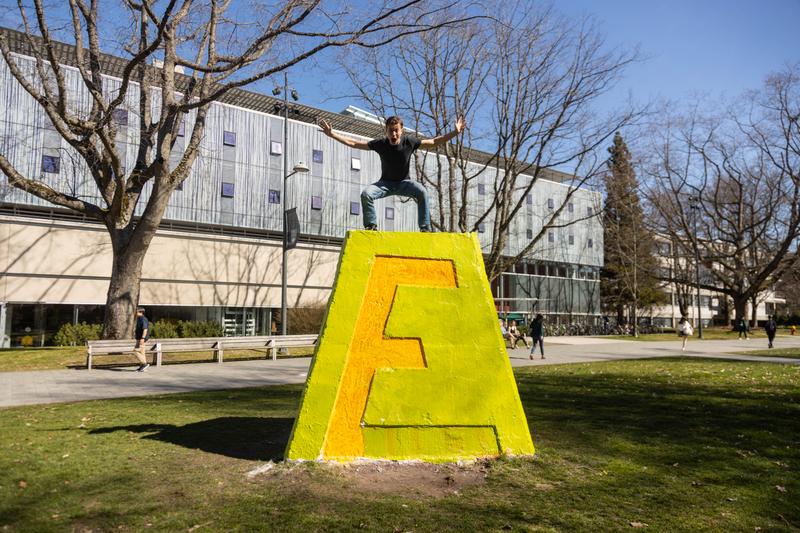 In the early hours of March 17, a crowd of 15, fresh out of the pub, stumbled over to the Cairn. One member of the group decided to try his luck at climbing the rock — and in an effort that rivalled the mental fortitude of performing an all-nighter, he succeeded.

As he prepared to shout his greatness to those on level ground, he did not realize that one of his fellow companions had brought a ball. She threw it with a force that sent the mountaineer flying through the air before landing solidly on the ground.

And, just like that, Snorfball became a UBC tradition.

Little else is known about that night, the founders could not be reached for comment because they had hangovers.

We know a few things about the sport thus far. We know that the game was named after the sound that the face of the man made once he hit the earth (Snorf!). In order to play the game, you need a small ball, ‘the Cairn’ and several of your best friends or enemies — depending on your style of play. The game lasts for 10 minutes and the goal is to be last one standing on top of the Cairn or the last one standing at all. Based on the objects that were found near the Cairn, an altered state of consciousness is highly encouraged.

When asked about the new game, one engineering student was very curious.

“Is that why there was so much blood around the Cairn?”

The Cairn itself, as usual, was more philosophical.

“It was Abraham Lincoln who once said ‘Four score and seven years ago our fathers brought forth on this continent, a new nation, conceived in Liberty, and dedicated to the proposition that all men are created equal. Now we are engaged in a great civil war, testing whether that nation, or any nation so conceived and so dedicated, can long endure. We are met on a great battle-field of that war. We have come to dedicate a portion of that field, as a final resting place for those who here gave their lives that that nation might live. It is altogether fitting and proper that we should do this,’” it said.

“I believe Snorfball, too, ‘shall not perish from the earth.’”

However, this comment may be inaccurate given that I asked the Cairn at around 1 a.m. on March 17.