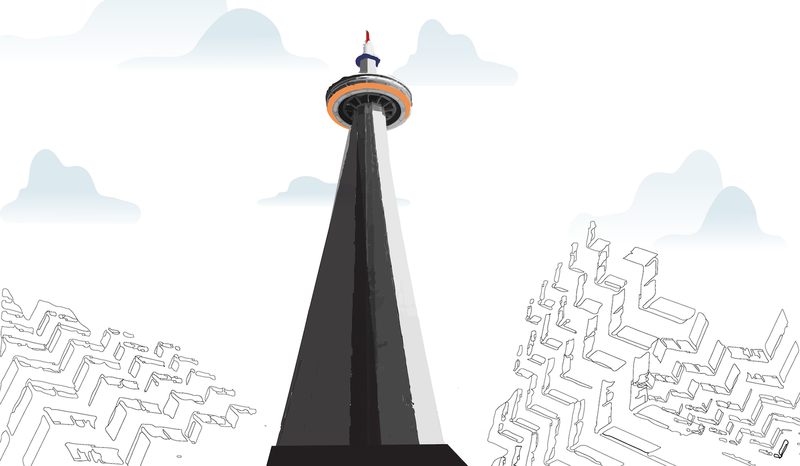 If you close your eyes it feels like you're in Vancouver! zakjiv

Ahh, Vancouver — the Toledo, Ohio of Canada. Here are five places that would make wonderful dates, picnics or family outings in our fair city, except they are not actually in Vancouver because there’s nothing to do here.

A beloved architectural icon for every Canadian and also everyone who has wanted to just point their dick right up at God. Tours are available for under $20, and they offer group passes on — wait, it’s in Toronto? Shit. Looks like God is pointing his dick at you now, little man.

Canada’s hottest club is Newspeak. Rotating electronic DJs keep a state-of-the-art sound system bumping with tasteful deep house, hip-hop and trance beats that you’ll dance to all night — except you won’t because this club is in Montreal like all the other good clubs. Vancouver’s hyper-restrictive drinking laws are exactly why they call it Lotusland, baby!

This one speaks to the poli sci nerd that is in all of us, and by that, I mean your one American friend who won’t stop talking about how cute Trudeau is. Just cross the Rideau Canal and you’re there! Before that you’ll also need to pay for a $700 one-way flight to Ottawa because this is not in Vancouver. Psyche!

You might not able to see the nation’s capital but at least there’s this one, right? You might even get to see how stupidly, hilariously tall the attorney general (AG) is! Haha jokes, Vancouver isn’t even the capital of BC because this city doesn’t matter. Luckily the AG is so tall you can see him from Victoria.

Jethro’s is a beloved foodie institution whose massive, fluffy pancakes have won it huge acclaim. This is a great place to bring your parents while they’re in town except when you arrive, you’ll learn it closed down because of this city’s never-ending gentrification. How Canadian!