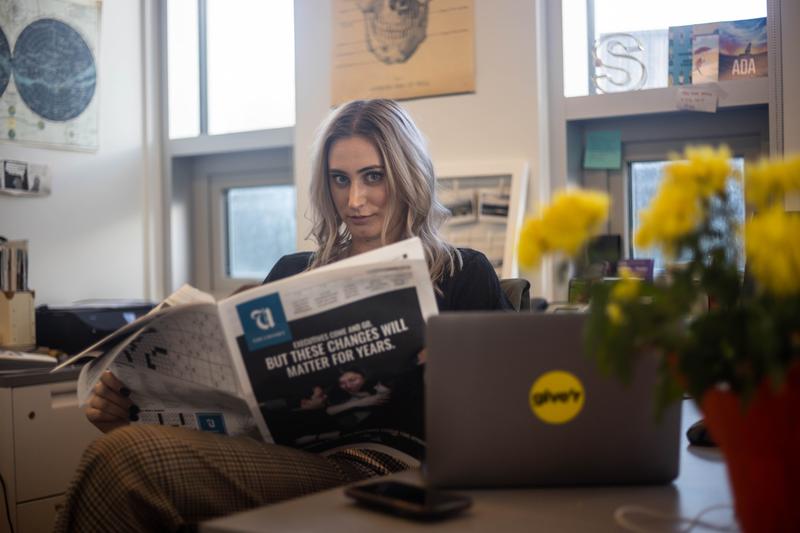 Have you considered the possibility that you might just be wrong? Bronson Swanson

We’re your official student newspaper and we love engaging with our readers!

When we are engaging with you we frequently get complaints on our content. The most common complaint we get is about how bad our spelling is. To that we say, Shakespeare invented like, four billion words. What’s stopping us from inventing some?

Our second most common complaint is that we as an organization are biased. To that we say, have you considered the possibility, that we are not actually biased and that you, the reader, are just plain wrong?

Do you actually empirically know about the Almonds Matter Society and how it functions?

Do you know anything about democracy that isn’t a half-remembered factoid from a 100-level POLI class?

Have you ever been published anywhere?

The answer is probably not.

We actually worked on what we publish — at the expense of our GPAs, social life, mental sanity, relationships with our family, future job prospects, yeah this is sort of the most important thing in our lives. We used facts and talked to experts to create our content — so just because something different happened to your roommate's boyfriend’s lab partner, and there was a UBC Confessions post about it doesn’t mean you are more right.

Even though we don’t engage with every single comment on Reddit saying we suck, we have this set of rules that we follow to ensure that we’re unbiased. They’re called ethics, and it’s like all we’ll ever talk about at parties.

We actually can see all the times you complain about us and, now that we think about it, we’re kind of at an impasse, in that no one reads your rants on social media, and no one reads our content either.

We also get taken seriously, get our names in print every week and learn important skills like how to deal with being cyberbullied as an adult.

What even is the truth, you ask? This isn’t your random philosophy elective, this is real life and the truth is what we tell you it is.

You also seem to think way too highly of us. We’re just students, man. We truly do not have the brain capacity to have a bias against your views. There’s like 11 editors and at least 20 writers here and everyone is drinking constantly. Everyone’s brain cells are so fried we truly do not have the ability to put them together and create a bias against whatever it is you think we are biased against.

We thank you for your time reading this, although we know you just read it to complain about us more on Reddit.