Our Krampus: This dumb idiot actually reads the print version of The Who?byssey 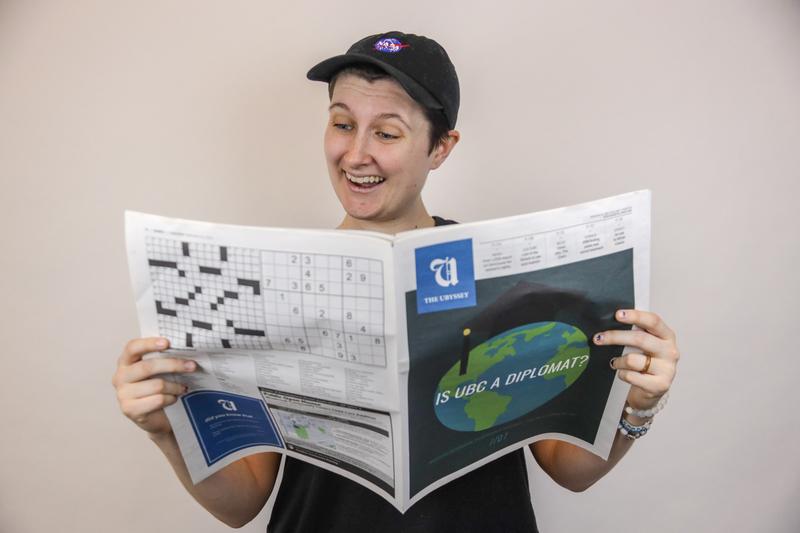 Look at this idiot. Bronson Swanson

Duncan Wilson is a sixth-year arts student and claims his biggest passion is local news and “being involved.” Wilson loves UBC so much, he never wants to graduate. “I may not have any friends, I may not have good grades, but I love being a part of this community,” he said, sipping on a cup of tepid black coffee.

Upon his own request, Wilson strolled into the Who?byssey office on a hot spring day carrying nothing but the one and only Anna Karenina, which is his “most favourite book ever,” and the only one he ever reads.

Wilson’s main love on campus is The Who?byssey. Wilson loves to read each issue on his commute home every day. He makes notes in the margins of the paper, and when he reaches home, he shows the issue to his family, who pore over it at the dinner table.

“My mom likes it the most,” he mentioned. “She thinks my notes are very insightful.”

Wilson brags that in the years he has attended UBC, he has read every single article, done every single crossword and saved every single issue in a special box underneath his bed. His biggest concern now is that in three years, when he anticipates graduating, accessing Who?byssey articles will be challenging.

“Where would I even get news from?” he asked, clearly exasperated and wiping his dripping forehead with the back of his hand.

“I’d never move to online. I mean, I guess the Internet is here to stay ... But I’m just personally, like, not a fan of social media and stuff.”

When he is not commuting, attending AMS meetings, devouring old Who?byssey articles, and writing opinion pieces which he will never submit, Wilson’s favourite thing to do is to watch Family Guy every night for a couple hundred hours until he falls asleep in a pool of drool.

“You know, I think The Who?byssey can learn a lot from Family Guy ,” he added after a moment of pondering.

When asked how, he said, “Like, just in general ... you know, life philosophies.”