Breaking news: We have a science section! 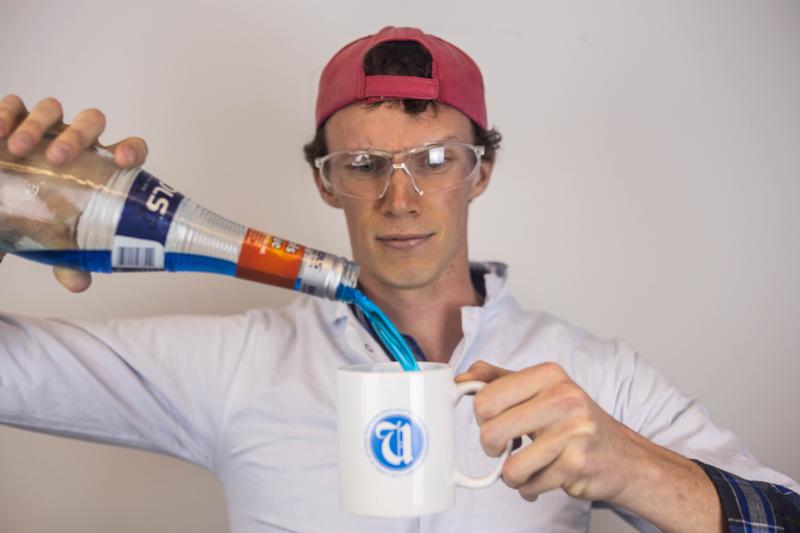 A lot of writers don’t even know what cells are, let alone what an astronomy is. Bronson Swanson

You read that right! This plucky little newspaper has gotten itself a Science section. I guess if you get enough dweebs and wastoids in the same room for long enough, they’ll think to start writing about something that they have zero knowledge of.

A lot of writers don’t even know what cells are, let alone what an astronomy is. My eyes melted out of my head and I vomited for two hours when I had to even try to understand what gravity is. But despite this, we still felt it was a good idea to have a section entirely dedicated to the pursuit of knowledge.

It really is a funny story, like we were all sitting around drinking malt liquor and some fucking guy named like Lance or Clance said “What if we covered science here?”— and we all laughed and laughed, but then Tina was like “Maybe we actually should.” We laughed harder and harder until Bill said “Hey I got this idea from my own head, what if we covered this?” and we all stopped and thought of how much of an original idea that was. Bill was so smart and original.

So since then we’ve been writing about the study of science and research that has come from UBC.

In an interview with the so called “science editor,” the editor proudly exclaimed: “Yeah we’ve actually had it for about three years now. You know you’ve been paying me, right?”

Other staff at The Who?byssey claimed they had had no idea who that guy was.

“I just thought he was a guy who really liked science, I didn’t know he worked here,” one writer said.

The section is great because only like 12 people understand science enough on campus to prove our lazy research wrong because we sure as hell don’t understand a lick of this stuff. We just write it. So yeah, we have a science section. Who knew?