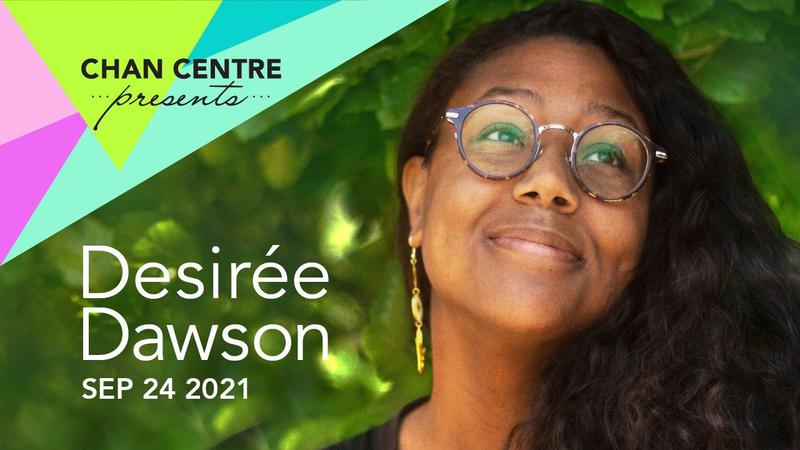 The best kinds of music have qualities that can be heard in any genre. Courtesy The Chan Center of Performing Arts

Desirée Dawson — musician, yoga instructor, soul shaker. A winner of CBC Music’s 2016 Spotlight search, Dawson is committed to using music to foster healing and introspection, allowing listeners to tap into their innermost selves. Here’s what she had to say about her music, her journey and her upcoming show at Chan Centre.

Your main instrument of choice is the Baritone Ukulele, is there any reason behind that?

Seven or eight years ago, I visited a friend in Maui. She had been going through a difficult surgery and was picking up hobbies to pass the time. She’d start playing the soprano ukulele, and she’d picked it up so easily. Her playing was so powerful, and seeing what it did for her made me go ‘Wow. I need to learn this.’ I went to Granville Island and saw that they had baritone ukuleles, and I’ve been playing ever since.

What makes a good song?

One that gets me feeling. The best kinds of music have qualities that can be heard in any genre — everyone has their own specific kind of song that they like, but a lot of them reach the same conclusion of ‘This makes me feel good. This speaks to me.’ I like music that is human. Relatable music that I can tell the songwriters really put their hearts into.

I’ve watched the Meet You At Light music video quite a few times now, and I still find myself crying after each listen. There’s this unspeakable humanness to each of your songs that’s so entrancing, and the cultural motifs are woven in so beautifully. What was the process behind that song? What inspired you, and what are some moments that stood out?

My dad’s side is based in South Carolina. My grandparents live there, too. I was unable to visit my grandpa’s funeral when he passed away and this crushed me. But I got up and told myself “I’m gonna give myself a day to be with my family energetically, even if I can’t be with myself physically,” and that’s what I did.

I usually create songs while I’m sitting on the floor. I started replaying a video I had of my grandpa. They live out in the country, and I filmed myself asking him questions. The song just came out in about an hour on my loop pedal. I think you can call that a moment. An acknowledgment of grief but also gratitude for everything that had happened up until that point. From a young age, we’re told that we’re here because of those that came before us. Still, this moment – it brought me into this place of deep acknowledgment. I could actually see it: the people in my family line leading up to me.

Alongside your music, you lead sound healing workshops. What do those imply?

Sound healing almost always comes in with movement. It ties in well with the yoga I teach. Prior to really getting into my music, I was very interested in yoga. Really, it was through this energy that I started sharing my voice. Once I started performing regularly, I found that being able to slow down and understand everything that was happening really helped me. I think that’s the reason why yoga was passed down for so many generations.

If you could have any guest musician for an album or live show, living or dead, who would it be? Why?

I’ve always had a deep love for Motown. I’d love to do something with that. It’s weird, because everything I do is pretty much the opposite of Motown, but I love it. I love Diana Ross and the Supremes. I’ve actually had ideas for a Motown-inspired album for quite a while. It would be a cover album, except with slower, stripped-down songs to match my own style. Lots of ukulele covers.

What inspired you to become a musician?

I don’t think I ever had a ‘sudden realization’ that this was something I wanted to do. That being said, I’ve always loved singing. People have always said they like my singing, too, and I sang wherever I could – at school, at work, wherever. But I didn’t believe in myself enough to think I could be where I am now. That part felt pretty sudden. I was watching Taylor Swift’s documentary the other day, and she mentioned that she’d known since she was 3. That’s crazy!

Describe your favourite venue for performing!

The Chan Centre has definitely been on the list for a bit. I’m an outdoor lover, and I’ve always liked performing outside. The perfect venue for me would be this amphitheatre type of thing with a strings section and a bunch of vocalists. I also liked the main stage at the Vancouver Folk Fest. It was beautiful.

Could you give a summary of what people can expect at your performance at the Chan Centre?

A theme that’s been with me for this month has been ‘coming back to our centre.’ 2020 and 2021, in so many layered ways, has taken us out of ourselves. I want this performance to be kind of like a helpful tool for bringing people back home to themselves. I’m hoping to create a musical space that’s soothing for the nervous system. There’ll be lots of serenading, a few demos of songs I haven’t released yet, some classics – there’ll be a little bit of everything!