Embracing representation in the "Who we are" film series 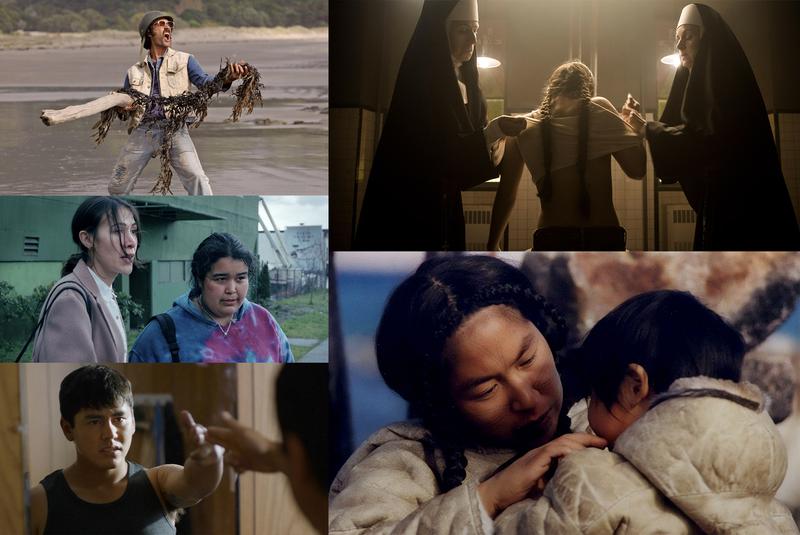 The “Who we are” film series was curated by Rylan Friday, Jasmine Wilson and Dr. Sharon Fortney. Courtesy of VIFF

Art and cinema have always played an instrumental role in initiating conversations around representation. To take that conversation even further, and in honour of Indigenous History Month, the Vancouver International Film Festival (VIFF) partnered with the Museum of Vancouver (MOV) to present the “Who we are” film series. The series was available online from June 21 to July 4 2021 and was created in conjunction with MOV's latest exhibition, That Which Sustains Us. The “Who we are” film series was curated by Rylan Friday, Jasmine Wilson and Dr. Sharon Fortney.

Friday has filmmaking, curatorial and writing credits to his name, along with being the first openly gay Indigenous filmmaker to work on VIFF’s Catalyst Mentorship Program. He currently has several projects in the works, starting with the recently wrapped up short film, The Sound of You Collapsing, which he describes as a “visual, poetic narrative.” He is also working on Terror/Forming, a one-shot horror film. Along with that, he is developing a television series, Unsettled, Ventures into the Unknown, which talks about paranormal activity within reservations in the Indigenous communities of New Zealand and Canada. In 2019, Friday produced the feature film Portraits From a Fire which is slated for a 2021 Festival release.

Wilson, a UBC alum, currently works as the Indigenous programs and community engagement coordinator at the MOV. She has been front and centre on projects such as the museum’s Indigenous Artisan Workshop Series and now also assists with the expansion of reconciliation training initiatives hosted by the museum.

Fortney is a woman who wears many hats; she is a researcher, writer and curator. With her PhD in anthropology from UBC, she became the MOV’s first curator of Indigenous collections and engagement in 2017. Her interest in oral tradition and how it functions in regards to memory and identity seems to shine through in the films selected for this film series.

The intent behind the series was to celebrate Indigenous voices and authentic storytelling by shifting the narrative away from stories of trauma and suffering that usually dominate films centered around the Indigenous community.

“We are much more than our past, we are our resiliency and we are not steeped in trauma-based narratives,” Friday said in an interview with The Ubyssey.

Having grown up watching Indigenous people reduced to caricaturistic stereotypes in popular films like Pocahontas and Indian Undercover, Friday felt slighted. He now strives to accurately and prominently represent both the communities that he is a part of – the Indigenous and 2SLGBTQIA+ communities – in all of his upcoming projects in a way that is uplifting and compassionate. In the same vein, Rylan explained that the “Who we are” series was created for Indigenous people to acknowledge their past, reflect on their legacy and lived experiences and move forward on a path towards healing.

“[M]y philosophy right now is that I am being the person I needed when I was a teenager . . . [I’m] making sure that there are safe, accessible places within the film industry for both BIPOC, Indigenous, and Queer and LGBTQ2+ identifying individuals,” Friday said.

Boy is a coming-of-age story about a young Māori boy who uses his imagination to create a larger-than-life persona for his estranged father which slowly disintegrates as he comes face to face with reality. Boy is subtle in its humour and refreshingly unique, making it the only film in the series that can be touted as a family entertainer. Speaking about the film, Friday talked about how “it takes a very different take on what toxic masculinity is, and what male role models should be, and how that impacts the future generations.”

The Body Remembers When the World Broke Open

The Body Remembers When the World Broke Open features a young, impoverished First Nations domestic abuse victim and her interactions with an Indigenous woman from a stable household who wants to help her but doesn’t always go about it the right way. Friday describes the film as a “timely, hyper-local story that is so visceral.” The film is intimate, bold and a silent heartbreaker. Its realism is both astounding and effortless.

Rhymes for Young Ghouls follows the story of a First Nations teenage girl as she exacts revenge on the Indian agent that imprisoned her in a residential school, where she and other children endured years of rape and abuse. Friday describes the film as a “revenge fantasy” but also highlights the film’s important insights about how to go about seeking reconciliation. The film is gritty, unnerving and wildly entertaining. It looks at the residential school system through a new perspective in which the characters aren’t just victims but also unyielding and audacious survivors. It doesn’t discount the traumatic experiences of Indigenous people, but it also doesn’t fixate on them either, instead using the experiences as fuel for the characters to avenge their treatment at the school and gain back control of their lives.

Fire song tells the story of a Queer, Indigenous boy and how he copes with his sister’s suicide while coming to terms with his own Queer identity. Grief plays a central role in the film, almost as if it is a character on its own. However, grief is not the only emotion present in the film; the characters also experience love, heartbreak, frustration and so much more. As Rylan eloquently describes it, the film is primarily about “finding your identity.”

Atanarjuat: The Fast Runner recreates an ancient Inuit legend, orally passed down through centuries. As the only film told entirely in its Indigenous language – Inuktitut – watching this film felt like stepping inside the legend and watching it unfold right in front of you.

“For me, it’s all these experiences of various ages and different lived experiences as Indigenous, Métis, Māori or Inuit people that shape who we are,” said Friday.

The characters of these films are not heroes or villains, they are believable and relatable. The film directors refrained from unnecessary glorification and avoided unidimensional stereotypes in order to portray Indigenous peoples as just that – people. The films talk about powerful and critical issues such as mental health, exploring one’s sexuality/gender identity and coping with traumas, but throughout the series, themes of healing, joy and community are highlighted.

“I hope this curation helps jumpstart the conversation of what reconciliation and true allyship is,” said Friday.

To learn more about Indigenous cultures being represented in films, Friday suggested some of his personal favorite films: Smoke Signals (Chris Eyre, 1998), Dance me outside ( Bruce McDonald, 1994), Once were warriors (Lee Tamahori 1994), After the Apology (Larissa Behrendt, 2017) and the short film Two cars, one night (Taika Waititi, 2004).

The “Who we are” film series is a step in the right direction towards platforming Indigenous storytellers and giving them the space to reconstruct the misguided narratives established about their culture.