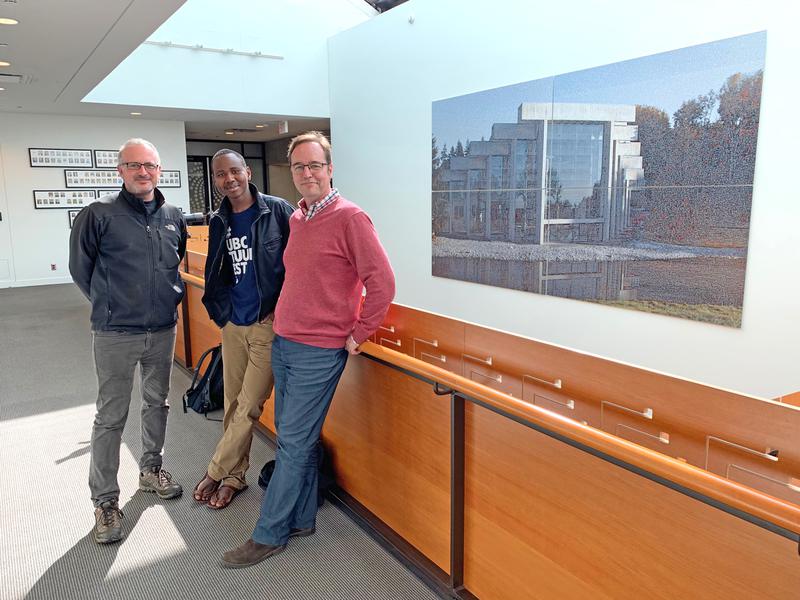 Starting this year, 16 undergraduate students who have a background in African Studies will be hired to revise and research over 1,000 African objects on display at the Museum of Anthropology (MOA). This program will also run into 2020, where 16 other students will be hired on for the next year.

Nuno Porto, project director and MOA curator for Africa and South America, spoke about what he hopes to accomplish through the project.

“The idea was very much to think of the ways that museums have been classifying cultures as part of a colonial form of knowledge,” he said. “Our idea is collectively to open the door, to develop forms of classification which go back to the producers and heirs of the objects which exist in the collections.”

The project’s main focus is on display descriptions. Specifically the project will be looking into where these objects originated from, what languages were used to describe them, and their cultural importance. The objects will be researched in present day contexts as well.

Koffi spoke about the greater importance that this project represents, aside from job opportunities for undergrads.

“[The African Awareness Initiative’s] main objective is to change the narrative surrounding Africa, Africans and people of African descent,” he said.

“One place where we communicate a lot about culture is in the museum because you have vast, tangible knowledge. As much as we are engaging the general public at UBC, in Vancouver, in Canada, it’s very important to tell stories which are truthful and which represent the continent as it is.”

As it currently stands, the African objects appear to only provide baseline information about who donated the objects and a rough estimate of where it originated from. Koffi said this is not good enough and fails to highlight the cultural importance an object may have played.

“I always found it quite disrespectful to have these objects on display, whose cultures are not represented,” he said. “It might be a spiritual object from a village in Cameroon and [a visitor at the MOA] doesn’t even know. It’s just been displayed to the general public when it’s not supposed to be.”

Morton also highlighted how the MOA’s current displays reflect a colonial understanding of the world and history through a single lens.

“Not to say that we don’t have our own bias now,” he said. “Of course we do. These biases that have shaped how African objects are displayed are glaring. It’s a matter of respect for African cultures and African histories.”

Porto acknowledged this issue, and how the lack of descriptions in the MOA is a part of a larger problem.

“Ignorance about the objects is a part of the colonial heritage,” said Porto. “If you look at museums on a broader scale, in North American museums alone, there are about four million objects which have no description. Today there is a very conscious awareness that museums can bring forward and enforce a more progressive and documented agenda.”

Although this project does signify change for how museums can and should describe objects, it is simply the beginning of a much larger discussion.

“There is an interest to interact more with Africa as the place where humanity originated, the place of most of the knowledge and music can be traced back to,” said Koffi.

“I’m not saying that we’ll end the colonial narratives, but it’s the first step.”

“This is exactly what I am studying in school,” she said.

“This is an incredible opportunity for an anthropology student to work in the MOA on African collections, which is something that I’ve asked Nuno about in the past, so I just thought that I have to do this.”

Each student will be expected to revise and research a minimum of 40 objects during their term, which will coincide with the material they learn in their courses. The positions run during each term, providing around 10 hours per week of work.

“A big test for this project is to see how it works with the other courses at UBC,” said Porto. “My hope is that this will be the kind of thing not dependent on competitions. In the same way that African and South American collections need work, there are other collections in the museum that could profit from this.”