Written by Andrea Garza and Thomas O'Donnell
May 18, 2018 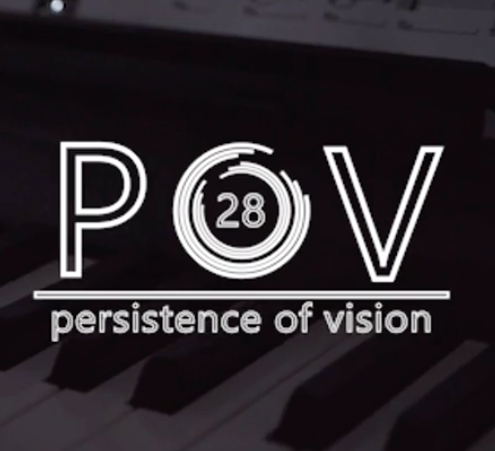 This year’s Persistence of Vision film festival was the UBC Theatre and Film Department’s 28th annual occurrence of this event, showcasing the final short films of students in the UBC Film Production program. The audience in the Frederic Wood Theatre was packed, though it mainly consisted of people involved in the event – the filmmakers themselves and other students in the program. This year’s selection had some heartfelt gems, thrilling moments and many memorable scenes. The films were fantastic examples of the collaborative work that comes out of the department, with genres ranging from surreal horror to historical fiction to futuristic drama.

During the first evening’s films, “Plain Jane,” directed by Dide Su Bilgin pleased the audience with the story of a little girl suffering from amnesia. With amazing sets, vibrant colours and a bittersweet story, you would be hard pressed to find someone who could find complaint with this film. Likewise, “False Findings,” directed by Austin Kvaale was also a hit and had the audience laughing out loud with the deliberately cringe inducing interactions between two exes.

“Prodigy,” directed by Sean Lai was a stand out from night one. The film tells the tale of a boy and his mother, who both hope to benefit from the son’s piano talent. The film allowed the audience to care about each of the characters separately, and the emotional undertones were shown rather than overtly told to the viewer. “Prodigy” took home the awards for Best 4th Year Film and Best 4th Year Score.

“It’s A Boy,” directed by Caid Dow and “Snoop!” directed by Kevin Saxby stood out among the second evening’s films. “It’s A Boy” tells the charming story of a young boy who is convinced that he is pregnant after being kissed on the lips. Its colourful and whimsical set design, its cast of talented child actors, and the equal-parts hilarious and adorable storyline made it a crowd favourite. It swept the awards ceremony as well, taking the audience award and all but three of the third-year categories.

“Snoop!” was a wild ride from start to finish, telling the over-the-top story of two private detectives who discover that they have been hired to investigate each other. The slightly surreal but impeccably timed humour had the audience laughing from start to finish – with a hilarious twist ending that nobody was expecting.

Some of the films also fell short: “I Will Keep Your Light” and “Kaoruko” were both films whose plot lines were less than clear and would likely have benefited from having a few more minutes of screen time. However, both had beautiful cinematography and production design, and the original score from “I Will Keep Your Light” (a collaboration with the UBC School of Music) was a highlight, and took home the award in its category. “With Love, From God,” directed by Olivia Sorle portrayed a loving relationship between mother and daughter and the unforeseen consequence of the mother answering her daughter’s letter to God. While the set dressing was perfect, the strange colour saturation and unclear audio was summed up with a phrase in the credits: “Shot on an iPhone 8.”

Overall, POV28 was undoubtedly a success. The films were great displays of the craftsmanship and creativity required in the film production industry, and they were made all the more notable by the obvious camaraderie among the department, and the sense of pride and relief that the filmmakers felt to finally be able to showcase their hard work.