Return to campus: No students, no UBC 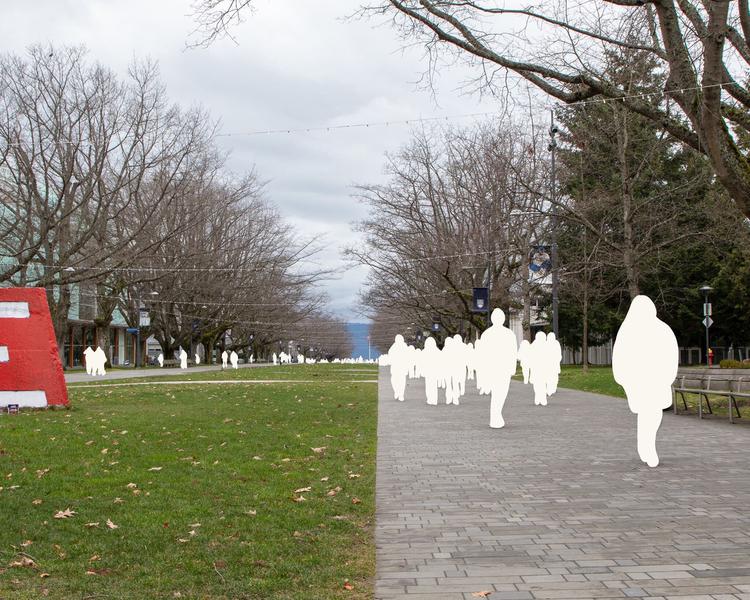 For the most part, campus felt like a ghost town ready to be revived with nobody to bring it back to life. File Lua Presidio

Living on campus during the pandemic made every day feel like a weekend. Buildings were locked, students were sparse and Main Mall was overtaken by children on bicycles and dogs playing fetch.

Between Zoom classes, I’d walk around to get some fresh air, only to discover that campus was a shadow of what it used to be. Like a skeleton, the bones were there, but it was lacking a pulse — at least most of the time. There were no first years with blue lanyards strung around their necks, no skateboarders in suits and no chatter coming from students sitting on benches with friends or walking to class. I’ve never been one to walk around with earphones in, but I started listening to music on those excursions just to distract myself from the silence.

Fall arrived and with it came falling, crunchy leaves that lined the walkways. The same buildings I’d seen hundreds of times during my two years on campus suddenly felt foreign to me. The buildings were there, the campus was there, but somehow UBC was void of everything that made it familiar.

I even started missed things I never would have imagined I would, like the hour-long Tim Hortons line in the Sauder building, dodging bike riders down Main Mall while trying to make the ten-minute sprint from Buchanan to Forestry or even wrestling with my umbrella while waiting for the bus during a torrential downpour.

Occasionally I’d see glimpses of the UBC that I remembered — a full library during exams, an outdoor lecture or television shows filming in The Nest — but for the most part, campus felt like a ghost town ready to be revived with nobody to bring it back to life. And with each passing day I only felt farther removed from the school I knew.

Over the course of the year, I started romanticizing the “normal” aspects of my day that I used to dread. I used to dream about strolling through Rome on a brisk summer night the way I now dream about spending a long night holed up in the Irving K. Barber Learning Centre trying to finish up a term paper. But now that vaccine rollout is going much quicker than expected and restrictions are being lifted, a more normal school year (whatever that means) not only seems possible, but probable. These things I once dreaded, the little interactions I took for granted, are now what I most look forward to when we return in the fall.

I recognize that I was insanely lucky to be able to spend the year on campus, and I too am grateful for that experience. After all, so many students were forced to unexpectedly leave in March 2020, and some will never see campus again. Often, when I tell people that I go to UBC, their first response is always, “It’s so beautiful out there, you’re so lucky,” and it’s true — the campus is stunning. The view of the ocean brushing up against the snow-capped mountains from the Rose Garden is unmatched, but now I know that that’s not necessarily what makes UBC so beautiful.

UBC is a series of moments and experiences largely made up by the people who inhabit it. Sure, UBC is a location made up of buildings and roads and trees, but without the people, UBC loses its meaning.