Twelve Days of Completely Secular Yuletide: Christmas Inheritance is too preoccupied with ‘goodness’ to actually be good 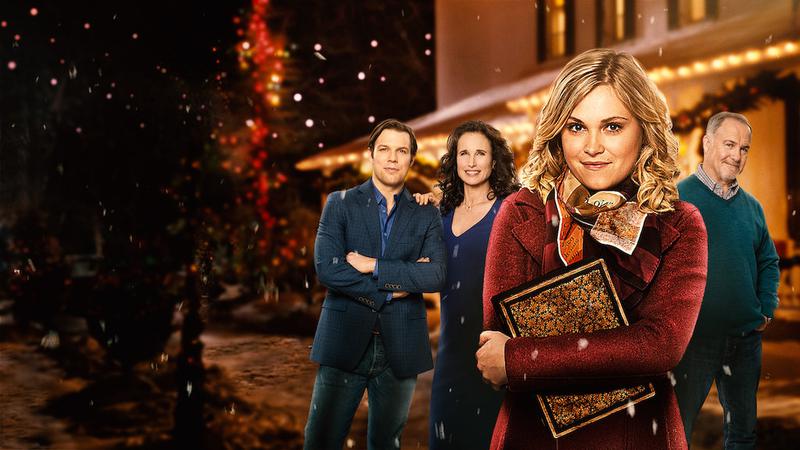 Netflix is here to make you happy (even though your final grades after binging on Christmas movies may not). Netflix

It’s that time of the year again: work for finals is piling up but all you want to do is curl up in bed with a cup of hot chocolate and immerse yourself in the world of a cringy and illogical yet reliably comforting Christmas movie. Netflix is here to make you happy (even though your final grades after binging on Christmas movies may not). One of the recent additions to Netflix’s yearly Christmas movie supply is the 2017 film Christmas Inheritance, directed by Ernie Barbarash.

The film follows the story of Ellen Langford, a “party heiress” who is set to inherit a gift company run by her father. Her father, Jim Langford has a yearly Christmas tradition of going to his hometown, Snowfalls (the film doesn’t even try to be discreet), and exchanging hand-written letters with his business partner. Concerned about Ellen’s directionless lifestyle, he decides to send her in his stead this year, hoping that the escapade will enrich her with some much-needed responsibility and independence.

What’s the catch? Ellen has to do the job incognito with no one finding out who she really is, all the while living on just one 100-dollar bill. I mean, her father didn’t even think to give her some change considering she was going to this supposedly remote village where flapping around a 100-dollar bill would raise suspicion. Our protagonist Ellen also shows up to Snowfalls with three huge suitcases filled with fancy clothes for an overnight stay at a modest inn and everyone is just supposed to believe she is a regular person? If this is the way the father and daughter plan ahead then forget Mr. Lagford, I am scared for the company’s future!

While there has been a spate of such films where the rich, spoiled character is made to live with the common folk to learn the values of kindness and compassion in the past, it is usually the male character who is made to “slum it down.” The gender swap in Christmas Inheritance is refreshing.

What isn’t refreshing, however, is the film’s constant need to be preachy. This isn’t just a film, it is a full-scale advertisement for benevolence and the goodness of heart. Each character seems to be in a perpetual competition to “out good” each other. While one character goes out in the cold to gather people who are stranded due to a snowstorm and gives them a place to stay, the other selflessly raises funds for the local auction, armed with cookies and chirpiness (a deadly combination, viewers are made to believe). The only person who seems to call out this painfully altruistic behavior is Ellen’s fiancé, Gray. Oh, did I forget to mention him before, and only bring him up when convenient? Well, that’s what the film does too. Now I get it, Gray is whinny, arrogant and most of the time you just want to smack him across his smug face, but sometimes you can’t help but agree with the guy. Ellen went to Snowfalls to learn humility but ended up becoming their very own version of Santa Claus.

While watching the film, I spent a lot of time wondering how a town where there is hardly any cell service, Uber or Lyft can have so many fancy shops and the ability to throw lavish parties (clearly the film wasn’t the most engrossing). However, this is a Christmas movie, there is no space for logic here, only fairytale romances and, well, lots and lots of cookies apparently.

Now make no mistake, the film does have all those cutesy moments we expect out of a rom-com. The girl and guy share their sad backstories with each other, make each other laugh and even exchange corny “looks of love.” However, these moments are far too few in a film trying too hard to invoke the spirit of Christmas or goodness or whatever.

The performances are sub-par at best with only Eliza Taylor’s portrayal of Ellen getting close to a convincing performance. The other characters either end up as caricatures or rely too much on long sighs and empty expressions to convey their emotions.

You won’t inherit much comfort from Christmas Inheritance, skip this and watch Home Alone instead, I hear it's good.