Twelve Days of Completely Secular Yuletide: Don’t be lonely alone on Christmas with Dash and Lily 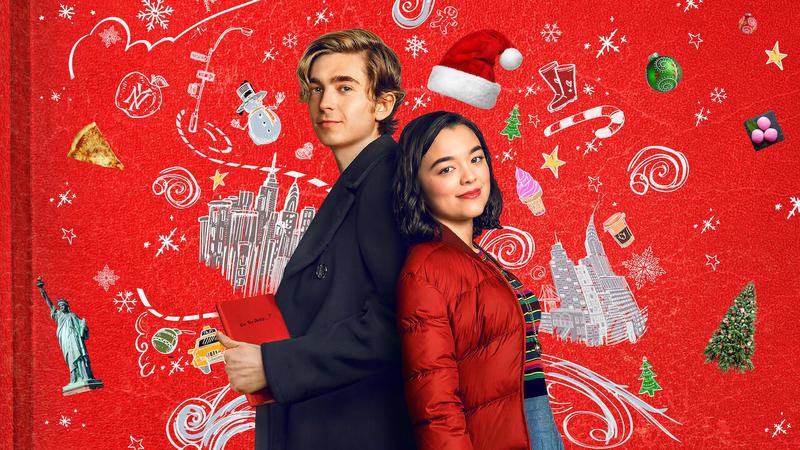 Lily is eccentric in the best sense of the word. Netflix

The Christmas cynic and the cheerful caroler, Dash and Lily is Netflix’s take on the age-old trope with a not-so-typical-but-still-a-little-bit-typical teen rom-com that honestly makes me wonder why no one’s really talking about it. So I’m here to do it with some spoiler-free thoughts.

Alone during the jolliest time of year in New York City, Dash is finding it especially hard to get over a breakup during his least favourite season. Lily, on the other hand, lives and breathes for the holiday cheer. This year, she decides that she’s going to take her love life into her own hands once and for all by planting a notebook of scavenger hunt clues, which only someone worthy of her time could solve. So when Dash finds it at the Strand Bookstore and begins to tick off the boxes of her wild hunt, the two get glimpses into each other’s minds as they exchange messages by leaving the bright red notebook all around New York City.

I don’t know about you, but I had high hopes for Dash and Lily the moment I saw that it was combining Christmas in New York with two bookworms’ winter romance. There’s something about celebrating the warmest holiday in a cold metropolitan city and romanticizing the heck out of it that makes me want to buckle in and enjoy the ride.

Paired with a distinct setting and yellow-hued cinematography, you get nothing too in-your-face with eight fun episodes of this charming contemporary that leeways deeper into our two protagonists’ lives with and without each other. This sort of independence is a standout to me and I loved how much more personable it made the characters feel the more I watched — especially for a story centred around dealing with our own loneliness at Christmas. Their stories intertwined when they needed to and the notebook was like the red thread that kept them together at the seams.

Dash’s friends say he’s got walls, but he’s the most loyal person once you get past them. His sarcastic sense of humour gets him brownie points in my books and his curiosity in Lily’s game made him come across as a little more honest. He just broke up with the “perfect” girl so finding himself again is harder than he thought. His character isn’t anything too refreshing or different but I think we can all find a little something to relate to him — whether it’s the sudden realization that you don't always know what’s best for you or the hatred of crowded spaces.

Lily is eccentric in the best sense of the word, but that’s what’s made her feel like an outsider for most of her life. Her only friends are adults from her carolling troop or family members like her older brother, Landon; Christmas is her favourite time of year because she gets to be with all of them. That changes this year when her parents and grandfather leave for a tropical vacation in December and she’s forced to be in her own head for longer than she’d like. Lily is my favourite character because she toes the line between awkwardly brave and rightfully endearing — a very hard combo for people to pull off without being downright annoying.

Another thing I’d like to highlight is how we actually get various opportunities to see into Lily’s Japanese-American heritage with the arduous process of making mochi, a host of family-centred values and the exchange of otoshidama, or New Year’s money. The show addresses her problems growing up because she was too “weird, different or Asian” and how it’s made her isolation even more apparent over the years. And these are all things she overcomes through communication and honesty — and none of it is because a boy told her to!

Dash and Lily’s production team gave us comedy, heart and simple fun with this one so I don’t think you can go wrong with that. The characters’ ramblings are well-written, you get introduced to some classic literature and jump into New York’s Christmas scene! Here’s the bottom line: if you’re looking for something revolutionary, move along. But if you’ve got time to spend and are up for something lighthearted with depth, this is a safe bet to embrace the Christmas season and go on a little adventure yourself.