Twelve Days of Completely Secular Yuletide: Tim Burton’s The Nightmare Before Christmas is a classic despite its simplicity 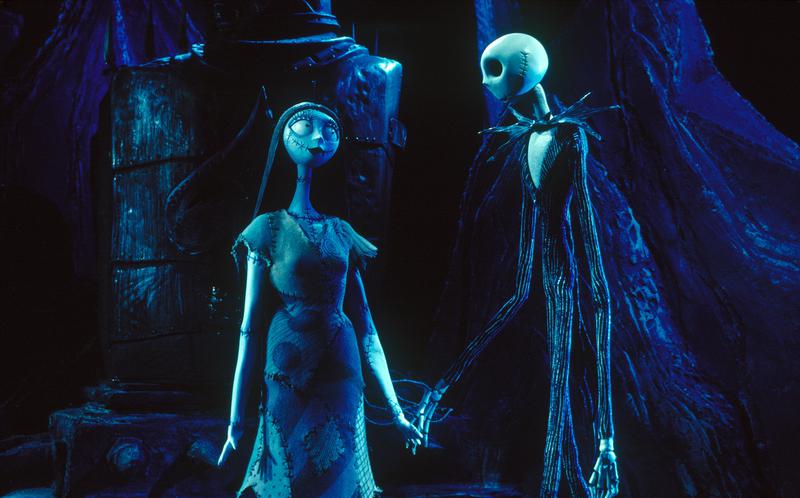 This is quite the deviating Christmas film, with half of the stop-motion feature being centred around Halloween. IMDb

Jack Skellington and I have two things in common: at some stage in our life, we have both been very obviously confused while trying to understanding Christmas, and second, we find Halloween to absolutely be the best night of the year. It was with these two facts that I decided to watch The Nightmare Before Christmas.

Now, without a doubt, this is quite the deviating Christmas film, with half of the stop-motion feature being centred around Halloween. Not only was The Nightmare Before Christmas produced by Tim Burton himself, the man behind half the gothic films you probably watched in your childhood including Beetlejuice, Miss Peregrine's Home for Peculiar Children and Edward Scissorhands, but it was also directed by Henry Selick who is notoriously known for his button-eyed characters in his film, Coraline.

This uncanny brew of film-makers whom you don’t expect to bring to life a Christmas film somehow do a much more than decent job at not only producing it, but also bringing it value.

The film begins with comically-grotesque characters singing the iconic This is Halloween song through a plaguing montage of scenes across what we find to be this Halloween-infested town. As we are introduced to our rather charismatic protagonist, Jack Skellington (the Pumpkin King), does not seem to be satisfied with his life. It can be easy to empathize with his character; Selick and Burton built this strangely realistic persona in their otherwise seemingly intentionally quirky yet meaningful film.

With his entire life being built around Halloween, it’s safe to say Jack may feel a bit melancholic with his loss of initial enthusiasm towards Halloween. As the movie continues, Jack discovers Christmas. Seemingly curious, Jack holds no hostile intentions as he tries to take up Santa Clause’s role, attempting to rid himself of his role as the face of Halloween, and with that, inevitably almost ruins Christmas. It is within these strange circumstances of feeling lost that Jack finds silver linings such as meeting Sally, an almost-doll imprisoned by her creator, and finding purpose in his life at Halloweentown.

After causing a disaster in Christmastown, Jack feels the need to own up to his mistakes and, in a rather predictable manner, ends up returning Santa to his home in one piece and saving Sally, who had also been captured by a monster known as the “Oogie Boogie.” All in all, Jack returns to Halloweentown with a newfound recognition, and more importantly, respect for his role in the community.

In a way, The Nightmare Before Christmas seems to have been crafted into an emblematic gem of how much plot simplicity can achieve in cinema if the visuals and design are stimulating. Having characters named the “Oogie Boogie” or having more superficial traits such as a skeleton who is physically unable to be harmed may seem as though they take away from the film but it is in fact this strange meaningless in the plot that highlights the film’s visual strengths.

Having achieved little success during its time at the box office, the movie only seemed to become popular when people paid more attention to Selick and Burton’s intentional usage of facial expressions, “camera” angles, soundtrack and color tones in communicating the undertones of the film. And to continue, it is with these visually and aurally stimulating aspects of the film that we understand the contrast between being where you belong and where you may try to fit yourself into as we see Jack’s rather unconventional way of approaching the holiday spirit.

The plot and production effects compliment each other in this specific way; both aspects of the film present this contrast that Selick and Burton intend to propose as the meaning of the film.

I think that I can confidently say that while The Nightmare Before Christmas is a must-watch, especially if one enjoys gothic tones and Halloween, it may not suit your taste right before Christmas. If you want to watch a more straightforward holiday driven-plot, this may not be the movie for you, but in the case that you want a more meaninglessly meaningful film that causes you to think of what the purpose of the film is — ding ding! You’ve read the right review.