Die Zauberflöte is full of laughs and 18th-century bops 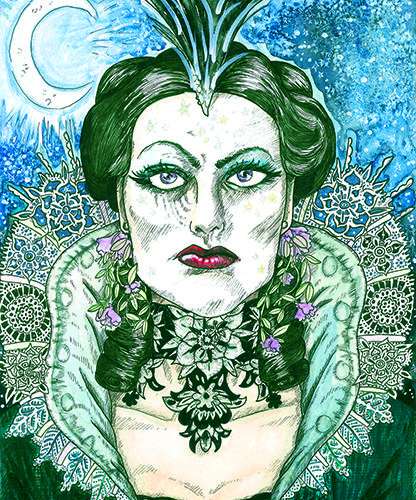 If you’re feeling like you want to class up your weekend, grab a few tickets, a couple drinks during intermission and get ready to spend your night jamming to some 18th century stunners. Courtesy UBC Opera

As I enter the golden glow of the Chan Centre, I can hear the bustle of my fellow opera-goers and the familiar whine of tuning instruments. After an energetic overture, the theatre goes dark and the simple stage is lit. With just four white pillars and a few wooden levels, the stage’s classical versatility gives the viewer much-needed context for the odd mix of both Egyptian mythology and Greek fantasy that surround the lovers Pamina and Tamino. Though perhaps a bit sparkly, the opera’s costuming furthers the fantasy by throwing the audience into a magical world devoid of any concrete clues as to time period.

Written and composed by Wolfgang Amadeus Mozart and Emanuel Schikaneder, Die Zauberflöte serves as a reflection of Enlightenment-era ideals and the humanist movement. While I and many modern viewers in the audience chuckled at more than a few of the opera’s outdated lyrics, it's important to remember that the witty and subtly sarcastic deliverance of these lines is due to a modern interpretation by UBC’s opera ensemble. Many lines drawing on ideas of 18th century masculinity and femininity would have been accepted and laughed at by Mozart’s audience — for much different reasons then the audience today. Themes such as the treachery of women, their fragility and their tendency towards moral corruption are the primary tests put before Prince Tamino and the bird-catcher Papageno.

However, UBC’s opera team is able to both stay true to the original while also continuing to bring on the giggles. The caricature of Sarastro’s infinite male wisdom is a sharp, if not traditionally dull contrast to the much more interesting and volatile Queen of the Night, whose dramatic and catchy songs left me humming all the way home. Unfortunately, the Queen of the Night’s daughter Pamina is eventually inducted into the cult-like following of her kidnapper Sarastro. A sad turn of events, which undoubtedly could have been avoided if Pamina had murdered Sarastro and joined her mother on the dark side.

The undisputed star of Die Zauberflöte has always been Papageno, the comedic relief who’s naïve search for love keeps the audience engaged and on their toes throughout his often bouncy and light songs. Papageno’s humour and well-intentioned cowardice bridges the gap between the his master and straight-man, Tamino, and the clashing forces of good and evil which threaten the triumph of true love.

As someone who doesn’t consider herself particularly ‘cultured,' I can understand why students may choose to shy away from attending lengthy operas. I myself find opera to be far more entertaining when it makes me laugh. But opera can and should be for everyone, not just for snobs!

After all, who doesn’t enjoy a good tale about cults, romance, evil parents and bird-like humans?

If you’re feeling like you want to class up your weekend, grab a few tickets, a couple drinks during intermission and get ready to spend your night jamming to some 18th century stunners.

You may just pick up an opera habit. And that would be a pretty posh thing to brag about!