What are you watching: September 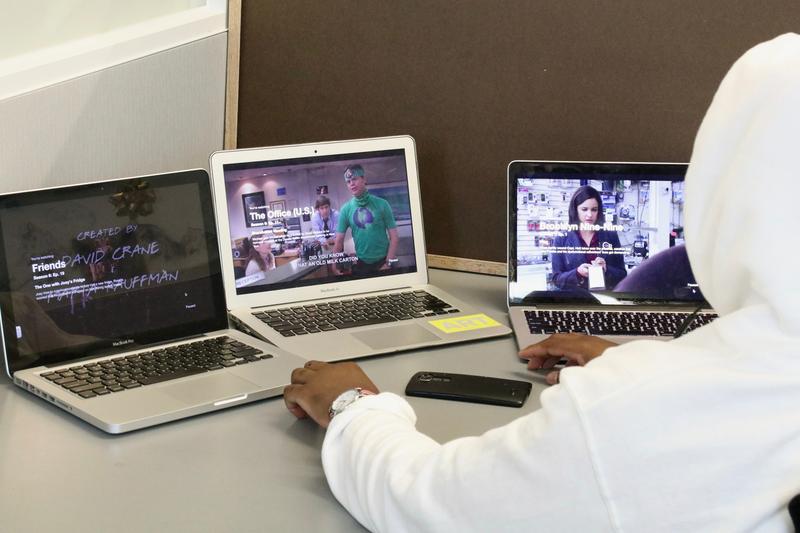 The slow transition back to campus life has been exhilarating. It has also been overwhelming. Many students have turned to their favourite shows for a sense of comfort and feeling of familiarity. I agree that nothing beats sipping a cup of hot chocolate and watching Rory get caught up in a swoon-worthy love triangle. However, in case you are a little tired of visiting Stars Hollow and the Dunder Mifflin office and want to diversify your show viewing experience, here is a list of shows that students on campus have been watching.

Modern Family: A heartwarming, delightfully hilarious show that follows unconventional families as they navigate their lives in suburban Los Angeles.

“[You] can watch [the show] while studying ... it’s nothing too serious that I have to really focus on.” said Suri, a third-year faculty of arts student.

Brooklyn Nine-Nine: A quirky cop comedy that depicts the workplace dynamic between whimsical characters and also maintains the difficult balance of being politically correct.

“Light-hearted content; after an entire day's work you just [want to] try to relax,” said Nishant, a second-year faculty of arts student.

Sex Education: An informative and self-aware show that has a progressive take on sex and relationships and presents it with more than just a dash of humour.

“Characters are all so unique and likable and the plot is super interesting,” said Marko, a second-year faculty of arts student.

Lucifer: This refreshingly ‘divine’ show tells the tale of the Devil himself as he adjusts to life on earth, all while solving crimes with a detective for whom he harbours ‘not so secret’ romantic feelings.

“Every [episode] has a different crime scene,” said Jenny, a second-year faculty of science student.

Friends: Commonly known as (almost) everyone’s comfort show, Friends is a staple recurring binge. This show centres around a group of six friends who navigate work, relationships and pretty much everything in between – all while residing in the Big Apple.

“You can relate to [the characters and to] their lives, so that just makes a difference for me. I love Friends,” said Lakshay, a third-year faculty of science student.

Breaking Bad: This show follows the tale of a high school chemistry teacher who has been recently diagnosed with lung cancer and turns to a life of crime, selling drugs to secure his family’s financial future.

Shows that students lost interest in

Riverdale: A twisted fantasy tale loosely based on the popular Archie comics, Riverdale is so bad, it’s good. Jughead is now the street gang ringleader turned psychedelic drug enthusiast. Betty has a ‘dark side’ that dresses up a teenage goth-barbie who spouts lines like “Betty couldn't make it. So she sent me instead.” Veronica has earned a Ph.D. in cringe and Archie plays the frustratingly foolish ‘good samaritan’ figure. This is one guilty pleasure that left a sour taste.

Bridgerton: This risqué period drama made its way to every laptop screen, with the racy scenes and unrealistically good-looking cast becoming hot topics of discussion for months afterwards. The show follows a young girl who enters into a pretend relationship with a Duke in order to get more suitors but ends up falling for him.

The Crown: The show lets us gleefully peek into the heavily-scrutinized lives of the British Royal family. Told with aplomb and debatable accuracy, this show is not for the faint-hearted.

You: A delectably controversial show about a bookstore manager who steadily becomes obsessed with an aspiring writer and will go to dangerous lengths to get close to her. We all love dissecting a well-written toxic character and You gives us enough “problematic” fodder to do so.

Game of Thrones: This dystopian fantasy drama has everything, right down from flame belching dragons to incest. It follows the tale of nine noble families as they fight for the Iron Throne and the politics, power dynamics and blood-shed that follows.

“There [was] nothing new to learn about the world and I lost interest,” said Julian, a second-year faculty of arts student.