Alone (and bitter) at Block Party — An end of year reflection. 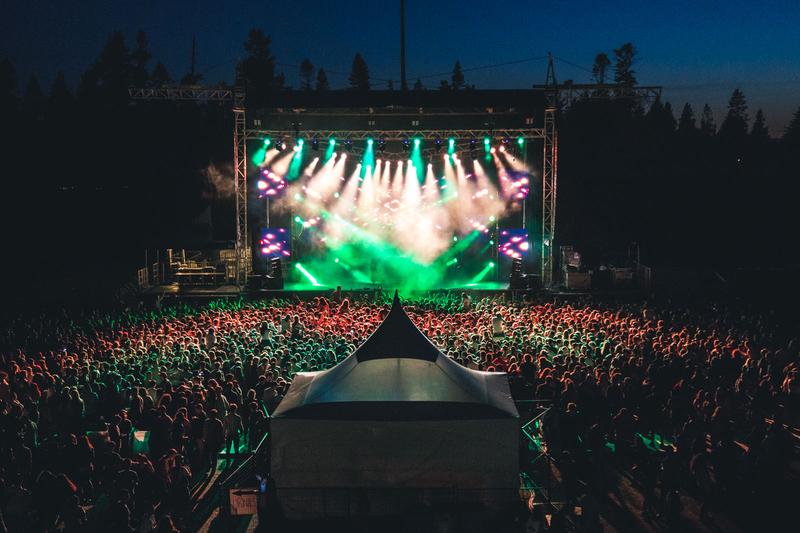 Around this time last year, one of our fellow writers went to Block Party 2015 all by herself and wrote all about it, complete with her related anxieties and all. This year, however, I’ve managed to unintentionally outdo my fellow writer, for I too was ‘alone’ at Block Party 2016.

Except, unlike her, this time I was fucking pissed. As it turns out, Block Party 2016 would also happen to be one of unluckier days in my life.

I won’t dwell much on the primary event causing my seething solemnity in order to avoid becoming too personal. For the sake of context though, if you are a student close to graduating and dreading the incoming existential storm, it's something you would likely sympathize with and may have already experienced. Whatever the case, what’s important is that it definitely set the dour tone for the rest of my day and inevitably, the actual party.

Oh, there’s also the part where it took 30 minutes to get into Block Party due to a gross miscommunication between me and the staff. To make things worse, it turned out the solution involved me just using my common sense, and thus, added a dash of embarrassment to my already sour mood.

Wait, there was also this one friend of mine who said she was going that didn’t reply back to my messages? Those savages.

All that said, here is my final event review of the year: Block Party 2016, from the eyes of a man irrationally scorned.

Though frustrated, celebrating the student community’s last hoorah on a very dour note makes for an amusing and fascinating perspective. This is especially when the event already comes with its typical set of issues, whether it be the irritating crowds, the hour long waits for that hotdog you bought, or the fact using Molson Canadian as the official beer is still a thing. Still, it was never enough to impede on finally letting loose after a year’s worth of academic struggle.

The earlier mentioned common Block Party problems became dialled to 11. Crowds start to almost feel like they are intentionally trying to be as obnoxious as possible to you and you alone. Molson Canadian turned from “the crappy beer they have at every Block Party” to “cup of piss that I hate with the fire of a thousand suns” (but drank anyway, because what the hell).

In the midst of all of my bitterness and the usual cluster-fuck this event entailed that only worsened my feelings, all I ended up doing for the most part was aimlessly walking among the crowd for the next hour. Truly, I was “alone at Block Party”.

And then I realized I was just being silly.

The truth is, I didn’t come to the party alone – I was with a handful of peers. Peers that I tried to avoid for the most part because I figured that they were too preoccupied getting themselves amped up and I’d just be another buzzkill.

Yet, as Vincent Staples dropped the beats and crowd went wild with it, somehow those same peers found the time to work through those problems with me right beside the thick of the mosh pit. Also, that friend who never got back to me on Messenger? She did come, offering me a beer after hearing about my situation (which I turned down, because Molson Canadian). Interestingly enough, one of her friends whom I had only just met still took the time to cheer me up – totally bypassing the awkwardness of meeting me for the first time at my lousiest state.

As I went through these spontaneous pep-talks in the least expected place to get them, some of the common complaints that irk me about Block Party – particularly the obnoxious crowd or the other related shenanigans – suddenly started to make more sense. Or rather, I already knew they made sense – I just needed to remember why it did. And I finally clicked backed into that reality when on my way to my bus home, I passed a couple that had just left the party have a heated and tearful breakup right on the spot.

As crappy as my final day of class went, I remembered that as UBC students, we’ve all had some form of a garbage time this past year. In fact, some have definitively shittier times than others. Apart from the usual cramming of papers, readings and awful winter weather, we’ve had large tuition hikes that affect the education of our international students. We’ve had transparency issues with the people in charge of our education. We’ve had pride flags burnt, and sexual assault is a recurring problem on this campus.

Because whether it’s your final run before graduation, or you’ve still got a good solid four years ahead of you on UBC’s Vancouver campus: Congratulations! You gotten through this year and on behalf of the rest of the students on this campus, we are sure as shit right there with you.

But seriously though, fuck Molson Canadian.