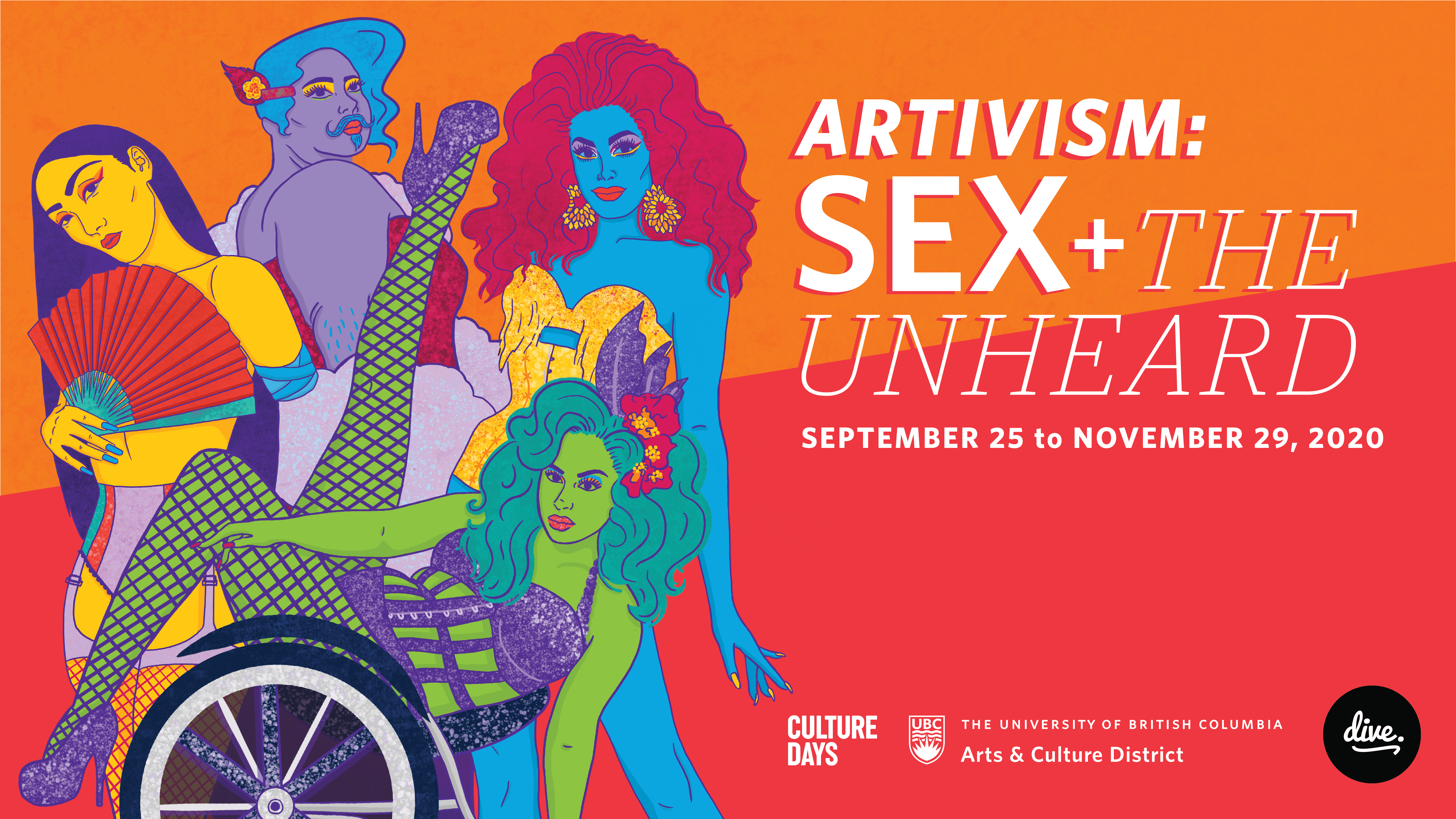 “Art is essential for a revolution. I feel like we should all be adjusting as much art as possible during this time to be able to remember things as they were felt at the moment,” said Santana. Courtesy UBC Arts & Culture District

SEX + The Unheard, a two month long digital festival that engages with the art of creative resistance and the politics of the body.

Santana is familiar with the art of multitasking. Her role as director of DIVE INTO UBC, a student-run-organization, is an all-inclusive guide to the arts and culture community at UBC. The organization hosts stand up comedy shows, poetry slams, live music and one of their most popular events, pop-up shops.

This year has called for a new range of flexibility for everyone, especially those holding planning and organizing positions within Arts and Culture. Santana is also the strategic communications and events assistant manager for the UBC Arts & Culture District.

For her, there is a natural pull to the subject matter, as her own work in poetry and spoken word unapologetically deals with the intersections of sex, gender and sexuality. Grappling with planning a festival in the midst of a global pandemic, this summer she’s been getting comfortable in putting together the third rendition of ARTIVISM.

ARTIVISM, which held its first festival in 2018, was organized to get students more deeply involved in campus culture. Typically several in-person events occur across campus but this year, as a result of physical distancing restrictions, ARTIVISM will be held online.

Despite this, Santana believes that the knowledge of the digital format beforehand has been somewhat advantageous.

“I had the advantage that it was always planned to be a digital festival because the planning process started in April - March,” she stated.

“So when I first got the position for both director and member of UBC arts and culture district, it was always planned to be a digital festival.”

For Santana, the planning process was interesting “because it was a lot of just emailing people that [she] admired and hoping for the best.”

“Especially in the beginning of COVID, everybody was very responsive. Everybody just was happy to hear from someone else. So I was able to reach out to people from all over the place because, with corona [we weren’t] restricted to who was able to be in Vancouver at [a] specific period of time,” she said.

Alongside local talent, speakers for the event are from San Francisco, New York and Toronto, with a more diverse audience tuning in from Japan, Germany and the United Kingdom. Santana’s passion for this project is seen in the way she speaks of students, her mentors and the excitement (and fangirling) she gets from conversing with people over Zoom.

But beyond planning the magic that is conversation, is something even more special. For Santana, it is of the utmost importance that minority voices were highlighted. This is ultimately who the festival seeks to serve — the unheard.

‘A reminder and a poking’

Santana makes it very clear that there’s no choice in listening. Or being heard. As an artist, the line between the personal and the political isn’t drawn lightly or without responsibility.

The responsibility to organize an event that is held accountable to its audience on and off screen is something Santana felt personally.

“I am Dominican, born and raised and moved to Canada three years ago. I consider myself an Afro-Latina. Even though I am a very light-skinned Black person, I know that that always gives me a role where I have some sort of certain privilege that I have to use in order to heighten the voices of those that might not have that privilege in our society,” she said.

ARTIVISM and the work created for it is an extension of the artist.

“This festival just feels like part of my work in general. My work is very political and in your face ... and I am not ashamed of that … It didn’t really feel like I was writing for this festival specifically, it just felt like part of my larger body of work about exploring my own identity as an Afro-Latina woman,” said Santana.

‘Art is essential for a revolution’

While COVID-19 has uncovered many seismic changes in our society, ARTIVISM and its process of adjustment feels incredibly fitting for its time.

“Art is essential for a revolution. I feel like we should all be adjusting as much art as possible during this time to be able to remember things as they were felt at the moment,” said Santana.

Santana ended by discussing the importance of this festival in an uncertain time.

Coral Santana has been a contributor for The Ubyssey.