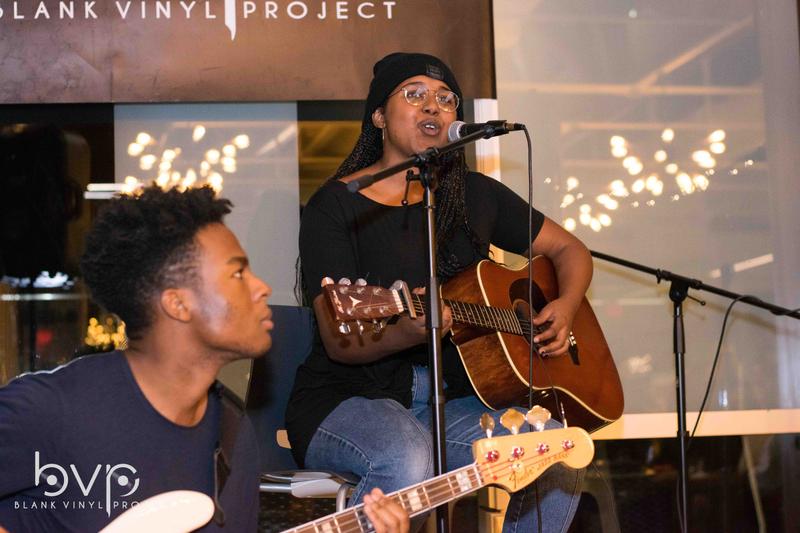 The UBC Black Vinyl Project (BVP) is a relatively new phenomenon — started only six years ago — that has nevertheless exploded across campus. Originally conceived as a label for UBC musicians, they provide regular gigs across campus and beyond while also hosting jam sessions for musicians to meet up and possibly start new bands.

Last Friday, they decided to liven up the Gallery 2.0 with their second open mic night.

Overall, it was a very pleasant evening. The first hour or so of the lineup was full of skilled singers and musicians that set the mood nicely with well-done acoustic covers. They sang everything from Al Green’s “Let’s Stay Together,” Black Street’s “No Diggity,” Bastille’s “If You Close Your Eyes” to “26” by Paramore. There were also plenty of good original compositions, like Matt Hermano’s “One Night Love.”

The Gallery was indeed hoppin’ that night, as at least 50 some odd people gathered around the tiny stage at the night’s peak while plenty more filled out the rest of the restaurant.

However, after hearing a seemingly endless stream of acoustic guitar performances, it was easy to get a little fatigued. Nine out of 15 performers playing endless mash-ups and medleys on the same instrument inevitably got a little monotonous, even if the general mood was fun and breezy. Those who did not play acoustic guitar either sang to pre-recordings or brought other instruments including ukuleles, electric guitars and a drum machine.

For me, the drum machine ended up stealing the show.

In the fifth act of the night, producer Carlos Argon scored points right off the bat simply for being different from the slew of acoustic performances. He proceeded to kill it with a great rendition of “Frank’s Track” from Kanye West’s latest album, The Life of Pablo. He continued to layer a string of vocal medleys on top of his own original beats, all of which were breaths of fresh air. Each chorus and bridge were a splendid blend of mellow trip-hop melodies and synthesizers, as each new vocal line introduced another layer of depth and melody. Hats off to the guy.

Other standouts included: Caroline Lempert playing Tech N9ne’s “Fragile” on acoustic guitar and proceeding to both sing and rap the whole song excellently; Carly Wiechnik playing instrumental electric guitar ballads with plenty of folksy rhythmic chord progressions and stylistic licks; and one odd song by an artist I won’t name that was seemingly a public confession about Adderall addiction that went on for too long.

BVP’s Events Director Aliya Lynn shared the frustrations about the aggressively acoustic tilt of the show, saying that most open mic nights “tend to gravitate toward one crowd.” She said plans were being made to contact and collaborate with more varying disciplines for future open mics, including full scale bands and more live production like that of Carlos.

The Blank Vinyl Project’s open mic night at the Gallery wasn’t perfect — a few performances were outright bad and mic trouble messed with the performance’s momentum.

However, the general vibe was good easy-listening with a few exceptional acts to spice things up. The event has the potential to be a truly enjoyable laid-back night out for students wanting to hear some good tunes, as long as they can maintain variety in their lineup.