‘We said everything we wanted to in the pictures’: PhD PhotoVoice project showcases experiences of displacement 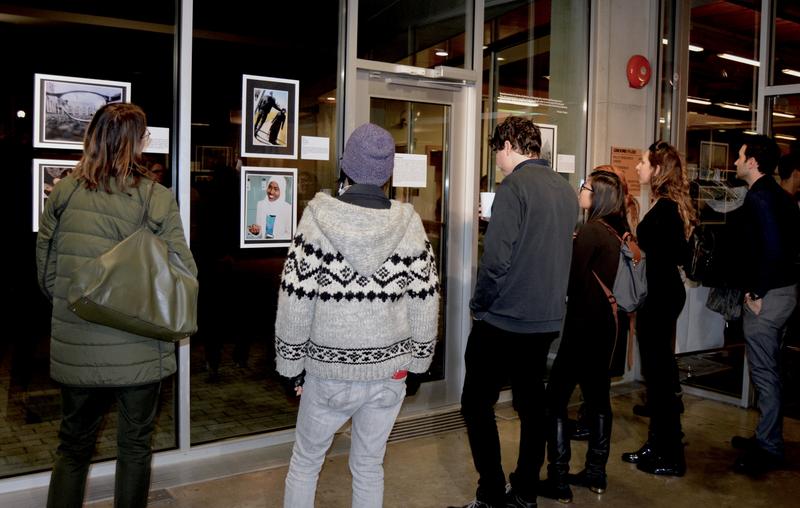 The captions were written by the women themselves and told their own stories of war, loss and violence, but also of new friendships, celebrations and the comfort their faith gave them. Riya Talitha

The Liu Institute for Global Issues recently wrapped up a a photo-exhibition called Can the Displaced Speak? Refugee Muslim Young Women Negotiating Identity and Belonging Through the Camera Lens.

The exhibition was the result of a year-long PhotoVoice project facilitated by UBC PhD candidate and Public Scholar Neila Miled. It featured a collection of photographs taken by ten young Muslim women, displaced from their home countries, who now live and study in British Columbia.

The exhibit opening welcomed viewers with tables of delicious Middle-Eastern food and other refreshments, while the back of the room had papers, colourful sketch pens and posters asking the questions “What is Belonging?” and “How has this exhibition informed your understanding of Belonging and/or Displacement?”

In her opening remarks, Miled explained her vision behind the project.

“We talk a lot about Muslim girls [and] women, but we rarely see them talking about themselves or expressing their opinions or sharing their perspectives.”

It was easy to see how Miled, a magnetic speaker, had connected with the young women. 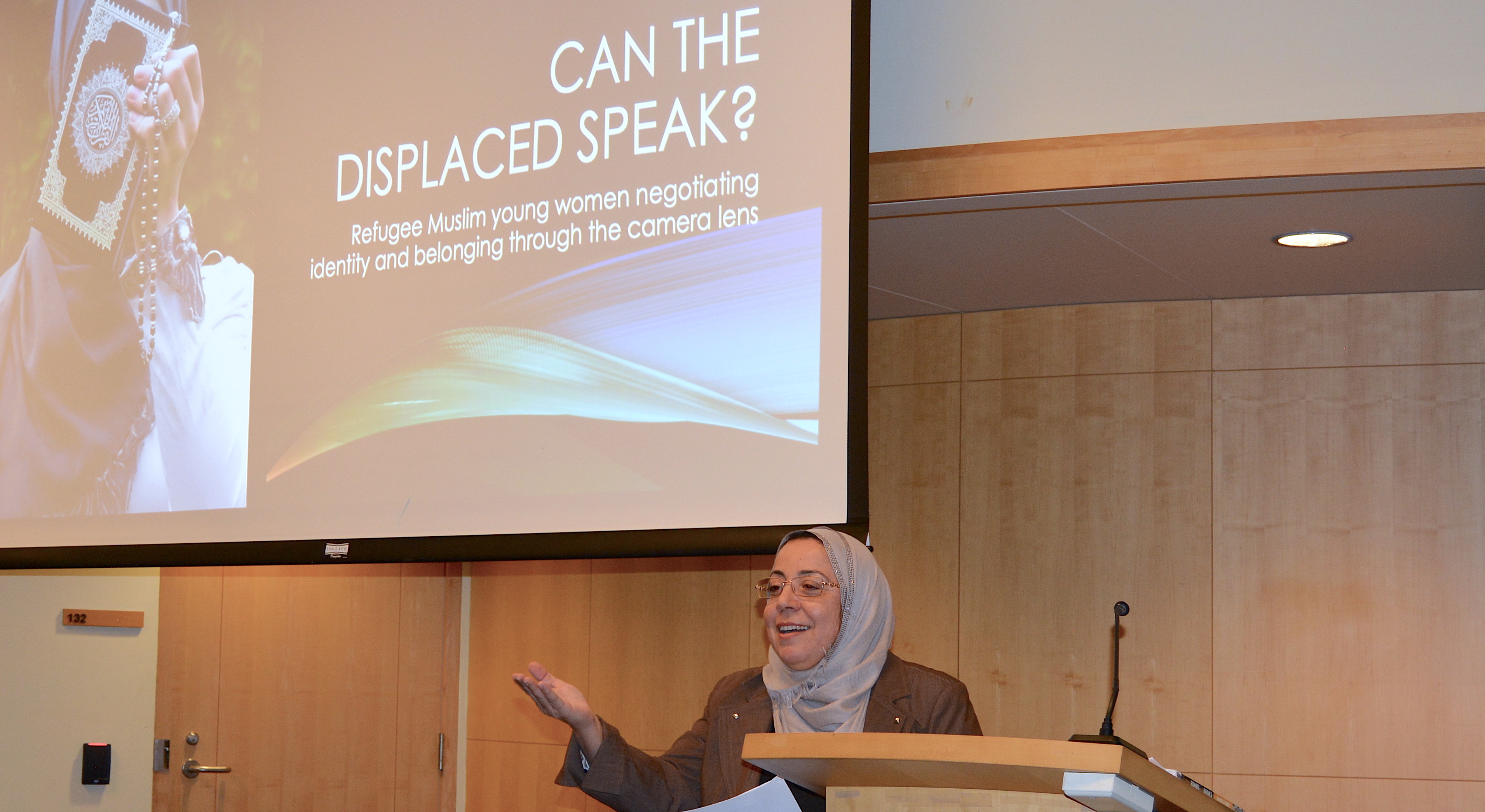 The pictures they took were of everyday things — a bridge, a window, cookies and a particularly sweet portrait of some of the women’s hands. The captions were written by the women themselves and told their own stories of war, loss and violence, but also of new friendships, celebrations and the comfort their faith gave them.

“... The debate has been always about the discomfort with [Muslim women’s] scarves, hijabs [and] niqabs. It is always a discourse that negates these women’s agency, commodifies their bodies and silences their voices,” said Miled.

During the question and answer session at the end of the reception, one of the audience members asked if the women had anything they wanted to share. After a brief whispered conference, one of them answered and Miled translated the reply.

“No, we said everything we wanted in the pictures.”