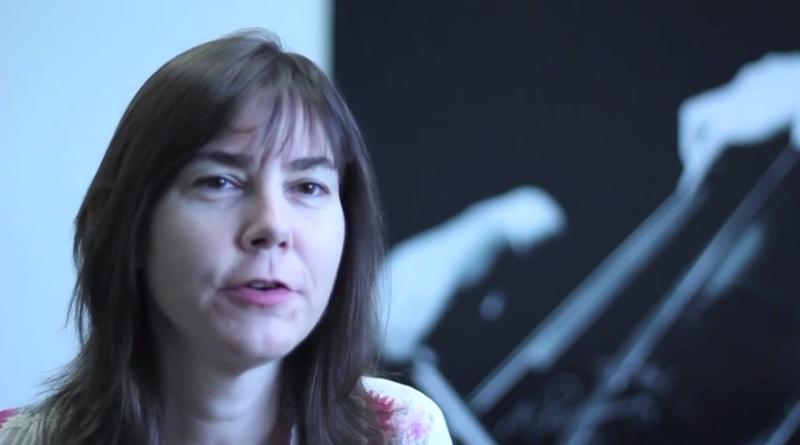 Jocelyn Morlock was one of the award recipients at The 2015 Western Canadian Music Awards. Screenshot via Youtube

Morlock, who received her Doctor of Musical Arts from UBC in 2002, won Classical Composition of the Year for her composition, Cobalt. Stobbe, who graduated with a Bachelor's of Music in 1994, won Classical Recording of the Year for his album, Ysaÿe Sonatas for Solo Violin. Open to musicians from four provinces and two territories, the Western Canadian Music Awards (WCMA) accept nominations for musicians who have released albums within the past year. After nominations have been sent in, there is a two stage adjudication process where the top five nominees in each category are narrowed down before a single winner is selected for each award.

Morlock’s award winning Cobalt is a double violin concerto embedded in her album of the same name which features mainly orchestral compositions.

“I decided on this idea of ‘cobalt’ because cobalt is my favourite colour of blue and it's also this weird element in that it’s radioactive. I started looking it up and I found out there’s also this evil goblin in German folklore called 'The Cobalt,'” said Morlock. “I liked those ideas so I started exploring different characters I could work with for this piece.”

The pieces in the album were recorded separately before compilation and most of the tracks were taken from CBC Music recordings. Some are a decade old with the exception of Cobalt which was commissioned and recorded by the National Arts Centre Orchestra. Coincidentally, the original performance of Cobalt at the BC Scene Cultural Festival featured Stobbe as a violinist.

“Because it was already all prerecorded, a lot of [the production] was done through things like email, people talking, listening to recordings and sending stuff back and forth as opposed to being in the studio,” said Morlock. “So that way it was kind of more virtual than some albums.”

In stark contrast, Stobbe recorded Ysaÿe Sonatas For Solo Violin over a period of three months spending four to five hours in the studio for each of the six violin sonatas.

Both musically and technically challenging, Stobbe describes the sonatas as a combination of “the great thick textures of Bach from the 1700s” and “the technical prowess and wizardry of Paginini in the 1820s.”

Perhaps even more extraordinary is the story Stobbe recounted of the composer Eugene Ysaye, who was so inspired upon hearing a performance of Bach’s sonatas for solo violin that he locked himself in his room for one week in order to compose his own set of unaccompanied violin sonatas.

To date, Stobbe is the only Canadian who has recorded all six of Ysaye’s sonatas. Initially laughing off suggestions of recording the album, Stobbe developed a personal connection to the sonatas during his mother’s struggle with breast cancer.

“When I was with her in the last two weeks of her life, I was drawn to these pieces ... It was my little therapy every morning just to play them and feel that musical connection to them, to feel the intimacy of what was going on,” said Stobbe. “I decided then that, in a homage to her, I was going to record them.”

For Stobbe, the sonatas have kept their value through time.

“I’ve performed a lot,” said Stobbe. “You’d think it’d get easier as you play them more and more times, but somehow you still feel intimidated, nervous and very emotionally drained by them. They’re a big experience.”