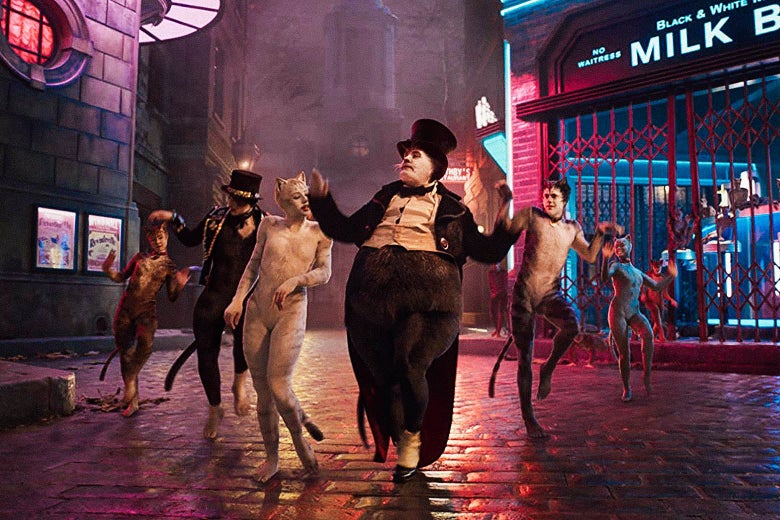 I bit the metaphorical bullet and sat through the movie (sober) for the benefit of you all. Universal Pictures

After two days of reflection, I have to say: What. the. fuck.

My relationship to Cats is a weird one.

In the early years of high school, we learned a dance to the song, “Macavity.” We practiced it so many times that I can still recall all the words and about half of the dance moves. In later years, my friends and I would sing the song to each other in a sordid mix of both irony and admiration. Why was Macavity a mystery cat, where did he disappear to at the scene of the crime?

And most importantly, why was there a musical about cats in the first place?

When I heard about the film a few years before it came out, I was actually keen on watching it. The film was to be directed by Tom Hooper, who also worked on Les Miserables (what theatre kid doesn’t love Les Mis), as included both Jennifer Hudson and Taylor Swift.

However, when last December rolled around and I read various reviews, I was heavily put off from watching the movie. I posed watching it as a drinking game but given this year, my tolerance for watching nonsensical trash was considerably lower than usual. 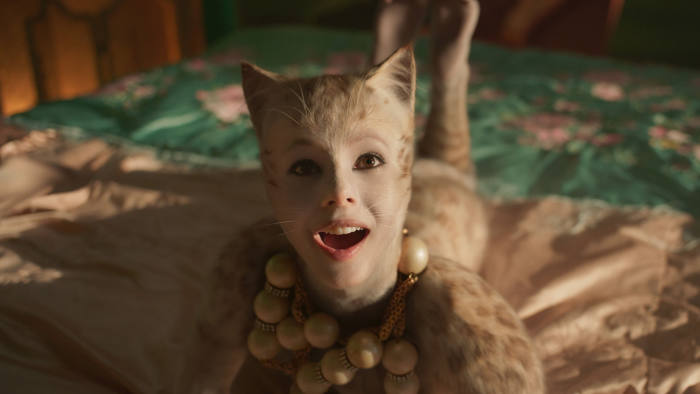 This year, my tolerance for watching nonsensical trash was considerably lower than usual. Universal Pictures

But this Christmas, I bit the metaphorical bullet and sat through the movie (sober) for the benefit of you all. And after two days of reflection, I have to say: What. The. Fuck.

The best way to explain the movie is that it is 110 minutes of introductions, there is no plot, just a lot of Jellicle and absolutely no sense.

In essence, this film is a musical version of a monotonous ice breaker, but it’s worse because it’s sung at you by furry monsters with human faces and human hands. If Tom Hooper wanted to considerably cut down the budget of his 100 million dollar movie he could have simply given them all name tags and called it a day.

While we’re on the topic of the songs, I want it to be known that pretty much all of them are incredibly forgettable. The least of the forgettable being the aforementioned “Macavity,” sung by Swift and the hip-hop infused version of “Rum Tum Tugger,” performed by “Whatcha Say” singer and TikTok pariah, Jason Derulo.

Thirty-three minutes into the show, I took to Twitter to note, “[This movie is] just names. Names and stupid songs. No bops.”

The songs are generally lifeless, and ballerina Francesca Hayward, who stars in the movie as Victoria, a recently abandoned cat, gives one of the most lacklustre performances of a musical lead that I have ever seen. Her face stays in a memeable expression for much of the movie, and when she does sing it’s... average. 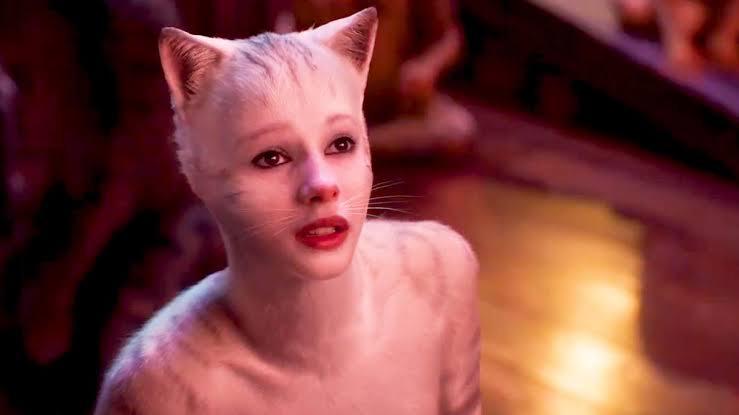 About halfway through the movie, Jennifer Hudson tries to save the movie with a stunning rendition of “Memory,” followed by “Beautiful Ghosts,” another beautiful ballad written by Swift and performed by Hayward.

But even these highlights cannot overshadow the confusingness of the rest of the production. The introductions are one thing, but the aesthetic of the cats, with their unsettling CGI, is nothing short of nightmare-inducing.

If you do get around to watching the movie, watch out for their ears. They seem to have a life of their own as they creepily dance around on the heads of the performers.

The most horrifying my part, in my opinion, is in a performance given by Rebel Wilson, who stars as Jennyanydots, a domestic tabby cat, who spends her time teaching dance numbers to mice and roaches. In her song, titled ‘The Old Gumbie Cat’ the camera pans down to the mice and roaches, who like the cats are created with similar, but arguably more horrifying CGI. What makes it worse is that the roaches and mice are played by children, who are at risk of being eaten if they get any of the dance moves wrong.

For a movie that took 100 million dollars to produce, the proportions and laws of the movie frequently vary in its consistency. Sometimes, the cats are too big. Other times, they are small. Sometimes they walk on their feet (but only in a weird dancing way), other times they crawl. Sometimes the cats have human hands. Some of the cats wear clothes, and during ‘The Old Gumbie Cat’ number, Rebel Wilson zips down her fur to reveal a dance costume that she is wearing over another level of fur.

If you are confused I get it, because I am confused too. 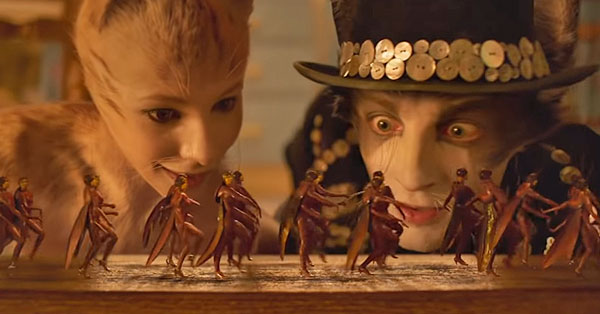 The aesthetic of the Cats, with their unsettling CGI, is nothing short of nightmare-inducing. Universal Pictures

There is also this weirdly sexual energy that emerges from the felines for no apparent reason. I’m particularly talking about Derulo, who seductively gyrates through most of the movie, but also Swift, who enters the movie for about 12 seconds as femme fatale Bombalurina and Idris Elba (poor Idris Elba) who plays villain Macavity, the mystery cat.

Throughout the movie, my laptop kept buffering and cutting out as if to say, ‘Danni, you don’t need to go on.’ At one point when I tried to watch, it restarted from the beginning before cutting out again. If that’s not a sign I don’t know what is.

But eventually, I finished the movie, and I am a changed woman for it. I long for the moments before I pressed play. I was innocent then, now I am tainted.

As the movie ends, Dame Judi Dench, who plays Old Deuteronomy, eye fucks us through the camera as she sings “A cat is not a dog.”

Yes, Judi, you got that right!