Coastal Break: where music and passion bring strangers together 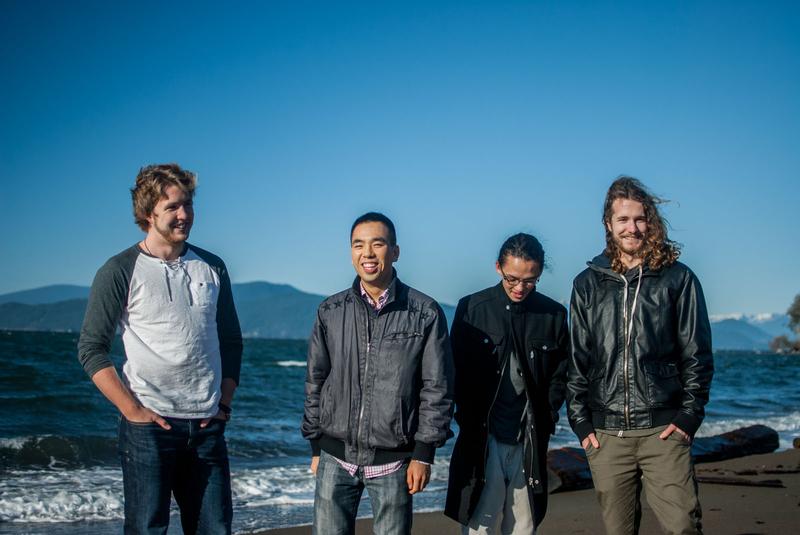 The band met in UBC's jazz club, and share the same passion for music.

Coastal Break, a band formed in 2013 by four UBC students, has just released their second EP, Bedouin — a record reflecting their on-campus performances over the last few years. It was through the UBC Jazz Club where the members met each other. Although they all share a passion for music, none were in the same faculty.

“When we were in jazz band, we all kind of wanted an opportunity to branch out into other styles and just have the freedom to write [and play] what we wanted,” said Darren Tong, drummer for Coastal Break and engineering physics major.

“There’s just something about writing your own music. It’s more satisfying,” said Jordan Williams-Yuen, a fourth-year biology student and guitarist.

In life, nothing unrolls perfectly without effort and it was the same for Coastal Break in naming their band.

“Every band name you can think of is taken,” said bass guitarist Torsten Raupach. “It starts to get really frustrating. Nothing really seems to fit, but I really like the one that we did end up coming up with.” The band emphasized the coexistence of hard work and fun. For the musicians, the logistics and music practice might take some work, but the performance experience in itself is a reward.

“It’s fun to see the same people always coming out to all the shows,” said Tong on performing for the Ski and Board club on campus. The band enjoys the privilege of establishing connections with a set of loyal audiences and communicating through their music.

Raupach referred to a live performance in the woods with rented power generators, a glacial backdrop and a trek on mountainous trails as “the craziest gig we’ve had.”

“It was a lot of fun. It was beautiful because there was a glacier in the background and the river right there,” said Raupach. “That was a really cool environment to play in.”

At beginning of the month, the band released their second EP, Bedouin, a collection of musical vibes rich in jazz, metallic and different elements. “When it comes to naming the songs, I try to imagine … what captures the essence of the song. Then we just go with that, we don’t give it too much thought,” said Raupach. “I don’t want to tell anybody specifically what they have to feel or what they have to think of when listening to a song.”

The band wanted their audience to find their own definition in the songs instead of giving a fixed label. “The fact that all the songs are instrumental leaves it a bit more ambiguous what the name is going to be,” said Williams-Yuen.

“A lot of jazz is about that interplaying – the spontaneous interplaying between the musicians,” said Yuen, commenting how the band members give credit to UBC Jazz Club for the opportunities to perform together. “The fact that we are all jazz trained … I think it’s huge. It affects how we compose music.” Like most students in UBC, the band members also face the challenge of managing school work while making time for other passions. The best of both worlds, it’s about striking the perfect balance.

“I think a lot of it is trying to balance commitments and where does music lie on that,” said Williams-Yuen. “Music is a big passion ... for all of us, but it’s not where we are heading necessarily in terms of careers.”