No topic is safe from UBC Debate Society 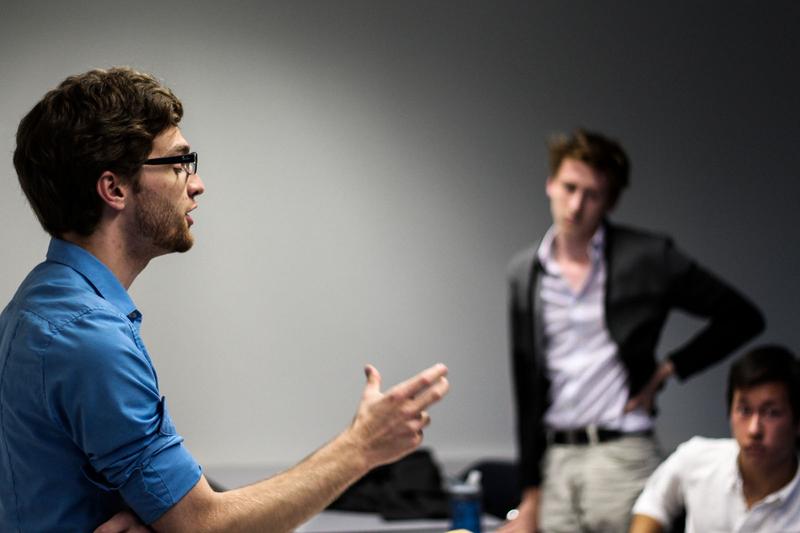 If your idea of the Debate Society is a room full of aggressive argumentative people shouting at each other, you couldn’t be more wrong. The UBC Debate Society instructs and mentors students on how to be better speakers as well as cultivates sharp logic skills.

Countering what some might expect, it’s actually very rare for people to become passionately heated about a topic and throw logic to the wind.

“It just makes you a more understanding and logical person. You’re forced to engage with things that you don’t agree on in debate,” said Pia Lim, Vice President of Marketing for the UBC Debate Society. “I honestly think debate has made me a better person. Without it, I would have just stayed argumentative and closed minded. You can’t afford to be closed minded in a debate.”

The Debate Society began in 1906 — predating UBC itself. Back then, men and women were segregated into separate societies. The women’s suffrage movement and their right to vote were still hotly contested topics. Even to this day, no topic is safe from debate — no matter how controversial.

Students are frequently challenged as they engage with topics or stances that they may not necessarily agree with. However, after speaking to a few debaters, many seem to favour this occurrence over agreeing with a motion.

“You don’t really know what your beliefs are until you can argue against them,” said Masao Dahlgren, a first-year arts student and novice member of the UBC Debate Society.

A strong focus for the debate community is to cultivate the individual skill of debating and public speaking. Within the society, novice members are matched with “Pros,” experienced members, and develop a mentorship. Members also do a lot of outreach such as volunteering to teach debate strategies to students in various Vancouver high schools.

“A lot of the coaches in the Vancouver high school circuit are UBC debaters who are volunteering their time ... The schools who have coaches are private schools that can afford it,” said Lim.

While cultural stereotypes and film characters might suggest debaters to be overtly competitive individuals, this is not the case. Tournaments are a huge networking opportunity.

“There is a big social aspect to debate — debaters have a lot of friends all across the province and all across the country and down in the states as well,” said Lim.

It is free to attend meetings, training sessions and to participate in open debates.

“The only reason people pay is because we subsidize students to go on trips around the world … For $10, you have further access to more training days that are more intensive, socials and tournaments,” said Lim.

If you’re considering whether or not the UBC Debate Society is for you, Dahlgren encourages you to give it a try. “If you’re on the fence about joining, you’re already having a debate with yourself! So you might as well come to the society and do it with other people.”