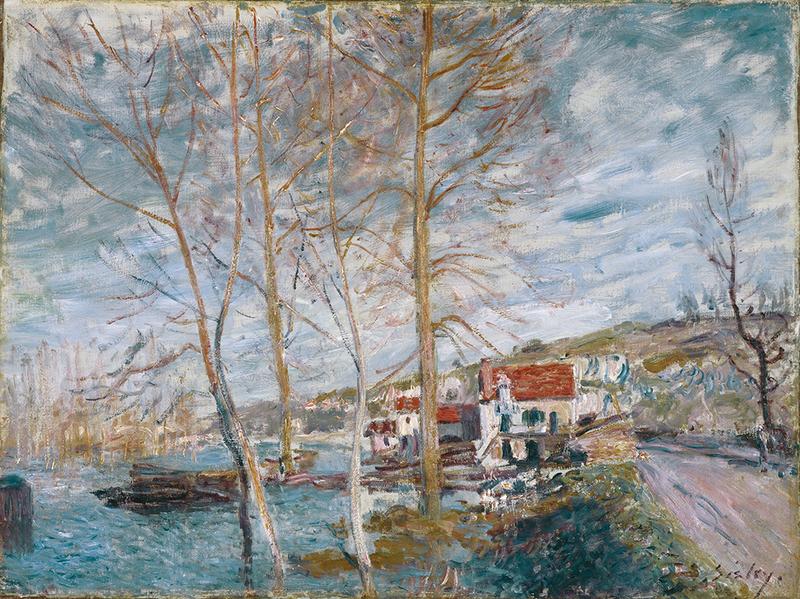 With a rich mix of artworks diverse in subject matter, style and scale, the exhibition is a fascinating time capsule. Courtesy Vancouver Art Gallery

The Vancouver Art Gallery’s French Moderns: Monet to Matisse, 1850-1950 offers a fascinating glimpse into the evolution of artistic styles through momentous French artistic movements. The exhibition features renowned artworks and sculptures by celebrated artists trained in France from the mid-nineteenth to the mid-twentieth century.

French Moderns first unfolds in front of one’s eyes in the opening era of Academic art — an artistic style of painstakingly refined and meticulous aesthetic standards set by the French Academy of Fine Arts. Academic artworks depict a glorified France, particularly through portraits of the elite that exude an air of elegance and refinement. Wealth and sophistication of the high class is noticeable in Jehan-Georges Vibert’s An Embarrassment of Choices, which shows a noble clergy smelling a bouquet of roses in an opulent interior setting. Outside the boundaries of France, paintings with ‘Oriental’ inspiration also depict a magnified French fantasy of North Africa and the Middle East.

Impressionist works stand out as a deviation from the precise and polished standards of aesthetics of the Academy. Claude Monet’s Rising Tide at Pourville mesmerizes the audience with his brilliance in portraying light and fleeting movements of nature through multiple layers of colours. Interestingly, contradictory to a resounding acclamation from modern audiences, Monet’s works were considered “disorderly and unrefined” and shunned by academic critics in his time. Consequently, Monet led the phenomenal Impressionist movement with other Parisian artists by creating their own exhibitions in defiance of rigid classical standards.

A bronze masterpiece by Auguste Rodin is also a breakthrough from long-established aesthetic norms as it marks an early sign of modernism in sculpture. I was stunned by the exacting details of the human body that were cast — a contrast to the hyperbolized and idealized image of Michelangelo’s David. Similar to critics’ reception of Rising Tide at Pourville, Rodin’s bronze was not held in high regards in its time as it shows nudity in such a gnarly and candid manner.

Amidst the French Revolution in the 1840s, Realist artists honoured the rising lower class who would never have been portrayed in academic paintings. The ordinary working class such as female farmers or shepherds in the sunset during seemingly mundane moments now became artistic subjects from a romantic, heroic and praiseworthy viewpoint.

Female artists’ presence was unsurprisingly scarce as they were not given the same opportunities in formal art training as their male counterparts. Limited by social convention to venture into the outside world, female artists drew artistic inspirations from familiar domestic surroundings. Berthe Morisot’s delightful Madame Boursier and Her Daughter carries the audience into an intimate and cozy household setting.

With a rich mix of artworks diverse in subject matter, style and scale, the exhibition is a fascinating time capsule carrying the ebbs and flows in modern French art history. To French art aficionados and non-experts alike, giving each artwork a careful look and questioning the evolution of artistic standards and public perception would make for an enriching and intellectually stimulating afternoon of art enjoyment.