From the Cult: Presidential interviews

We wanna see who the presidential candidates really are, as one of them is going to be the face of our student union for the next year. File Salomon Micko Benrimoh

There are a lot of people running for AMS President. Like in all elections, the candidates do a lot of work to try to “look professional” and “write a platform.” Here at From the Cult we think that's baloney. We wanna see who the presidential candidates really are, as one of them is going to be the face of our student union for the next year. To do this, we asked the candidates some silly questions to see what they’re really like.

Kuol Akuechbeny did not participate in the interview.

How late is too late to walk in on an hour long class?
No such thing as every minute of learning counts.

What song best captures the feeling of being in love?
Crazy in Love - Beyoncé feat. Jay-Z

Describe the worst haircut you’ve ever had.
I would let my hair grow out into fat curls and had a mini-fro. Grade eight was tough.

How long is too long to own a pair of shoes?
Crocs last anywhere between 1-3 years depending on whether or not you wear socks with them.

Do you think you could beat me (Thomas O'Donnell) in a game of Connect 4?
Absolutely. The inner machinations of my mind are an enigma.

Off the top of your head and without looking it up, could you direct me to the landscape architecture building?
Start at the Shadow. Follow the North Star. If you see a bear you've gone too far.

How many whales have you seen in your life?
One, thanks to Seabreeze Adventures' 95% sighting success rate and sightings guarantee*!

Can you skateboard?
No, but I'm unreal at Tony Hawk's Underground.

What was your high school mascot?
Fighting Irish.

How late is too late to walk in on an hour long class?
When the prof gives you the side eye, that's a bad sign.

What song best captures the feeling of being in love?
Floral & Fading by Pierce the Veil because sometimes my partner and I will listen to music and that song will come up, then for some reason we will start slow dancing. I've started to put it into my Spotify queues but playing it off as random just so we can slow dance.

Describe the worst haircut you’ve ever had.
I dyed my hair light brown with golden streaks once and I am constantly reminded by others about how bad it was. 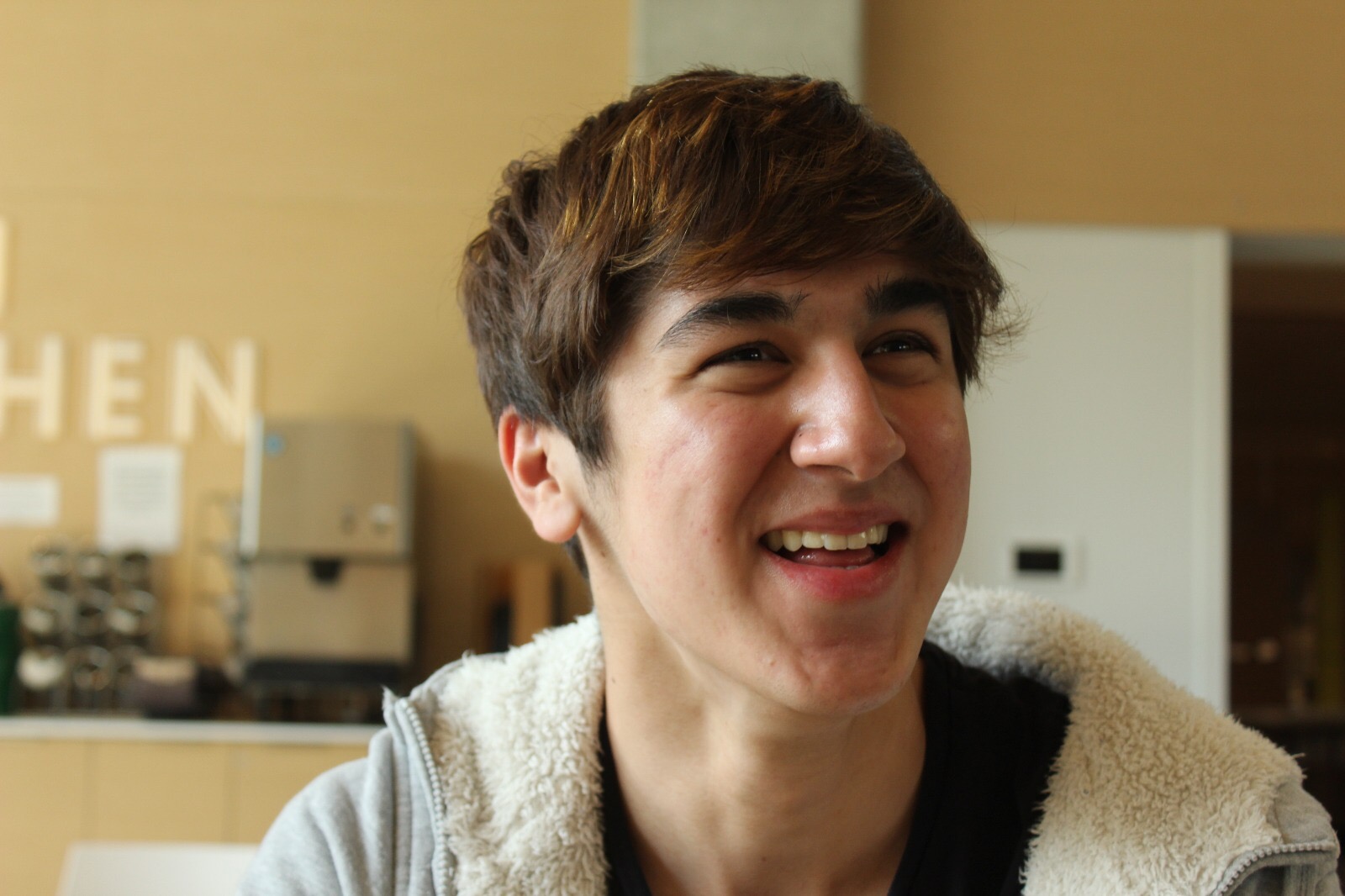 How long is too long to own a pair of shoes?
When you start thinking about your life with another pair of shoes (gasp).

Do you think you could beat me (Thomas O'Donnell) in a game of Connect 4?
Hell no.

How many whales have you seen in your life?
Not enough to break the ice, so zero.

Can you skateboard?
I can longboard which means I'm a bit more pretentious.

What was your high school mascot?
A tree, a freaking tree.

How late is too late to walk in on an hour long class?
It’s “never too late” -hedley

What song best captures the feeling of being in love?
You’re the reason our kids are so ugly - Conway Twitty and Loretta Lynn

Describe the worst haircut you’ve ever had.
Well ... why else do you think I tie a turban

How long is too long to own a pair of shoes?
As my dad always says, “you are always older than your shoes so if you wanna throw away your shoes because they’re old ...”

Do you think you could beat me (Thomas O'Donnell) in a game of Connect 4
Well, are penguins cute?

Off the top of your head and without looking it up, could you direct me to the landscape architecture building?
You take a left and go straight and you’re there.

How many whales have you seen in your life?
According to the IUCN there are probably 10000-25000 blue whales so, that many

Can you skateboard?
Hold my drink ...

What was your high school mascot?
A wild cat, wait, so it’s wasn’t real?

How late is too late to walk in on an hour long class?
No such thing! I mean, yes, it's discomforting to be in a 10-person seminar and get there over an hour late. Or, yes, it's petrifying if you have to face a creaky door that leads into your class when it's closed. However, when I'm late, I walk into class without shame because at least I'm there. Better late than never is a fine motto.

What song that best captures the feeling of being in love?
Ahhhh, this is tough. I've had vastly different feelings about the intimate relationships I've been in, partly because romance induces a swift, ever-changing mood, and partly because the loves of my life have made me feel very different things. I also really like music, and I've made far too many playlists on Spotify.

Being in love, head over heels: Young Turks - Rod Stewart

Being in love, but wanting it to be chill: Photosynthesis - Saba, Jean Deaux

Being in love with someone more platonically, like a friend on a long car ride: Dove - Cymande

Describe the worst haircut you’ve ever had.
The last haircut I had, I did myself. Was it the worst? I didn't think so, but I definitely messed up a few times, and I can't remember the one's I didn't like when I was young.

I was just getting experimental. I have an electric trimmer, so I thought, "Hey, why not save some money?" And, furthermore, I had my friend help with the back of my head. Then I decided to keep trimming throughout last semester because it was fun. I thought I was learning a new, slightly odd skill. But this term I ended up caving in, and - I have to say - I like my haircut now a lot more than before 😂

How long is too long to own a pair of shoes?
The longest I've had a pair of shoes is around 5 years. I still have em. However, they're a nice leathery version of Keen's. So, I can't say they're in bad shape. And I hardly wear them because, quite frankly, they're unstylish.

If anyone owned shoes for longer than 10 years - that are used most days - I'd be concerned. However, I'm all about what's best for the environment. If someone can buy blundstones and make them last 10 years, then hell ya! Go for it. After all, this is why thrift shops also sell shoes.

Do you think you could beat me (Thomas O'Donnell) in a game of Connect 4?
I've had my days. But if you want to go to the Gallery sometime in the next couple weeks, we could find out fair and [square]. I'd also look forward to "connecting" with you after having providing you with all these wonderfully vulnerable details.

Off the top of your head and without looking it up, could you direct me to the landscape architecture building?
Of course, just go down university boulevard from the Nest, turn left at the fountain (up to you if you like using it like a rotary, or if you take the shortest line possible), take main mall all the way to the intersection of Agronomy and voilà! It's on your right. Not much to see there. My friend in Landscape Architecture says it's just studios and most of her classes are in Lasserre (arguably harder to find) or MacMillan.

How many whales have you seen in your life?
At least 10. Luckily I've never seen any beached and ready to die. And if you count movies & photos, I'm up to 100, at least. After all they're in cartoons, natgeo instas... and whale rider is an epic movie.

I'm from Boston, and so I've been on a couple whale watches there, and I've also gone on boats in other countries for the same reason. One of these experiences was an epic school trip when I was in Grade 6. There was a family of 4 humpbacks breaching for all of us to see, and a couple others mixed in. Plus, harbour porpoises. Anyhow, lots of people "tossed their cookies" - to use the euphemism - from being on the rocking deck when we cruised over some waves for a while. I, to my content, was one of the few people who stayed out on the deck, not one of those laying across the tables waiting for the rocking to stop. Still brings laughs to me now thinking about all the adults who mistakenly joined us only to be sitting inside the boat's main cabin with heads tucked into their hands and arms in hopes of feeling better.

I guess it's the surfer in me that makes me nice and cozy out at sea. Safe to say, it was a swell experience that highlighted that school year.

Can you skateboard?
Just went today. Down from my place to Kits beach with the roomies. I was landing some tricks more cleanly, so that's always fun.

Would recommend everyone go the UBC Skate Park

What was your high school mascot?
The Lincoln-Sudbury Warriors. Super unoriginal considering the town next door, Wayland, also had the same name for their teams. I think it was a reference to Native Americans, but, honestly, there were hardly any graphics of warriors, nor was there a big, puffy-suited mascot. The only thing that gives away cultural appropriation of Native Americans was the feathers on the logo of football team sweaters.

A lot of my school's spirit was around the social aspect of being at games and participating in competitive sports. I don't think people found much relevance to the mascot other than saying "Go Warriors!" And, at games against Wayland, they would compete with who could rep the title better.