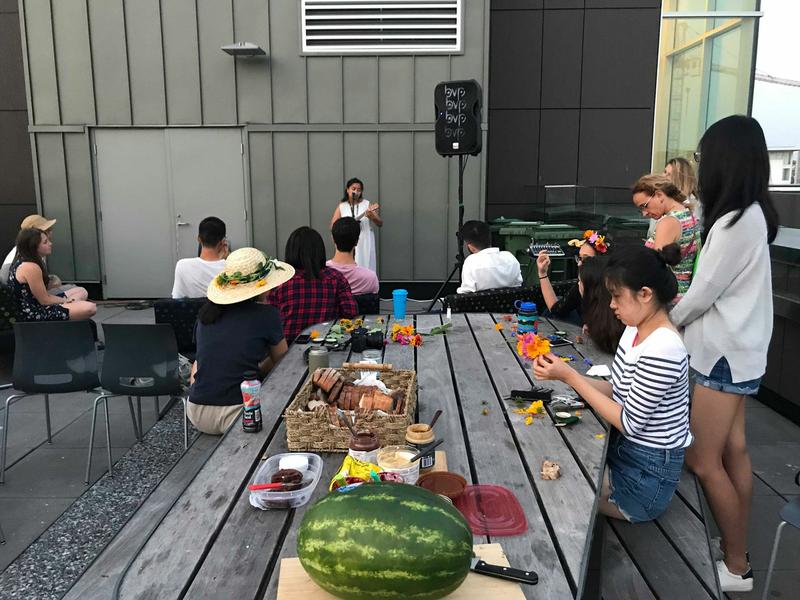 Garden Jams, a collaboration event between Blank Vinyl Project and Roots on the Roof, was a better-than-usual night for students to wax poetics. Zachary Kourgialis

Garden Jams — a collaboration event between Blank Vinyl Project (BVP) and Roots on the Roof — was a better-than-usual night for students to wax poetics while gazing at the sunset, as some quiet acoustic tunes rang out in the summer breeze.

Unlike previous BVP events I’ve attended, we were graced by something more than just first-time performers playing acoustic covers of pop songs. With only three performers playing, the gig was a tight, relaxing hour of summer jamming.

Bero, the first performer for the night, also happened to be the most unique and entertaining. He dazzled the small crowd with his somber Arabic folk songs, played with careful precision on his pear-shaped oud. His singing was also fantastic, exhibiting great tonal control of his voice. It didn’t matter that no one else appeared to understand Arabic — the music spoke for itself.

The next two acts, Angel and Kathleen, both played more standard pop covers on their acoustic guitar and ukulele, as well as some original materials. In Angel’s case, it was her first time performing and she impressed the crowd. I greatly enjoyed both of their original materials, and each performer’s voice added distinct personality to their covers.

The biggest outlier was a cover of Estelle’s “American Boy” by Kathleen, which added a little more groove and soul to the night.

Overall, it was a fun night, and I hope that BVP can continue adding a little variety to the enjoyable but omnipresent acoustic guitar and ukulele pop song crowd that frequents most of their events.