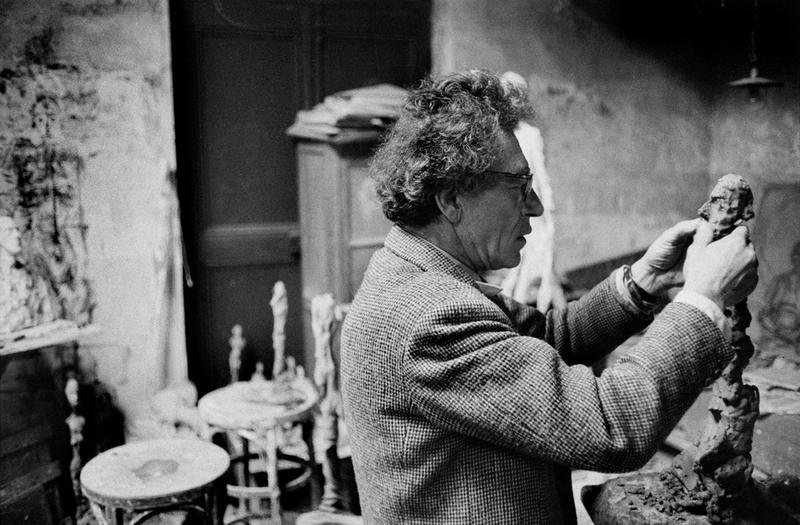 The exhibition leaves viewers with a deeper understanding of Giacometti’s art as part of the larger movement of existentialism born out of the artistic ideas which followed the massive destruction of the Second World War. Courtesy Vancouver Art Gallery

Widely respected for his work in sculpture, drawing, painting, and design, Alberto Giacometti is the focus of the Vancouver Art Gallery’s latest exhibition Alberto Giacometti: A Line Through Time, which opened June 16. The Swiss artist’s most influential sculptures were created after World War II, and consist of tall, slender human figures which are extremely textured and dark in colour. His figures are recognizable as human, but hold an otherworldly presence, as felt in the elongated limbs and shadowed concave spaces that allude to eyes. The exhibition successfully encompasses the power of expression contained in this reduced, monochromatic, almost eerie style.

The exhibit is incredibly expansive and thorough, containing not only works by Giacometti which span across his career and mediums, but also works by other artists from a huge variety of locations and time periods, which are said to have influenced the artist’s production. For example, a ritual doll produced between 1850-1950 in the Ashanti Region of modern-day Ghana is placed in the same case as Giacometti’s smaller sculptures in order to draw attention to the shared visual elements which exist in the two works. The curation of these works together in the gallery space — with its vastness and freedom of movement — creates a comprehensive and unexpected examination of the power of influence, materiality, context and simplicity in Giacometti’s art.

As the viewer travels between rooms, they are surrounded by platforms containing sculptural work with prints, paintings, and drawings lining the walls. Information about the life and career of the twentieth century artist is interspersed with the artworks, highlighting the context in which he worked; Paris and London in the post-war period. Connections between this troubled atmosphere and the exhibited works are drawn in the written information throughout the exhibit, which is clear and accessible for viewers.

But viewers are in no way passive receivers of information in their journey through this exhibition. They are consistently encouraged to actively engage in finding the correlation between works as diverse as Giacometti’s Seated Woman 1956 and an Egyptian Statuette of Imhotep 650-342 BCE ⁠— the resemblance of these two sculptures is striking. The precise selection and placement of these two works was by no means accidental, and the intricacies and effectiveness of the curatorial work does not go unnoticed.

The exhibition leaves viewers with a deeper understanding of Giacometti’s art as part of the larger movement of existentialism born out of the artistic ideas which followed the massive destruction of the Second World War. This story of an artist grappling with tragedy through his creation of works is inspiring and beautifully told throughout the many rooms of the gallery. The visitor has the rare opportunity to experience such a large collection of Giacometti’s works in one space alongside a vast collection of art which directly correlates to Giacometti. The Vancouver Art Gallery has brought this collection to Vancouver in a wonderfully curated and incredibly interesting way.