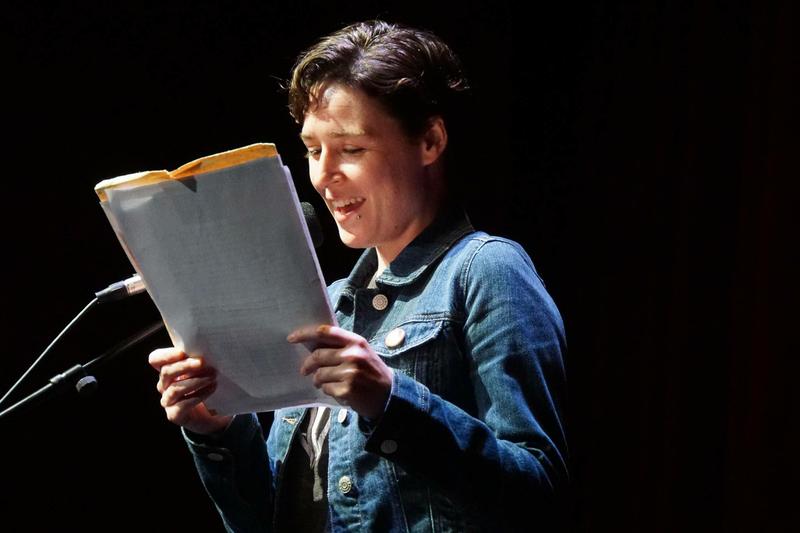 Unpredictability was also a staple of the night. Courtesy Grownups Read Things They Wrote as Kids

Grownups Read Things They Wrote as Kids is a self-explanatory open-mic event that travels across the world seeking adults who can brave the vulnerability of exposing their messy teen or gross kid years to hundreds of audience members. Founded and hosted by Dan Meisner, the Vancouver show was based at York Theatre, an intimate and stylistic venue providing an almost one-on-one experience with its readers.

The stories ranged from second-grade journal entries gushing about the family dog, to detailed descriptions of ninth-grade soulmates, to poems outlining just how awful a part-time retail job in twelfth-grade really is. There was a story for every audience member — illiciting both good and bad memories from their respective childhoods, they create bonds born from reminiscing and sharing memories throughout the sold-out theatre.

Unpredictability was also a staple of the night. Stories receiving the most laughter were ones that only the minds of kids finding their places in this world could think of: a KFC-themed love poem or a Star Trek version of The Night Before Christmas.

But the audience was not spared some more darker emotional turns. Stories featuring physically traumatizing experiences with bullies made one reader tear up, while others featured frightening world events through the eyes of children, such as 9/11 and the bombing of Afghanistan. But throughout the show, the host was able to ensure the audience’s laughter and joy by inserting witty remarks between each story.

The most empowering part of the night was seeing how the jumbled, confused kids in the stories grew up to be successful adults, who had since followed their dreams and found soulmates. I left realizing that this show is for people who love cringing and awkwardly laughing with others about the past, knowing that it’s the past that creates the grownups who can proudly say that they learned from the kids they used to be.