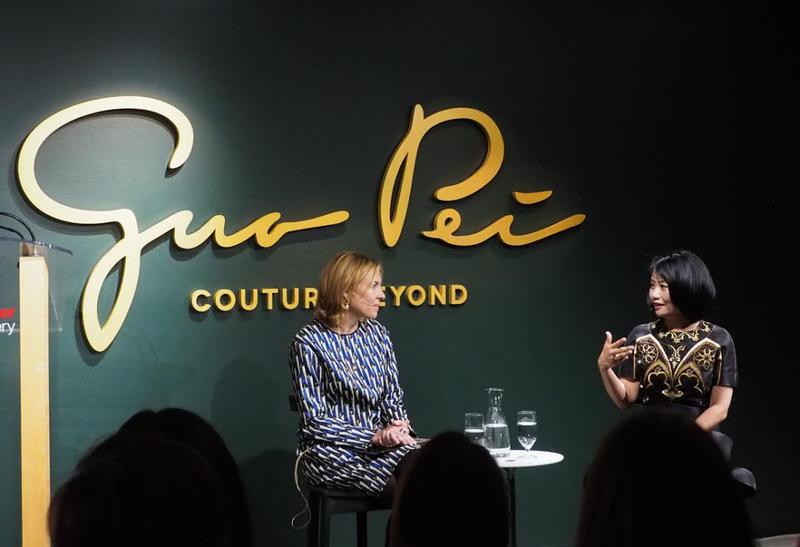 Being immersed in Guo Pei’s world of design, you truly understand her work is a labour of love. Laura Palombi

For the first time in its history, the Vancouver Art Gallery is presenting an exhibit dedicated to art and fashion — and boy, are they premiering with a bang.

Guo Pei has been an haute couture designer for over 10 years. Her work focuses on embracing traditional Chinese embroidery and displaying it on a grand scale with lavish and opulent designs. She gained notoriety when Rihanna donned the iconic yellow gown she designed to the 2015 Met Gala, which is one of the many pieces on display in this exhibit.

The tour featured a conversation with fashion journalist Bronwyn Cosgrave and Guo, who has a genuine personality and lightness about her. She is extremely dedicated to her craft and explained that displaying her work on exhibit would achieve her vision having a lasting impact.

“The life of fashion is brief,” Guo said, “but in museums, people can appreciate the work of a designer even after 100 years.”

“Fashion exhibits tend to be highly popular and with a large Chinese community in Vancouver, there is definitely a market for that,” Mayer said.

“But the appeal of Pei’s work spans far beyond the Chinese community. Her work has a broad appeal as a tactile imaginative art form. Couture is one of the high art forms where design and craft really come together.” 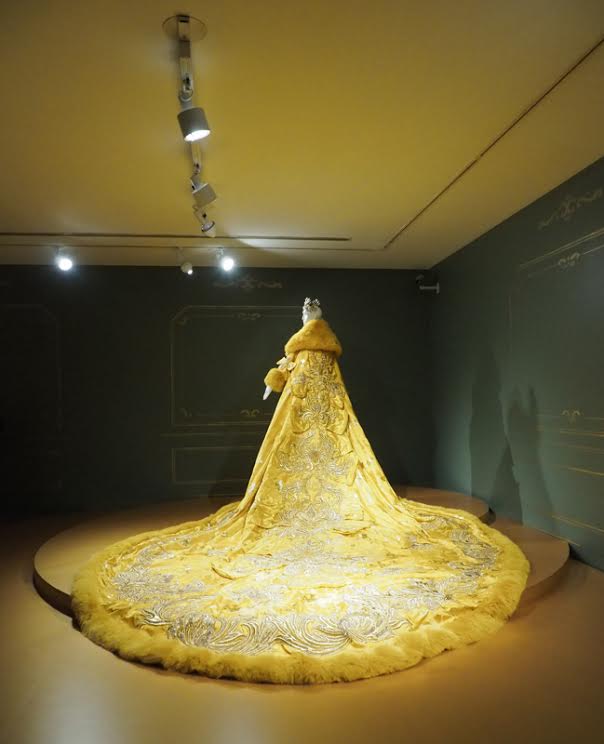 Behind all the glitz and glamour, Guo is really looking to convey her emotions and “express her heart” in her work.

“Runways are amazing because you have set designs with lights and music but when you are able to see my work up close in a quiet setting you get to know my world, you see the details in the work and to me details are wisdom,” she said.

Details indeed, Guo has roughly 300 employees who focus just on the embroidery of her garments. The yellow gown, for example, took 50,000 hours to complete.

What sets Guo apart from many designers is not just her dream-like concepts, but her dedication to traditional embroidery techniques. The main inspiration of her work comes from the Qing Empire, the last imperial dynasty.

“In ancient times no one taught a seamstress their talent they just did it,” she said. “I believe we can learn and even improve ancient techniques.”

Despite having followed Guo’s work for a few years now, I did not truly understand the complexity and detail of her craft until I viewed the exhibit for myself. The mix of beads, jewels and embroidery all carefully placed on a beautifully designed garment meshing together in harmony blew me away. Being immersed in Guo Pei’s world of design, you truly understand her work is a labour of love.

Guo Pei’s exhibit will be on display at the gallery from October 13 to January 20, 2019. Student tickets for general admission are $18 with valid ID and visual art majors can receive a $5 student membership for the whole year