“I Beat”: Transforming vulnerabilities into strengths 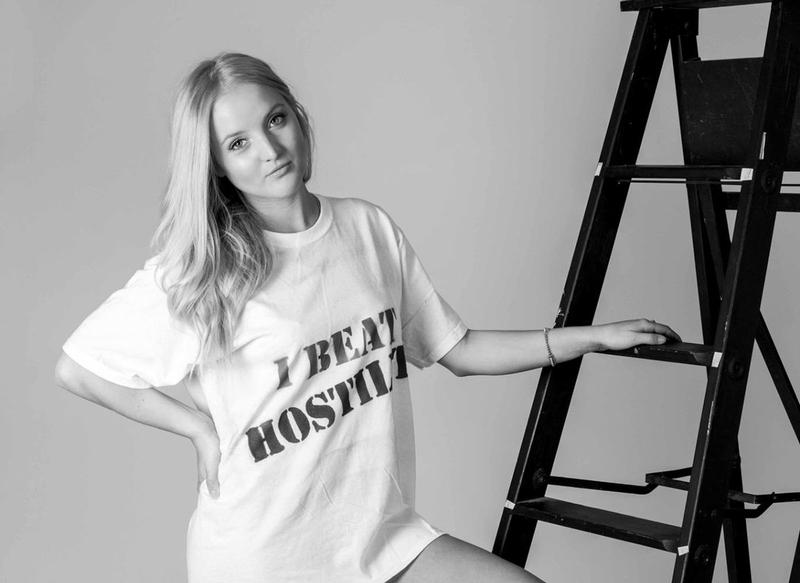 The models were given no direction, leading the project to grow and grow. Photo courtesy Daniell Tognetti

Everyone has overcome an obstacle, faced a struggle or dealt with something that made them feel weak. Whether this is something small like a bad day or something severe like mental illness, we all have things that make us unique and problems that we have faced.

Danielle Tognetti, an arts student has created a photography project detailing the vulnerabilities and obstacles that individuals face on a daily basis. Her powerful project became very popular among UBC students and the general public.

The project titled “I beat” included photos of 21 girls wearing t-shirts detailing different obstacles that they have overcome including anxiety, long distance relationships or bullying.

“I didn’t give [the models] any direction. I let them choose it on their own,” she said. “It grew into this bigger project that stemmed into mental illness.”

“I wanted to expand this idea and allow the models to choose and express vulnerabilities they have experienced,” said “I realized that this would resonate not just with the people who participated in the project, but for the audience and the greater public to really connect with it and honour the bravery of these girls," said Tognetti.

“This project was more for myself to build my portfolio and get more practice, but it became such a powerful message. Even the models themselves were feeling confident and brave. It went beyond the photos and into the message that they portrayed,” she continued.

The project not only raised awareness on important issues, but it also showed that one is not alone and all of us face difficulties on a daily basis.

“I Beat is meant to show that although you may not have completely overcome it yet, these individuals are getting there and are on a positive journey,” said Tognetti.

“I hope through capturing these photos, these individuals could transform their previous vulnerabilities into strengths. Using this project, I want to empower individuals to break through their barriers and to acknowledge themselves as the strong and powerful people they are today.”