Indigenous students reflect on their time at the university.

This National Indigenous History Month, Indigenous students are sharing their experiences at UBC. From classroom debates to leadership across campus.

[Mike Wesley was given to me by my parents. However, from my education, I have learned that those names kind of come from the colonial kind of construct that has taken over our culture. My Gitxsan name that I have now, Gama-Gyahlax and has passed on, through generations, after generations, maybe for hundreds of years, and I’m really proud of that.] 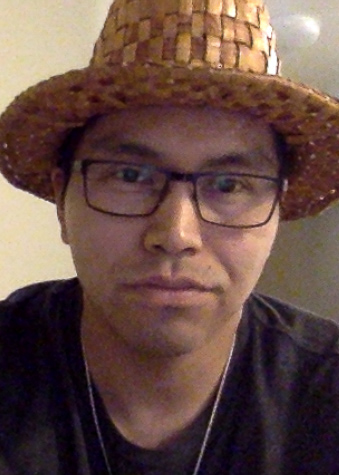 What has been your experience as an Indigenous student at UBC?

What are some of these challenges?

There are some [more apparent] situations like the culture change from having grown up on a reserve with all my family around to not hav[ing] my family around me or nothing really here. And things are often done differently than they’d be done in my culture. Often I am also the only Indigenous person in a lot of my classes. So that’s kind of weird and challenging because people don’t really understand where I’m coming from. I feel like nobody really understands the kind of the systemic racism battles that Indigenous peoples are dealing with.

There have been weird interactions with group partners where I would be challenged about my lived experience as an Indigenous person because they have all this theoretical knowledge that they have read about Indigenous peoples and the history of Canada. And those types of situations are really emotionally draining because it affects me more than it does the other person.

I feel like people tend to think of Colonialism as an event that happened in the past, but it’s happening right now. Thriving. And people think all this stuff happened a long time ago, but I’m actually the first generation to not go to residential school. My father went to residential school. He only survived because he’s resilient like that. I have two children myself now. And somehow I came up off this reserve, and I’m at this Ivy League school now. I’m just kind of proud that everything turned out this way and that I’m about to finish all of my education here.

[My first name is Asia, but I go by my middle name, Sotera, because it’s nice. It’s unique, and it’s my great grandmother’s name on my Filipino side. So, it’s sort of a connection to her to that side of my heritage.] 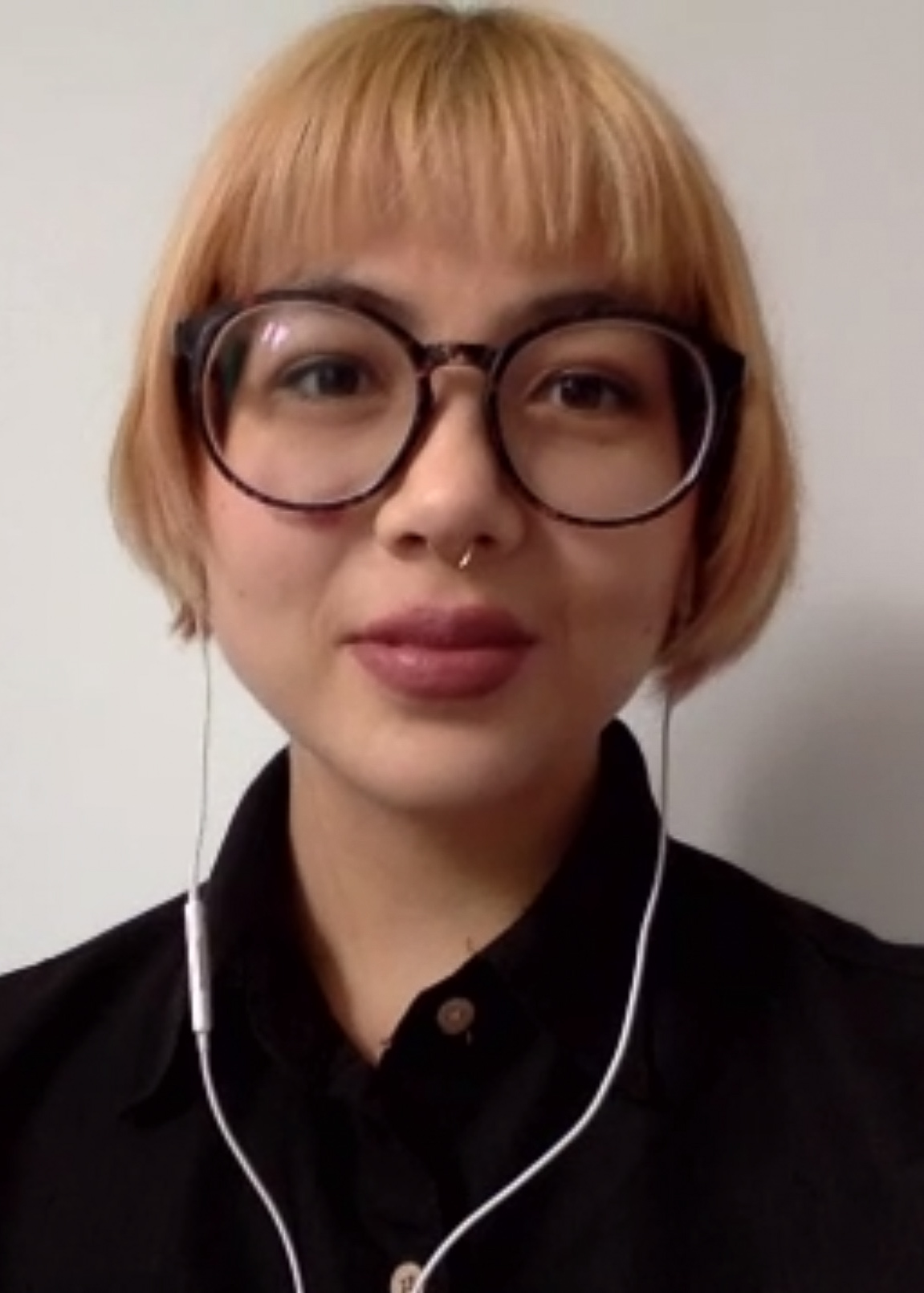 Tell me about your experience being an Asian and Indigenous person on this campus.

Honestly, growing up, I was not very aware of my Indigenous history or anything. My dad’s pretty white-passing and he has unfortunately experienced a lot of internalized racism. So we didn’t talk a lot about that side of our heritage and stuff. So for me, coming to UBC was one of the first opportunities, I had to connect with my Indigenous peers. I’ve also met a lot of [Métis kids] who are in my boat. There’s been a few of us who have sort of gone through this together and now have somewhat of a more thorough understanding of our own history.

I definitely felt really awkward, going to the Longhouse and stuff. [I’d ask myself] ‘Am I native enough? ‘Do I even belong here?’ ‘Can I be in here?’ I mostly just look Asian, but the more time I spent in the Longhouse I got a lot more comfortable because a lot of my peers all look different.

What is the importance of the Indigenous Collegium and the Longhouse for you?

It’s important because we don’t have to worry about other people’s perceptions. [Because I don’t look visibly Indigenous] when I’ve told people that I’m Indigenous, I’ve literally had people tell me like, ‘Oh, you only got to UBC because you’re native.’ [Or they would ask me] ‘Do you get to go to school for free?’ Or, ‘But you’re so smart. Wasn’t your childhood difficult?’ The Longhouse is the most, open accepting space I’ve ever been not even on campus, but ever. We all are from different nations and have our own traditions. It’s really cool when I go to the Longhouse and I hear someone, singing or playing their drum or something or watching them do the beading. It’s a place where I feel comfortable, experiencing these cultural things that I never got to when I was a kid.

[My English or settler name is Lyam Donetz. My traditional name is G̱usdidzas. And that name was one of my Papa’s [Great-Great Grandfather’s] names. And then I got it when I was born.] 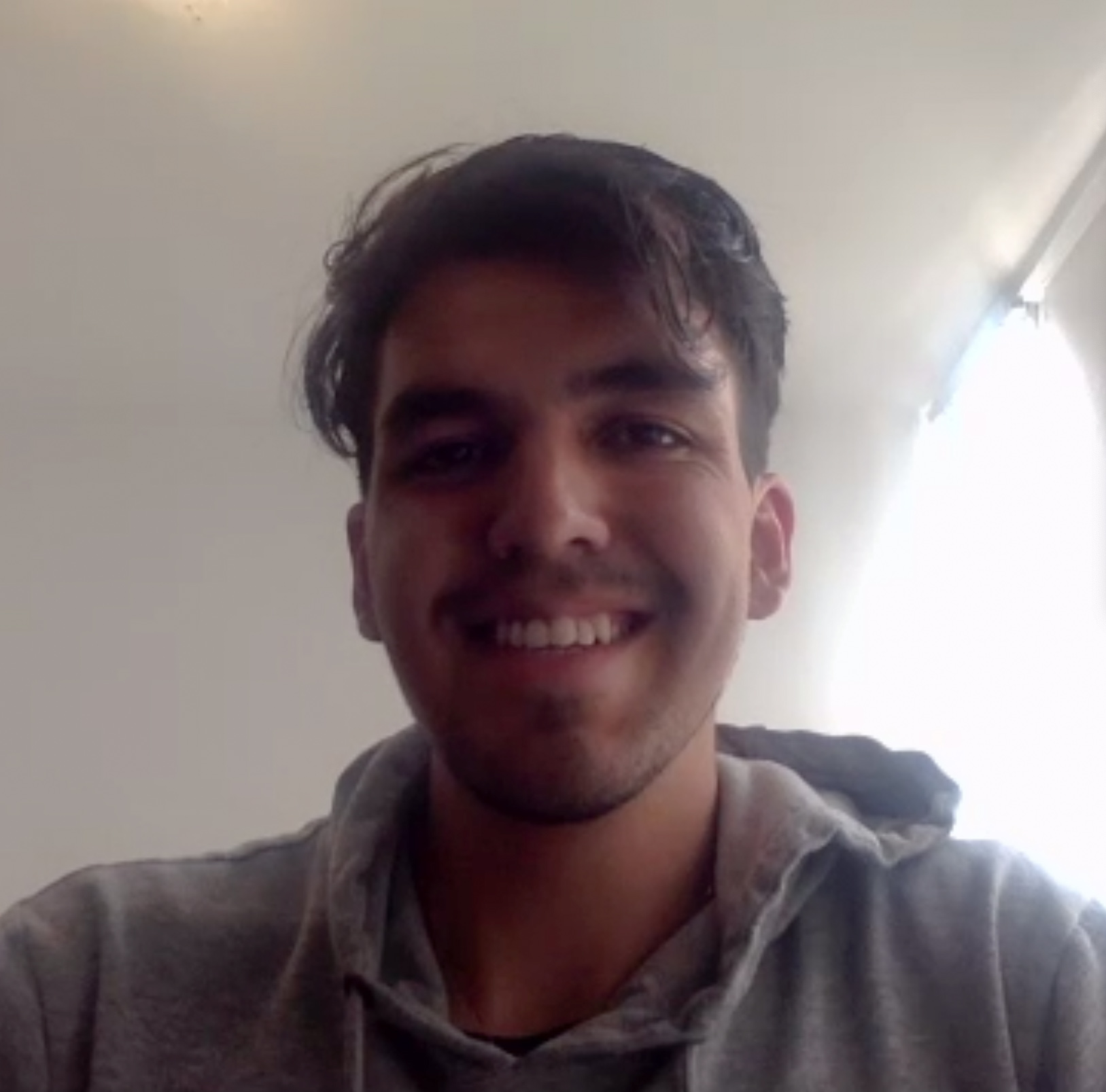 What has it been like being an Indigenous student on this campus?

[I am in the Indigenous Teacher Education Program in the Faculty of Education program (NITEP)] which is super awesome. I love NITEP. And my Mom did NITEP for her undergrad [so I am a] second-generation student. I’ve made some great connections through NITEP and I’ve met a lot of awesome people and also the faculty is amazing. It’s kind of a safe space where we can talk about things that aren’t going well at the university. There are things that professors have asked that are really bad. [For example, we talk about] these experiences with professors who might not understand where we’re coming from.

Why did you choose to take NITEP?

What do you see as a positive future for Indigenous students at UBC?

[My name is Wenonah North Peigan. I used to not like it because there was no one else with my name. But as I’ve gotten older, it’s gotten a lot more special meaning to me, it’s a way to identify and ground myself. My uncle gave me my name. It’s from a story in my mom’s language, about a woman who gave birth to Nanabozho who’s a trickster character. My last name North Peigan is from my dad’s side, in a story about the borders. Because before colonization, the Piikani nation, where I’m from, used to be one big band before they got separated by the border. I still have an iffy relationship with that and I’m still coming to terms with it.] 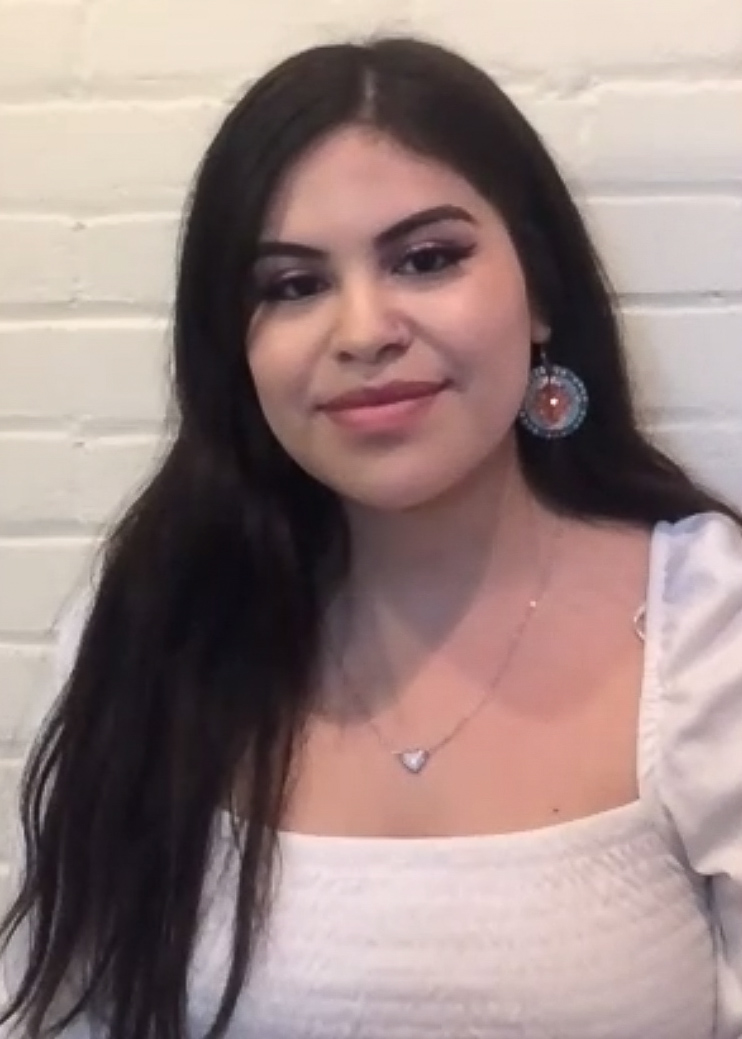 What is it like to be Indigenous on campus?

I remember when I was starting in my first year, I didn’t really feel like there was space for me on campus or anyone like me or people who understood my experience. This past year, I worked at the UBC Longhouse with the Indigenous Collegium program. Me and another student were the co-supervisors of the team collegiate advisors. What was really unique about this was that this was the first year it was for all Indigenous students, regardless of what year [they were] in or if [they] commuted or not. We got to foster a sense of inclusive community for these students to come in to talk to us … I think that has been the most special thing for me.

What was your experience working at the Museum of Anthropology (MOA)?

There was only one Indigenous person there and I can’t imagine working in that environment. It is really hard for students who are in high school to kind of understand the complexity of a Totem pole being [there]. Especially students who [go from seeing them] in their communities [to seeing them] in a museum, especially when [they] see totem poles that have been cut in half to preserve them. But really, it’s like, what are they preserving here? And who are they preserving it for? I think the MOA does a lot of great work to make things more accessible to people, especially for community members who might not live in the community to come see, or artists to come learn more about work. But I also think the MOA, along with many other places on campus, has a lot more work to do.

It’s going to be a big structural overhaul. That means more Indigenous people in all places on campus. So not just in the native and Indigenous Studies program. I want to see more Indigenous people in all the programs like business and law and all of that. And I think a lot of it is when they bring people here, there is so much celebration about having an Indigenous chancellor but I think there needs to be a lot more done in retaining Indigenous students and faculty and staff. Because when I started I did see a lot of Indigenous students burn out because it’s hard when you feel like there’s not enough support or adequate support for you. And I think some has changed since I started, but I think having more support for Indigenous peoples on campus would be the best starting point.

[My last name is like a combination of two Cree words: moniyâw (white man) and sôniyâs (money). So I guess my name and last name is kind of a hybrid of white man and money.] 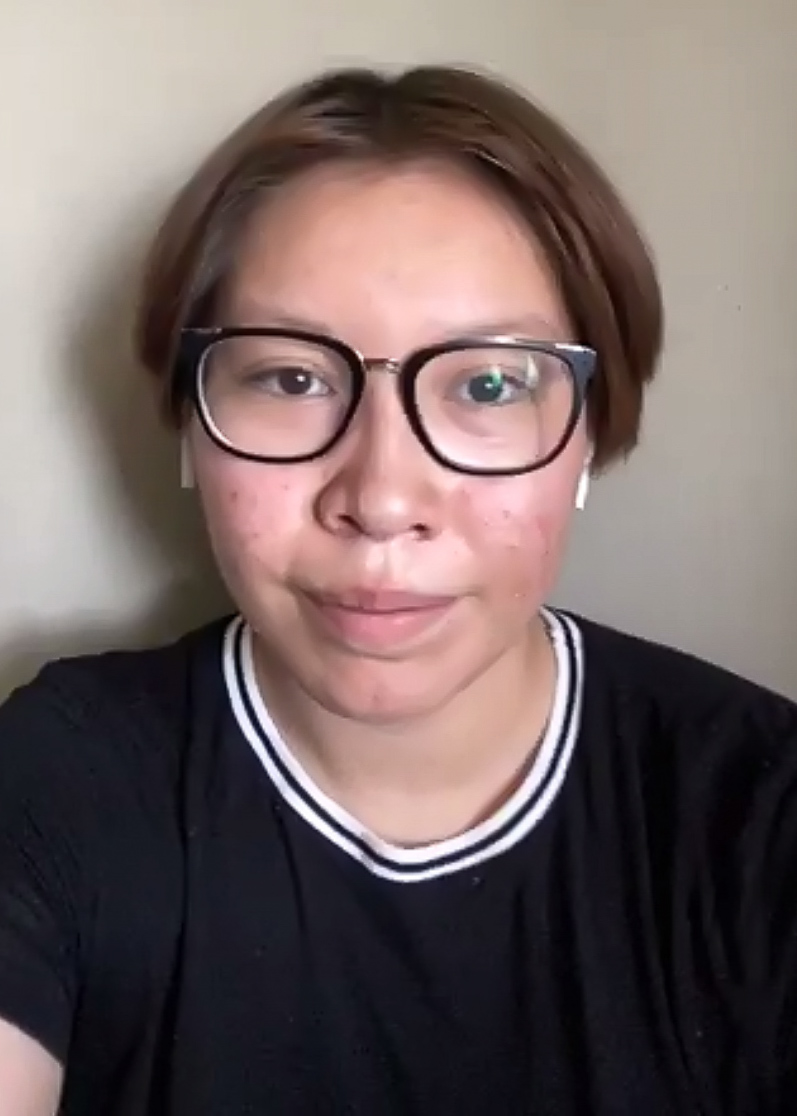 How was your first year at UBC?

This past term [was] my first year at UBC and I had the best time ever. I did so many great things. I met so many great people and I really learned a lot about myself. I joined the Indigenous Committee, I found it through the collegium, the Indigenous Collegium was one of my favorite places to go because it was all Indigenous kids studying. And then there were the collegial advisors [who] were so great and supportive … I spent my first year being co-president [of the Indigenous Committee], and we had a lot of really great things planned. We were in the middle of planning for a Powwow and we even booked the Thunderbird gym, and it was gonna happen, and then COVID-19 happened. [UBCC350 held] a walkout for Wetʼsuwetʼen. And they needed an emcee and they wanted it to be an Indigenous person preferably and so they reached out to me … But everybody I asked didn’t want to do it — they were too nervous. So finally, I was like, ‘Okay, I’ll just be the emcee.’ Being an emcee for that was amazing. It was so invigorating to lead chants and have so many people, say it back to [me]. And it was just really great to hear all of the stories.

What has been your experience being an Indigenous person at UBC?

There was one day in my conservation class when we were learning about conservation ethics. They put a quote on the board and it was a quote by a Cree elder about the environment. I thought that was really cool that somebody from my culture was like being used, [that] their words are being used to help teach us in a class. I had the opportunity to see the presentation of the Indigenous Strategic Plan and what they have so far ... And it just made me so hopeful to see them presenting like their findings. And so I can’t wait until that plan becomes a thing. However, we’ve got to make sure it’s actually implemented. Hopefully, I’ll be around to help make sure that we’re sticking to that plan.