Celebrating the Lunar New Year in a synthesis of cultures: the Piano and Erhu Project 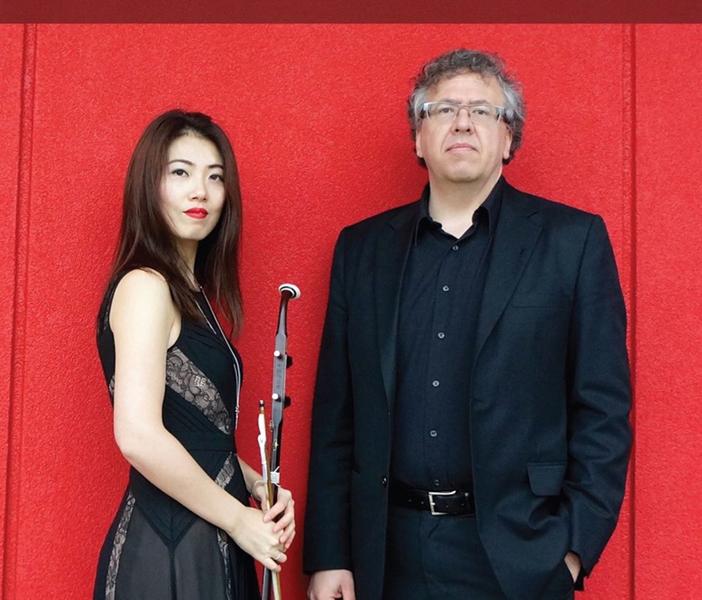 The duo are also fundraising to head to China on a PEP tour. Photo courtesy Corey Hamm

Did you know that listening to music triggers the same hormone in your brain, dopamine, that is released during moments of intense happiness or eating food?

In celebration of the Chinese Lunar New Year, Music on the Point Concerts with Personality presents The Piano and Erhu Project or PEP. PEP is a cross cultural musical project founded by UBC professor Corey Hamm (piano) and Chinese musician and Concert Master of the BC Chinese Orchestra, Nicole Ge Li (erhu). A unique rendition of the Chinese instrument erhu and western instrument piano, PEP synthesizes the best of Chinese and western music.

The concert showcases a selection of original compositions by Canadian and Chinese composers who are predominantly UBC faculty and alumni. The concert will also feature the world premiere of a new piece by UBC composer Stephen Chatman called Remember me, Forever.

“PEP is a mix of western and Asian cultures, which is evident in the music,” said Li.

The erhu, often referred to as the Chinese violin, is iconic of the Chinese culture as the piano is certainly iconic of the western. Hamm started learning the piano at age 12 and was passionate about the instrument, but has always had a growing interest for new contemporary pieces. Now he is a professional pianist and a professor of piano and chamber music at UBC School of Music.

Li, an erhu virtuoso, has played the erhu her whole life. After moving to Canada a few years back, she started playing concerts here in Vancouver. The duo met nearly four years ago and in playing together, they realized their instruments, musical stylings and have worked very well together. This led to the formation of The Piano and Erhu Project.

“There weren’t many pieces out there that were well suited for both the erhu and piano,” said Hamm.

With the founding of PEP, Hamm and Li commissioned contemporary composers to write pieces designed specifically for the erhu and piano. Now they have more than 60 pieces created just for them, ranging from avant-garde-style works to the more accessible familiar.

The composers had to integrate not the only dynamics of the two instruments, but also the relationship between China and the West. These pieces have been featured on two CDs that the duo has already released. The second was even nominated for Best Classical Recording at the 2015 Western Canadian Music Awards. In the upcoming year, PEP also plans to release two more CDs.

Moreover, in the summer of 2016, PEP will be doing a tour of four cities in mainland China. Their tour will introduce Canadian and American musical compositions to the music industry in China. Their aim is also to teach music school teachers and students more about playing the erhu and piano together. To enable this, they will conduct workshops. With so much on their agenda for the forthcoming year, PEP is also proud to announce that they now have their own agent.

Hamm and Li are both very excited to celebrate this Lunar New Year and to drum up even more excitement for PEP, the erhu and piano. At the concert this Friday, PEP will provide the audience a chance to experience the confluence of the two different instruments and an opportunity to listen to several compositions by members of the UBC community.

The PEP concert will be held at UBC Barnett Hall on Friday February 5 at 7:30 p.m.