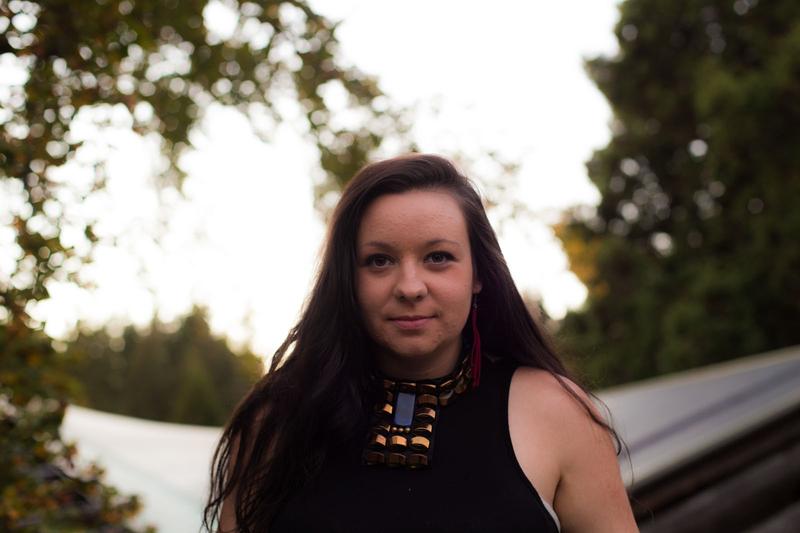 A PhD focusing on aboriginal theatre is next for Grauman. Photo courtesy Tai Grauman.

Since her first community play at age 10, Tai Amy Grauman has been drawn to the stage.

“I was a dancer my whole life and then an actor,” she said. “I cannot remember a point in my life I haven’t been doing theatre.”

Currently, Grauman is part of the Full Circle First Nation Theatre Company as she completes a BFA in Acting with a double major in Indigenous Studies. Grauman has received recognition for her years on stage by being selected for the 2015 Mayor’s Arts Award for Emerging Artist in Theatre, nominated by Margo Kane, a prominent figure in Canadian theatre.

Grauman particularly emphasizes the honour of being nominated by Kane. “I admire and respect Margo so much and she’s a woman with a very strong voice," she said. "Knowing someone I respect so much publicly believe in me is the biggest part. Even standing on stage with her was surreal for me.”

Grauman describes how the award “represents the promise of the next generation” in theatre. She was selected as “a strong Métis woman with a voice."

Looking through Grauman's portfolio, it's easy to see why she's being recognized in the Vancouver theatre scene. Through writing and acting, Grauman has addressed several pervading political and social issues. Her screenplay Faith, performed in Alberta last year, focuses on two young girls with eating disorders.

Not only does the play address a critical contemporary issue, but Grauman incorporated social engagement with the performance by including a fundraiser for two foundations — The Looking Glass Foundation and Project True, which both aid those who suffer from eating disorders. While Grauman says the funds raised were modest, the awareness generated added significance to the event.

“It was getting students to donate, that was the cool part," she said. "These were students and they didn’t have much to give.” The dream, she said, would be for the play to tour high schools to support teens who are particularly susceptible to these issues.

Grauman has also participated in projects that challenge traditional elements of theatre. She refuses to be restricted to “ingénue roles" — archetypical, innocent female leads.

"My classmates and I practice gender-bending a lot," she said. "A big issue in theatre is that there aren’t a lot of roles for women." This is evident particularly in established plays like those of Shakespeare and Moliere.

Grauman has also contemplated how her roles connect with her Métis identity.

“As a Métis person studying classical theatre, [I had to discover] what it means for me to be doing Shakespeare,” she said.

When Grauman performed in Galatea — produced by the UBC English department — a similar issue was addressed. The adaption gave the play an “indigenous spin” to acknowledge the fact it was being performed on unceded Musqueam territory, posing the question, “When we perform classical works, should we be taking into account geographically where we stand?”

Grauman is focused on theatre that reflects “real people, real things and real issues we have in Canada.” She hopes to see more indigenous actors playing indigenous roles as well as drawing more attention to Canadian theatre in general. For example, she appeared in a modern adaption of School for Scandal this summer that reflected on Vancouverites’ preoccupation with reputation and appearance.

As for her future, Grauman’s main goal is to get a PhD focusing on aboriginal theatre and also plans to continue pursuing writing, directing and acting.

“I’m the kind of artist who can’t have one without the other," she said. "I’m a bit of a hurricane.”

With such interesting projects underway, this will be a hurricane to watch.