Mina Shum on the ‘life sentence’ of entertainment business 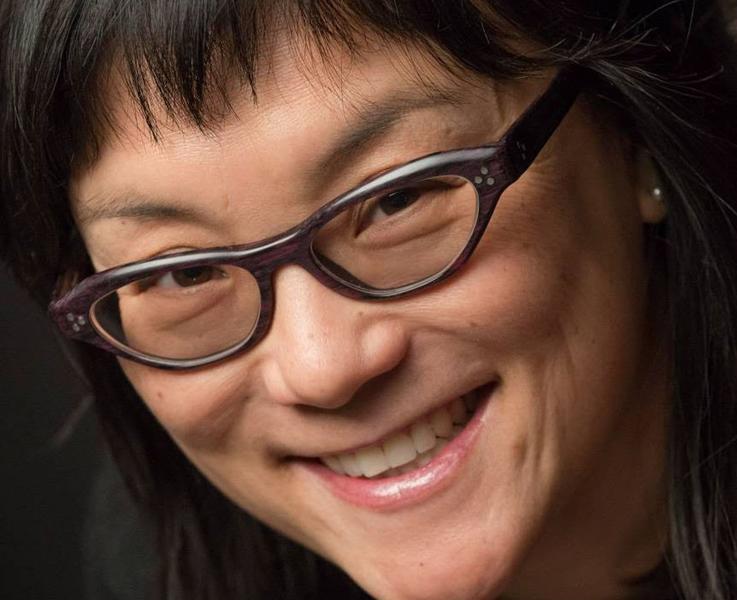 The punk rock movement is, according to Shum, one of the main influences in her work. Photo courtesy Chan Centre

“I remember I scared the shit out of my parents when I was seven by telling them I wanted to become an entertainer," said Mina Shum, a UBC alumna who has created a name for herself in the Canadian film industry by winning numerous awards for her shorts, featured films and documentaries. “I actually got down on one knee like Al Jolson, spreading my arms out, and my mother goes, ‘Oh no you don’t’!'”

However, her journey has not been an easy one, proving to have its own share of struggles.

Born in Hong Kong, Shum immigrated to Canada with her family when she was young. Coming from a working class immigrant family, she knew her parents wanted her her to be better off than them. At that time, a BA in theatre and a diploma in film production — all of which she financed herself — was not the traditional way to go about doing so.

“Nature? Nurture? I can’t even tell you,” she said. “I think that if all digital media disappeared, I would be putting on puppet shows at the bus stop for you — it’s my passion. Or as Leonard Cohen calls it – a life sentence.”

For Shum, following her passion had risks and when hearing her story, you wonder where the courage to take a risk with so much at stake — both socially and economically — came from.

“The whole punk rock movement was a safe place for me to embrace the fact that I was a freak compared to what the rest of the world was showing me,” she said. “I found a power in the fact that my parents said no — that the world said no. You’ve got this idea that a human hero journey does exist or else we wouldn’t be telling each other about it.”

“But really it’s about finding the freedom to do what you like because the saddest thing is not expressing yourself at all. I don’t think everyone is going to make a living from their passion, it just doesn’t work out that way,” she continued. “Take singing for example — I think everyone should sing, especially if that’s their passion. Even if it doesn’t become their career, they should find the time to sing because that will make them a better human.”

Before being accepted to UBC’s film program, Shum was rejected not once, but twice.

Shum is currently in the process of financing a new film casting a 60 year old, Chinese female as the lead, something quite unusual in film pool today. That perception is exactly what she hopes to change. Many of her films use two languages — sometimes three — and she often casts actors of colour. While this may not seem like a weighty decision, the economic reality is indeed very different.

“I am fighting ageism, sexism and racism to be able to get my films funded. All the people who want to fund my films — they’re not racist, they’re not sexist — they are people who are pro-humanitarian, but the dollars speak. There are only so many actors in the industry who can bring in the money and often they are white, male and young.”

These are issues that Shum is no stranger to and her sentiments are reciprocated by the recent #OscarSoWhite campaign.

“I hope to break those glass ceilings both as a female as well as a female of colour. Yet here I am, reading about Justin Lin, who is doing the next Star Trek movie [and] talking about his problem casting diverse characters in his films and trying to get them financed,” she said. “As I climb higher up the ladder, I see prejudice take more insidious and almost polite incarnations, making it much harder to fight against.”

Within each of her works, Shum aims to reveal something that she hasn’t seen before.

“I’m most excited when I’m exploring something that I haven’t seen in traditional media, whether it’s a shade of emotion, a character or a situation,” she said. “[It's] an airing out of the unconscious because I know that if I’m responding, others are as well.”