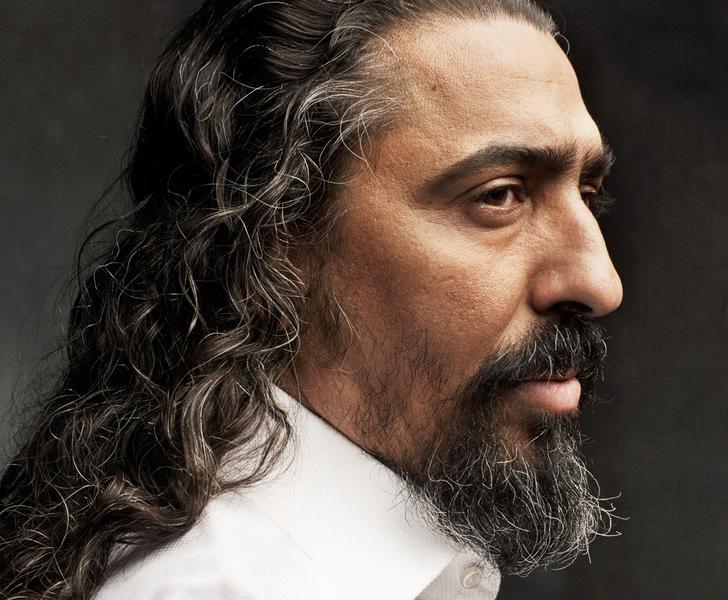 How often is the Chan Centre for the Performing Arts filled with salsa and flamenco vibes, where audience members cannot resist the urge to get up and dance? On November 20, The Chan Centre hosted the sold-out show of vocalist Diego El Cigala who is currently on his tour, Indestructible, accompanied by a talented ensemble.

Mesmerizing and powerful, Madrid-born Cigala’s voice carried, lingered and haunted throughout the theatre. His voice has been called “natural, inspired [and] drop dead gorgeous” by the BBC. The concert gave a preview of songs that are going to be on his newest album named after the tour. It was not surprising then that the show was sold out.

It is not easy to go and watch salsa and flamenco-type music. One’s legs simply cannot sit still… It’s just not natural. Combine this with an audience consisting of people from Latin-America, Spain and Portugal to name a few, and you are left with individuals who simply must get up and dance. It was nice to see Vancouverites follow suit and loosen up a little. These brave souls could be seen showing off their moves by the stage, the doors, in the aisles — and with that, Cigala’s concert came to life.

Cigala seemed to comfortably form a connection with his audience right from the start as they shouted compliments to him in Spanish, which he would acknowledge and occasionally respond to. At one point, someone from the audience shouted out guapo! (good-looking in Spanish) to which he reacted with a shy waving gesture and when it was shouted several more times, his modesty vanished and he motioned a finger to the air and said, “Damn straight I’m guapo!” or something like that.

The rest of the band also had their own equally strong personalities. Daniel Diaz — who was on the congas — took over the stage several times as he went off on his own beat and tempo while the audience gazed on, captivated by the speed and motion of his hands. Even the bass player and dancers seemed to be adding their own style and rhythm. Jaime Calabuch, showing off his piano skills, would take over the stage during transitions or when Cigala was taking a short break and hydrating with an unusual looking, bright orange drink that he kept beside him, which was replenished several times throughout the performance. It was quite entertaining to watch — every 30 or so minutes, Cigala picked up his empty glass and waved it around, and sure enough, someone would come running onto the stage with a brand-new glass containing that orange liquid. It looked too clear to be orange juice. Maybe it was Fanta. Could Fanta be the secret to making your voice sound so captivating and strong? If so, then we should all start drinking Fanta and that is how it ought to be advertised. Cigala could promote it.

For those who are not as familiar with the music and choose to remain in their seats, the songs can begin to sound repetitive. Also, as the show was late to start by 20 minutes, the intermission was cancelled and it was announced that pre-ordered drinks could either be refunded for the inconvenience or gotten anytime during the show. People getting up throughout the performance and coming back with a drink in hand became more common as the evening progressed. Alas, the importance of an intermission is yet another one of those things that is understated and deemed unnecessary, but for a show that lasts more than two hours, it is something that one quickly learns to appreciate.

Diego El Cigala’s performance at the Chan Centre was worthwhile to the salsa-lovers of Vancouver and a remarkable opportunity for those keen to experience seeing such a performance live. For everyone wanting a tasteful infusion of salsa, tango, flamenco and Afro-Caribbean jazz for whatever purpose, Diego El Ciagala is a vocalist you need to check out right away.