Review: Ghosts by UBC Players Club deals with facing the realities that we pray aren’t true 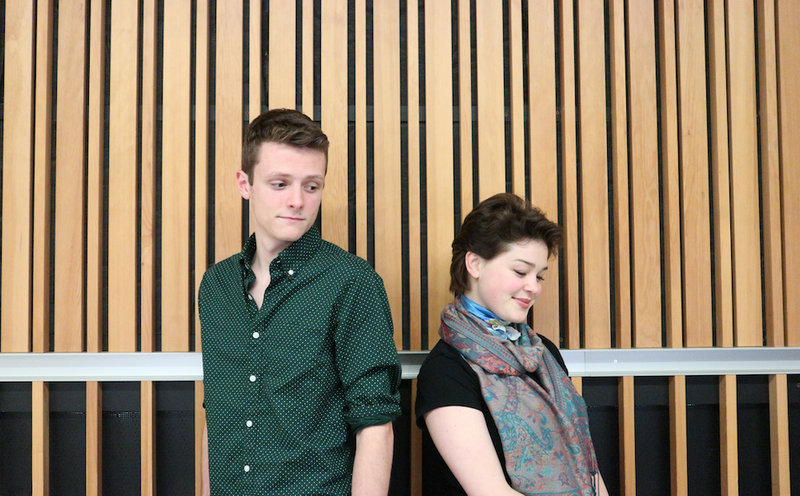 This two-hour play built a clear narrative that was revealed piece-by-piece in every passing conversation, turning preconceptions from this period on their heads. Courtesy UBC Players Club

This question, among many other twisted inquiries posed throughout Henrik Ibsen’s Ghosts, shaped a whirling narrative that was framed by unrelenting and holistically passionate commentary. Such questions were never explicitly answered, but the UBC Players Club explored them individually through the filter of each character’s virtues and sense of morality. This left the audience wondering what it really means to judge another based on one’s own biased views and opinions.

The intimate family drama dropped the audience head-first into the abyss of 19th-century familial and societal relations. The characters were witty and headstrong, never afraid to abuse the power of an opinion. Flaws and secrets were inadvertently, confidently or necessarily revealed, with every character falling prey to an idealized version of themselves and the world that proved time and again to be simply unrealistic.

The dynamics weaving between characters were palpable — almost tangible. The tension or relief displayed in an actor’s body language as soon as they interacted with another enriched the scene with the captivating aura of intention, mirroring the purpose that was intertwined with every spoken word.

The audience was seated in a circle around the set, which was sprinkled with plain household props. The viewers were sometimes so close to the actors as they twirled and stumbled across stage that you could reach out and graze them.

This two-hour play built a clear narrative that was revealed piece-by-piece in every passing conversation, turning preconceptions from this period on their heads. Each character’s point of view morphed a concept held in high esteem into something unrecognizable, even poisonous: religion and duty crumbled into sin and misfortune. Freedom became immoral, while good reputations dripped in toxicity.

Ghosts exemplified the self-reflection and mistaken idealizations that strike the pure of heart with the hardest downfall. Exterior and interior turmoil throughout the play held a power over the audience, keeping everyone gripped in a frozen stare. Wishing you could turn away from the truth is never enough — this play will engrave the very ghosts of memory and immorality into your unwilling soul.