Review: Vancouver: No Fixed Address tackles the housing crisis through the lens of Vancouver’s own citizens 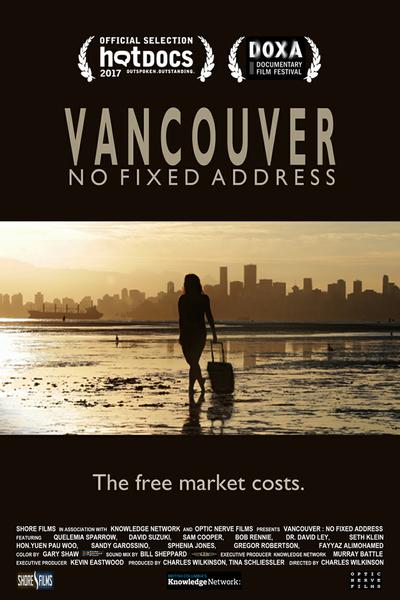 Vancouver: No Fixed Address, directed by documentarian Charles Wilkinson, portrays the worrying realities of the Vancouver housing crisis. Shown at the DOXA Documentary Film Festival, the film explores the path taken from being a city once loved only by locals to being a top immigration destination, particularly for those from Asia. With prices rising while wages remain the same, there is also an increasing number of foreign buyers, discrimination from landlords, and a lack of knowledge regarding the land’s history.

All of these issues are shown through the lens of Vancouver’s own citizens, with the film focusing on perspectives of immigrants who have fulfilled their dream of becoming homeowners in this beautiful rainy city, alongside born and raised Vancouverites who can no longer afford to make Vancouver their home. It also showcases the thousands of people who find themselves with no option but to sleep on the streets or in their cars — an outrageous truth in a place that has been declared one of the most livable cities in the world. The documentary reminds its audience that homelessness should not be seen as a new norm.

Wilkinson argues that the housing crisis in Vancouver is more than just issues of supply and demand. It centres around people who have lived in this city all their lives being forced to leave, young couples unable to find appropriate spaces to raise their families, and students forced to reside in unsuitable living conditions. Most importantly, there is the cruel history Vancouver has to tell regarding the first owners of this land.

Wilkinson proposes several ways to solve the city’s issues, such as implementing higher taxes on empty houses and using those funds to build more social homes, and giving land back to Indigenous people. While these resolutions are plainly explained, the documentary strayed away from discussing the consequences of implementing them, as well as how these resolutions are or are not compatible with the provincial government.

For anyone who has been rejected by UBC student housing or whose parents don’t pay entirely for rent, the struggle of finding a livable place at a reasonable price is a common grievance. Students often end up living in overpriced basements deprived of daylight. Vancouver: No Fixed Address tells a story that many of us are already aware of, but still manages to do so in a captivating way. With beautiful takes of Vancouver, even on cloudy days, and an amazing soundtrack featuring local street musicians, Wilkinson further opens our eyes to the realities of the housing crisis, and how things are only going to get worse.