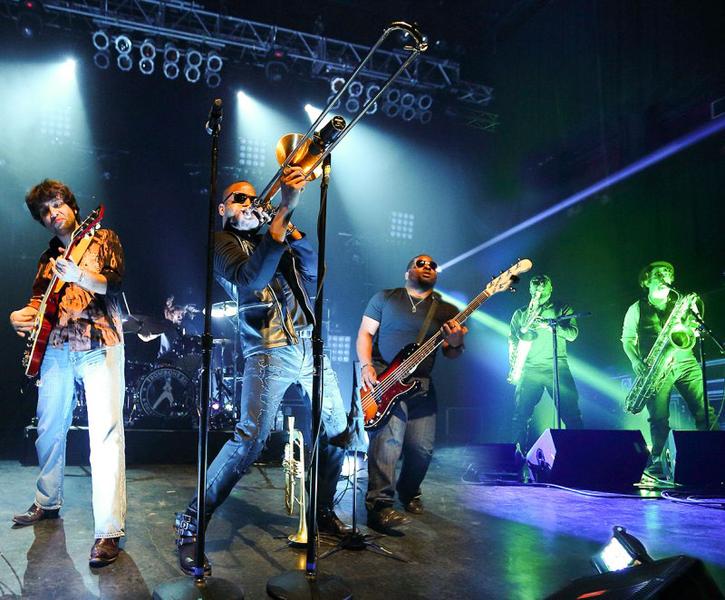 This Sunday at 7 p.m., the Chan Centre will play host to an artist whose talent and style consistently defies genre and convention. Trombone Shorty and Orleans Avenue are neither jazz nor pop, rap nor hip hop, but rather everything in between. They are a wild and thoroughly unpredictable bunch with a rich, entertaining sound that will fill the concert hall. The performance is worth seeing, if only to witness Trombone Shorty on what seems to be an unfettered upward trajectory to greatness.

Trombone Shorty, born Troy Andrews, took to music from a very early age. By the time he was six, he was already a bandleader and he later attended the New Orleans Centre for Creative Arts.

In 2005, Andrews became a featured member of the horn section in a tour with Lenny Kravitz, the first of countless high profile involvements and collaborations with some of the best contemporary musicians in rock, jazz and practically every other genre. In 2006, he began working with U2 at Abbey Road Studios, which eventually led him to perform on stage with both them and Green Day.

Andrews’ album, Backatown, remained on Billboard magazine’s No. 1 spot for nine consecutive weeks and soon after, under the act Trombone Shorty & Orleans Avenue, he began touring across North America, Europe, Japan, Brazil and Australia. This tour included performances on Conan, the Late Show with David Letterman, The Tonight Show with Jay Leno and Jimmy Kimmel. In addition, he recorded on the CDs of Galactic, Eric Clapton and Lenny Kravitz, as well as the song “Down In New Orleans” with Dr. John, which was nominated for an Academy Award.

It is quite apparent that Trombone Shorty has, for most of his career, occupied a place just outside the spotlight. His collaborations and connections run beyond count — from a strong friendship with the Foo Fighters, to lending his trombone in the voicing the adults in The Peanuts Movie. But now, there seems to be a definite move towards the sort of celebrity and attention which he has, until now, only ever brushed against. Watch any of his music videos or his NPR Tiny Desk Concert and you will see a man who is angling up for stardom — to headline shows instead of collaborate on them and become known for the music he plays rather than who he plays it with.

It is undoubtedly achievable. His talent is on point and his style is original while also being true to its influences. The characteristics of jazz, funk and blues run through every note of his songs and imbue the lyrics that occasionally pepper his discography with a strong sense of their genres’ past. But Andrews, unlike many, seems unafraid to experiment and innovate. His music is thoroughly modern in how it embraces new styles and unexpected approaches to sounds that otherwise often alienate listeners for being too stuck in their traditions.

In this way, Trombone Shorty is thoroughly one of a kind and has placed himself on the frontier of experimentation in seeing just what a trombone can do in the modern world of music. As the people at the Chan Centre have put it, “Trombones are cool again, thanks to Trombone Shorty.”

The performance will mark the beginning of an exciting season at the Chan Centre, which features an impressively diverse and thoroughly eclectic array of performances. Tickets are available here.